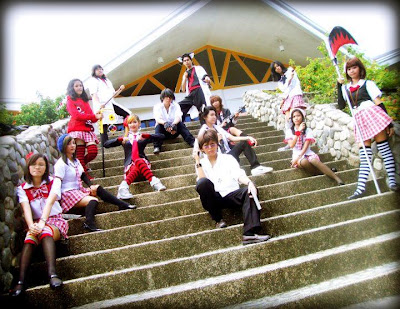 ZANEC or the Zamboanga Anime-Nihon Enthusiasts Coalition held it's first group photoshoot last August 31, 2011 at the Butterfly Garden, Pasonanca Zamboanga City. The members of this otaku group created their own characters as the concept of the shoot was "Teachers and students wielding powerful weapons." The lot did well before the camera but a few of them really stood out: 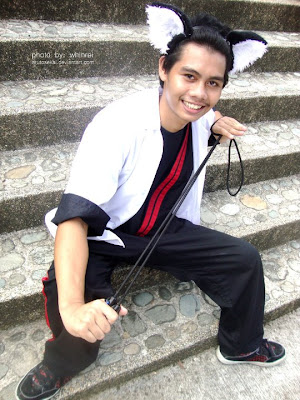 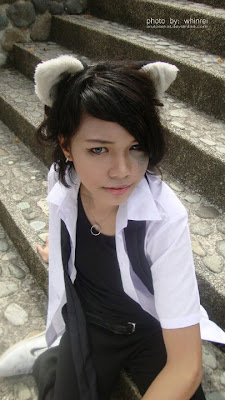 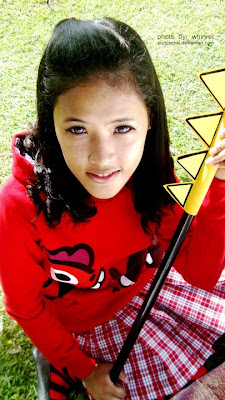 Others were also great posing with their awesome weapons and with other characters. Of course, out-of-character-photos are sometimes the funniest! 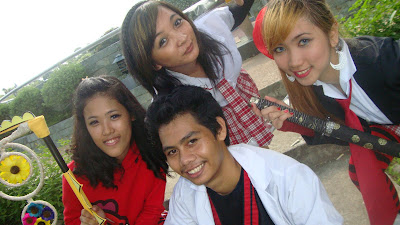 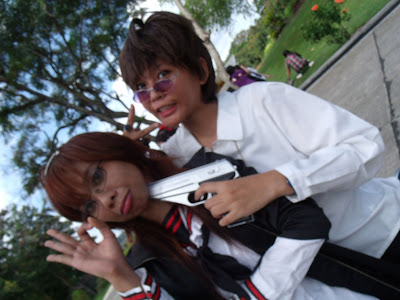 Shiba and ~yourstruly having fun posing out of character. 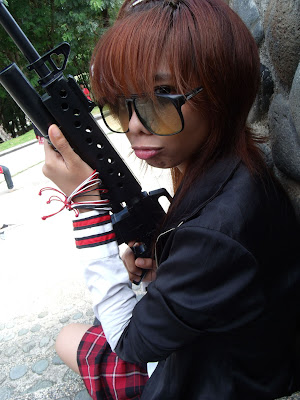 The members of this otaku group definitely had fun. Hope to see you guys on our next shoot! 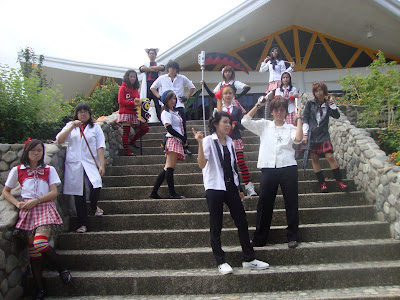 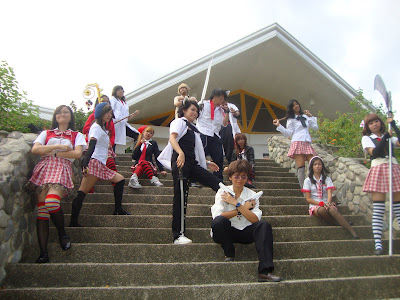 For more photos, visit http://arutosekai.deviantart.com/
at October 18, 2011 No comments: