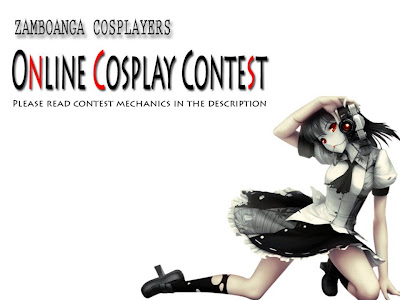 The Zamboanga Cospaly fanpage, headed by Whin, just launched their first ever online cosplay contest. The contest is open to all cosplayers from Zamboanga City. This was created to promote cosplay not only in Zamboanga but also in the entire Philippines. How to win is not only based on the number of photo "likes" but also on other the criteria set by the organizers.
As of now, four Zamboangeños submitted their photos to be judged by the administrators of the said Facebook page. The contest will end on December 18, 2011 and the winner will be announced on December 20, 2011.
For more details on the event, visit the album of the contest (Click here). 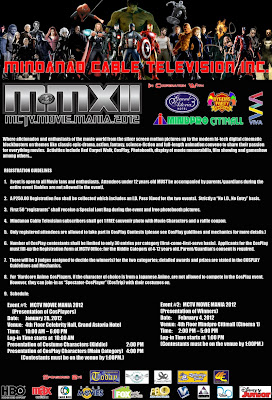 The official RSVP of the next cosplay event in Zamboanga is out! Visit the the blog post I wrote for this event here. I won't be able to go to this event for I have previous commitments that I cannot break. T_T


If you are planning to go, please do send pictures of the event so that I can share it here! E-mail me: yourstrulycee@ovi.com 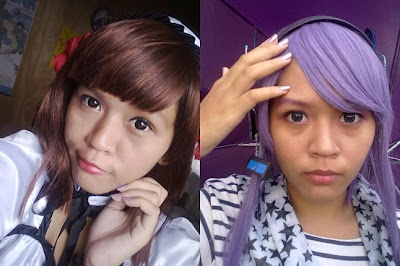 While on vacation (SEMBREAK actually), me and my mom had photoshoots of my MCTV OTAKUFEST 2011 costume, the Gothic Lolita Haruhi Suzumiya and my own version of Gakupo.


It was unfortunate at first because my camera gave up on me. Captured photos have unexplainable white lines (T_T). So we used my mother’s phone. It turned out well for a 2MP camera phone. Now I believe more than ever that sometimes, the camera does not matter as long as the photographer is good.


Mom was an excellent photographer, by the way. She had unique ideas for the shoot. I was planning to guide her in taking good shots but she turned out to be a good photographer! :)
So much for the words, here are the photos of the shoot:

My own version of Kamui Gakupo:
I still don't have any Kamui Gakupo costume. I am planning to cosplay the Sandplay version or Duke of Venomania. :) For now, I raided my closet and looked for decent pieces for Gakupo. I ended up dressing like a K-Pop artist (or so I thought. ^_^).
Here are some photos of the set. If you want more, click here. 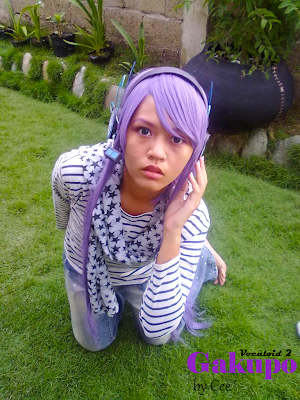 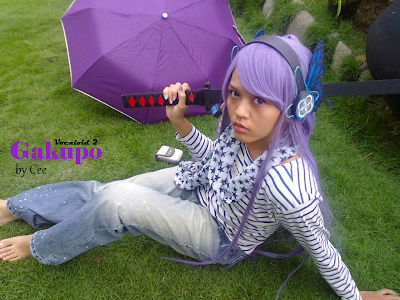 I wore the Magnet headphones I made to make it look more like Gakupo. And yes, that's Tensa Zangetsu, the only thing I have closest to a samurai sword. Gakupo wields a sword on his default version, so there it is!

Gothic Lolita Haruhi Suzumiya:
At last a decent shoot for this cosplay. This is the "girliest" costume I have. (HAHA). I imitated some of Haruhi's poses in her school uniform since the Gothic Lolita version does not have many poses. Turned out that I did not have the figure's original pose. OtakuFest all over again. :)
For the whole set, click here: 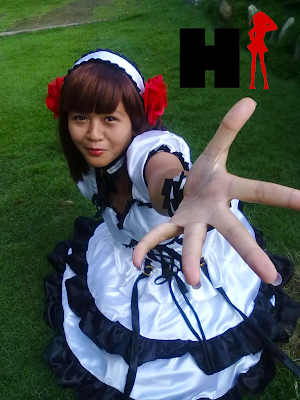 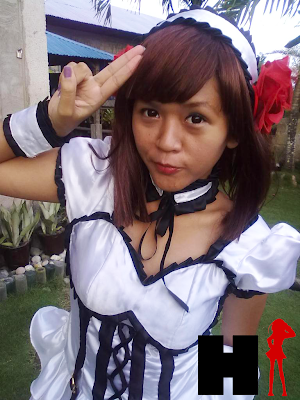 I made some videos too. (HAHA I was pretty bored!). If you have time, do watch it and throw some nice comments. :) 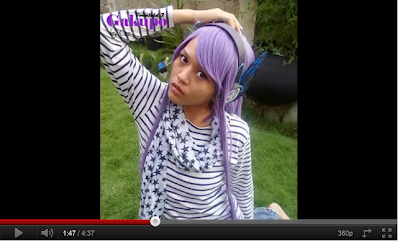 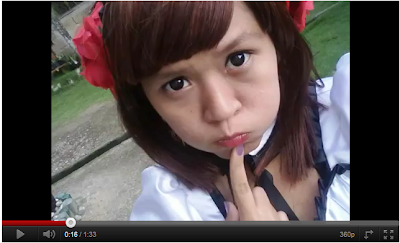 Upcoming events:
Rumors say that there will be another cosplay event by MCTV. The theme will be "Movies" and I am having a problem on who to cosplay. :|


I only have a few details about the said event. Will post updates here so watch out! :) 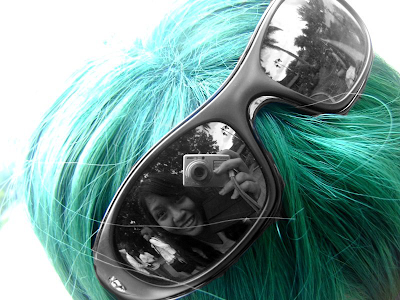 Another successful shoot by ZANEC: Vocaloid Mafia. The group dressed up as their favourite vocaloid in black and white clothes last October 22, 2011. Wielding dangerous weapons, we marched (what?!) to the Paseo de Jardin of Zamboanga and had the shoot with Western Mindanao State University’s University Digest photographers. I was supposed to be Gakupo but my wig did not arrive in time (T_T).
Enjoy these shots by yours truly! 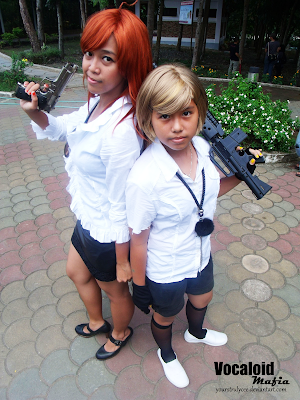 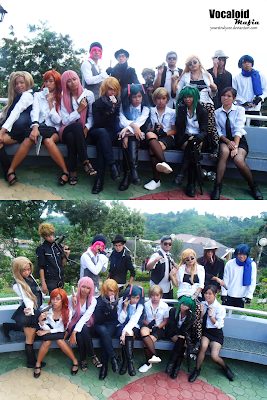 Welcome to the Family 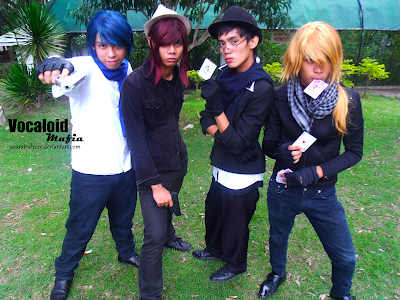 The Men of the Mafia 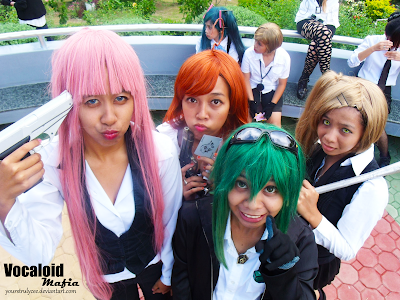 The Girls of Vocaloid 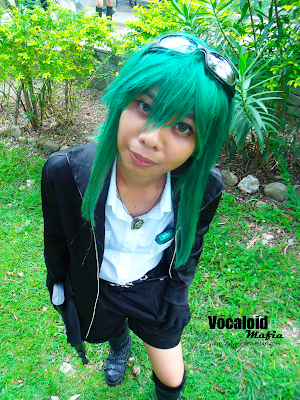 For more photos, credits and descriptions, visit my gallery: http://yourstrulycee.deviantart.com/gallery/
at November 05, 2011 No comments: