A DIFFERENT kind of achievement 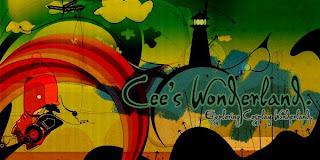 I was never really close to my mother. I respect her, yes. I love her and I pursued the course that she desired for me and I studied hard to get good grades. But we did not have any kind of an attachment that differ us from others. No moment to have girly chitchats or bonding time to learn more of each other. Then this hobby called COSPLAYING came in to my life.

What is cosplay?
Cosplaying or COSTUME PLAY is a hobby where fans of anime, manga games and many more dress up as their favourite character and pretend to be that character in an event, party or onstage in a competition. Cosplay Competitions are usually held in places where cosplaying is accepted and all cosplayers of different shapes and sizes come together to compete for the prize, the money or fame.

I tried cosplaying once and I became addicted to it. The more I watch an anime series or movie, the more that I became attached to it. And the time came when I entered competitions.

I cannot deny that at first, my parents did not understand the thought of spending a sum of money for costumes and wigs. My mother, in particular, was a little bit against it. According to her, it was a waste of time and effort to dress up “funny” onstage.

It all started at home...
At home, I showed her photos of my cosplay on the Internet and when I was in a competition, the “mother stage” nature of my mom emerged and she started helping me in choosing characters, shopping for fabric and looking for a talented seamstress to sew complicated costumes.

Then this competition came along and preparations started. My mother accompanied me in piecing together parts of my costume. From the choice of fabric to making the costume itself! While doing this, we shopped together and had a lot of moments laughing in the littlest things. I felt that I can actually treat my mother as my best friend, a thought that never came in my mind back when we have the usual time together.
At home, a wonderful costume was made and a bond between mother and child was renewed in a positive way.

The day of the competition came and I just hoped that I’ll enjoy the event and meet new friends with the same interest. At first I was a little bit hesitant to bring my mother. First, it will be a long event and I was afraid that she will get tired of waiting and waiting for hours. Second, she might find me weird doing poses and stuff. But I put those things aside and bought my mother a ticket to the event.

Here comes the day of the competition...
I never knew that it will be the cosplay event of my lifetime! My mother suddenly became my manager, photographer, makeup artist and my number one fan. She was so supportive, she was actually the one who pushed me to take photos with the other cosplayers and whispered me nice words when I was so nervous because of the competition. She actually asked me to take photos of her with other cosplayers!

During the event, one friend commented that I have a cool mom. Yes. Those words made me realize that I have a cool mother, a very supporting fan and a loving friend. My friends told me that I was lucky to have a mother that supports my cosplaying and even went with me during the competition. From that moment on, I appreciated everything my mother did for me. I loved her more after I saw how supportive she was in my hobby.

She took photos of me during the event

My mom with other cosplayers. She actually enjoyed the event!

Oh, my achievement you say?
It was achieving a great bond with my mother. Through cosplaying, we learned a lot of things together. I just love those moments that I know I would never ever experience if something like cosplaying would not enter our lives. And a little proof of this bond is when I won a special award from the competition. The trophy does not only mean that I stood out among other competitors. The trophy means that my mom and I did a great job in working together to create a wonderful cosplay. For me, the trophy says “To the cosplayer and to the person behind her cheering for her: CONGRATULATIONS!”
It was a GREATNESS that started at home and I am sure that it will grow there in each passing day of our lives. Email ThisBlogThis!Share to TwitterShare to FacebookShare to Pinterest
Labels: CEEcosplay