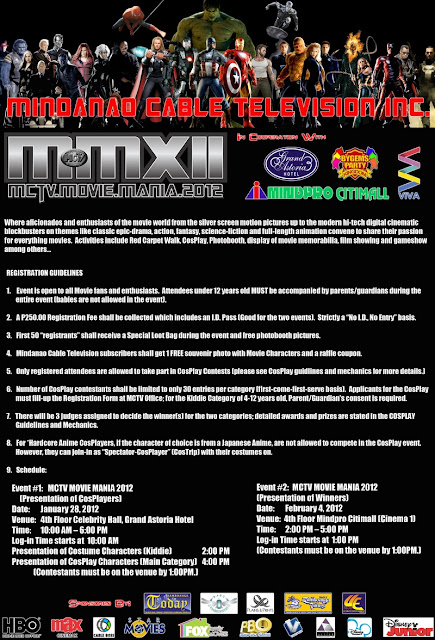 Cee as Gogo Yubari from Kill Bill Vol 1. Only two people identified me as Gogo. So I am guessing most of the congoers are puzzeld as to who am I cosplaying. :D

Why Gogo Yubari?
Gogo is Oren-Ishii's (Lucy Liu) personal bodyguard in the movie Kill Bill Volume 1. She was a crazy girl of seventeen who fought Black Mamba (Uma Thurman) in the house of the Blue Leaves. I cosplayed Gogo because I know that kids my age don't know Kill Bill and I guess cosplaying the character will promote the VERY AWESOME MOVIE.

I had so much fun that day! Everybody did a good job in portraying their characters. Some people were amazed by my weapon and asking where I got it. Well, I DID IT with the help of papang! I am so happy that they appreciated my hard work.

What happened that day?

Well, we arrived late! Not actually late for the competition, but late for Optimus Prime and Iron Man. After arriving, my friends told me that earlier, there was an Optimus Prime and Iron Man mascots who graced the event with their awesome moves and poses. I was like "NOOOOOO!!" and I learned my lesson and from now on, I will go as early as possible. Maybe next time they can get Kaname to visit the event and I shall be the first girl to have a photo of him with me. LOL.

Spectating was my plan at first...
Well yeah, I originally planned to be a part of the audience and cheer for my friends. I did prepare for Gogo Yubari but I was not totally sure if I will be able to join the competition. Luckily, we did not have any hospital duty that day! YAAY! I was practically jumping up and down after receiving a message from my dutymate that the duty that day was cancelled. :)

Anyway, here's what happened on that day...
Since I was already there, I pulled out some of my friends and other cosplayers to take photos of them. :D

And then, THE CATWALK!

Azumi was part of the first batch of Movie Cosplayers

How I did in the catwalk? Well, I REALLY DON'T KNOW! I did not practice that part so I just imagined Gogo Yubari and did her moves and expression (laughing and getting angry). So if you saw my catwalk/skit, PLEASE DO tell me how I did it for I was out of my mind when I was doing it. LOL.

WAAH! I really don't want to see a video of my catwalk. >_< I can imagine myself laughing and getting mad, waving the manriki like hell and jumping up and down.

After the catwalk, me and my mom started to take photos of the other cosplayers. What's the use of going there if you don't have any photos with them, right? :)

I think you can identify some of these characters. 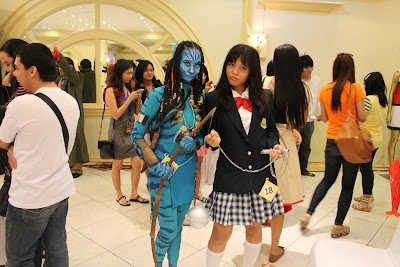 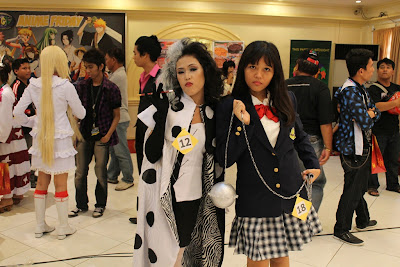 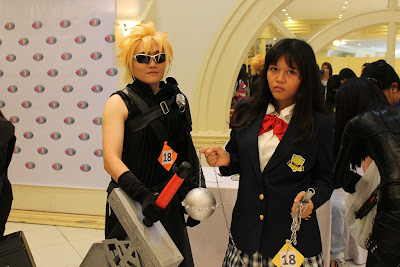 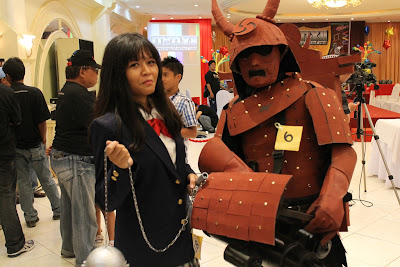 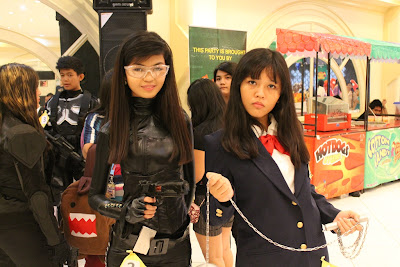 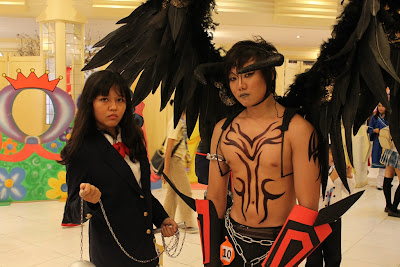 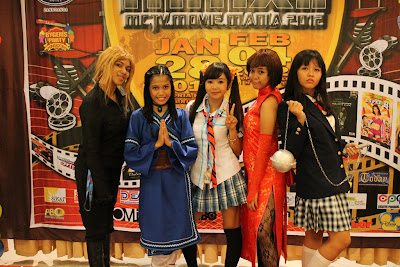 BAH! I was tired of being in-character all the time. LOL. I can't smile when I wanted to so what I did was I "play" with my friends during the event. :D

Here I am posing with Jeff for a few fight scenes. :D 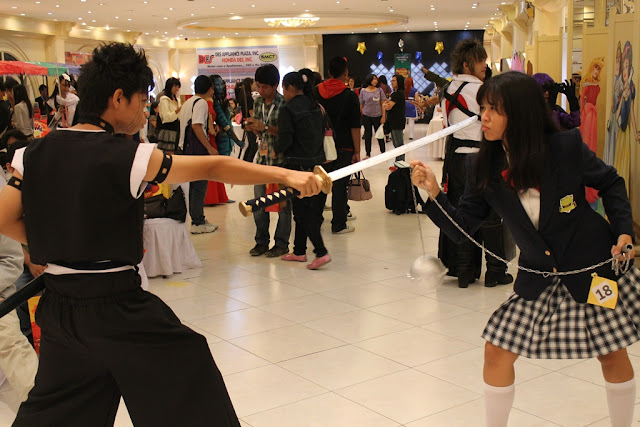 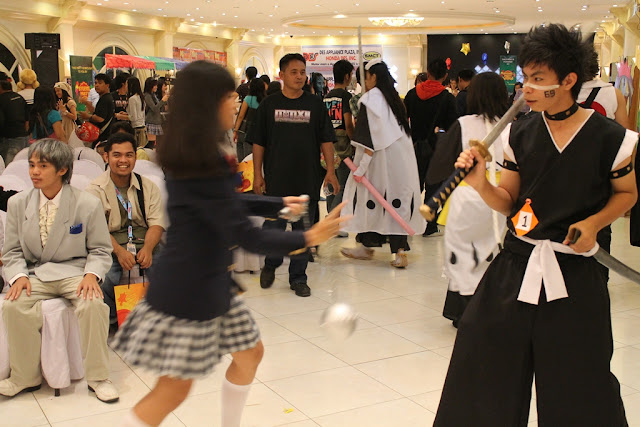 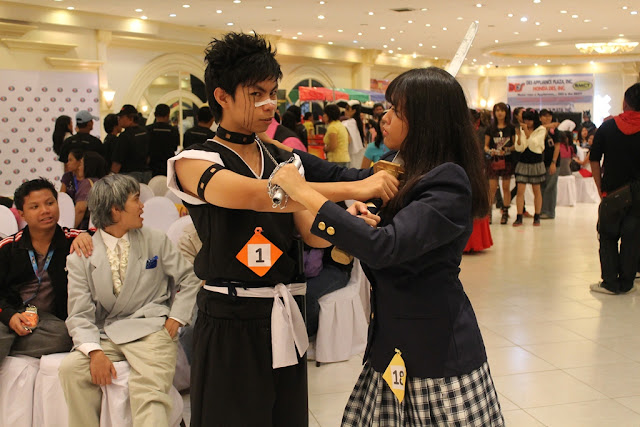 Then I started photobombing for kicks. :D 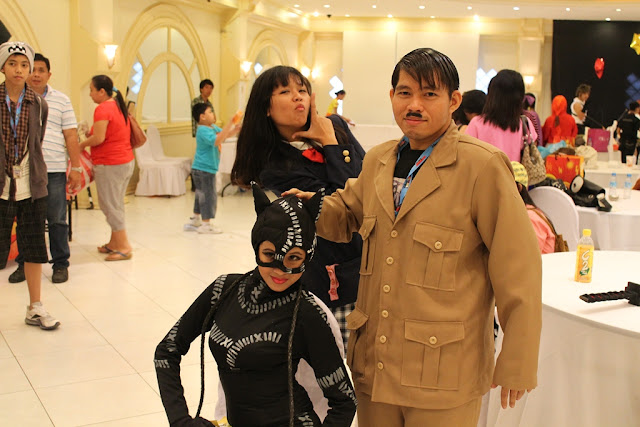 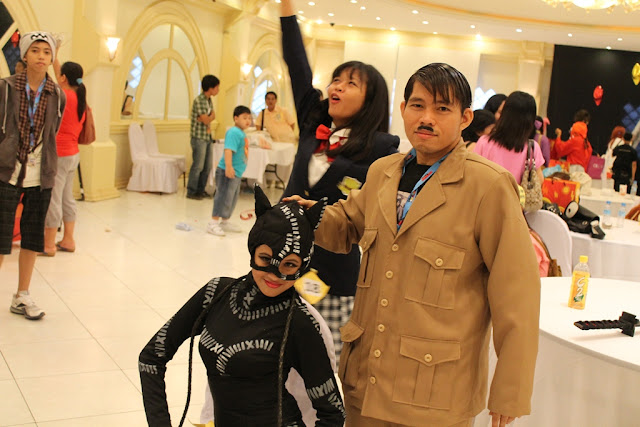 I learned that when you are an antagonist of a film, people will start on asking you to do torture poses on other people. :/
So the following photos ain't my doing. The ASKED me to do it. :DD

Mom had her photos taken with some cosplayers too. :) 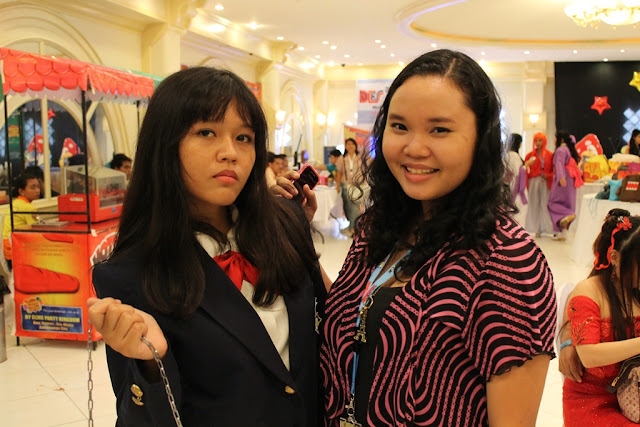 ~Overall, it was an awesome experience! I had soo much fun that I did not get to pay attention to the program proper. My friends were awesome in portraying their respective characters.
~Thank you for reading and watch out for the third part of the MCTV MMIX report!