So one night my friend sent me a text message inviting cosplayers to this event in ABSCBN on June 12. I really did not have any idea what the event was all about but I still agreed to go. I did not have anything to do on that holiday and I can never say no to cosplaying. So yeah. :)

Turns out, it was ABS-CBN's Independence Day celebration. Whoopsie! Our coordinator for that day was very nice and helpful. She oriented us on what to do that day: we were asked to dance and pose for photo-taking sessions.

So what happened that day? Let's take a walk... 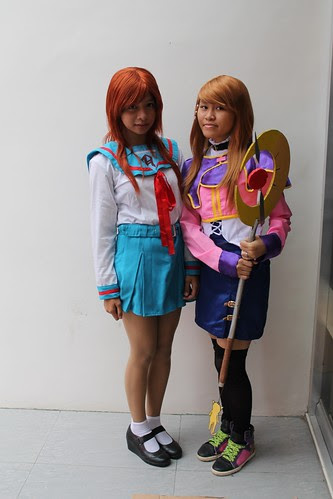 This one on the left is Nouf, cosplaying Mikuru Asahina of The Melancholy of Haruhi Suzumiya. The other girl is Princess, dressed up as Sophia of Star Ocean. Princess was the one who invited us to this event. 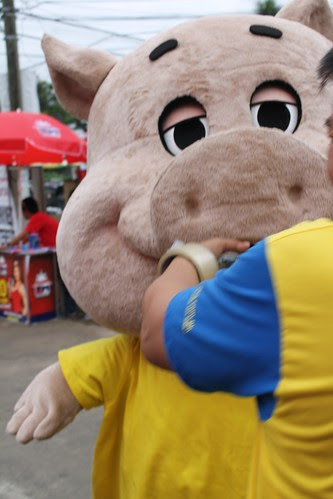 This little piggy was soo adorable... 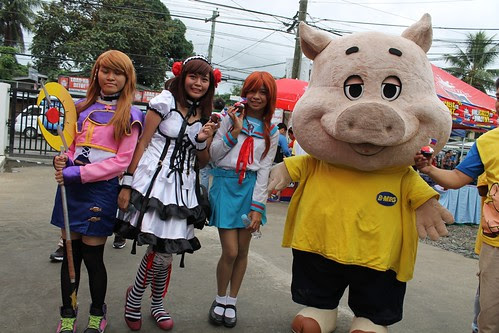 ...I asked a friend to take a photo of us with him! So yeah, that's me in the middle cosplaying Haruhi Suzumiya, gothic lolita version from The Melancholy of Haruhi Suzumiya. 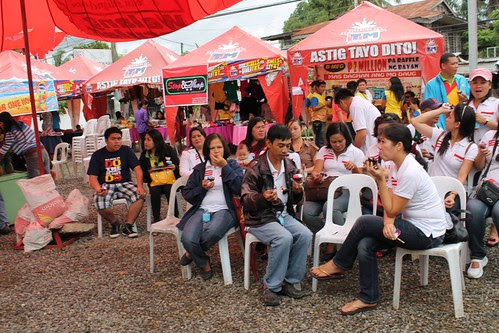 Uh-oh, There are a lot of people present!! This made me kind of nervous that time because our dance number was up next. >_< 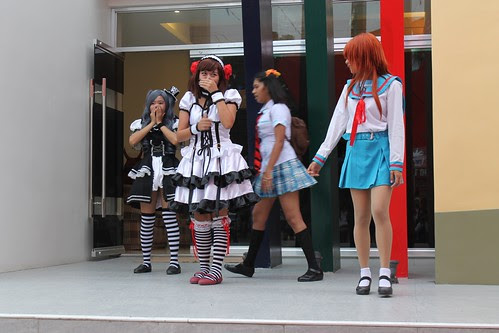 The four of us danced the Hare Hare Yukai because all of us were familiar with the steps. I don't really dance or perform in public but since the staff of ABS-CBN asked us to do a number for the program and I was sure only a few people will be watching it, I joined my friends.

Thank goodness we made it through! Haha! 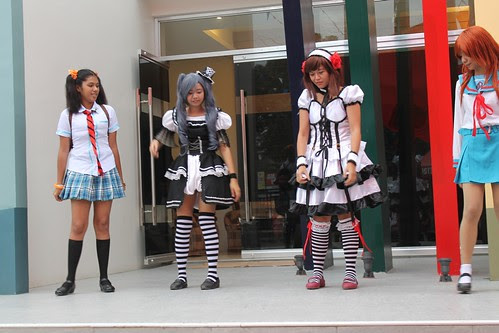 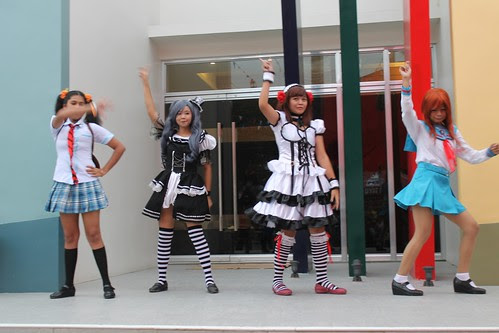 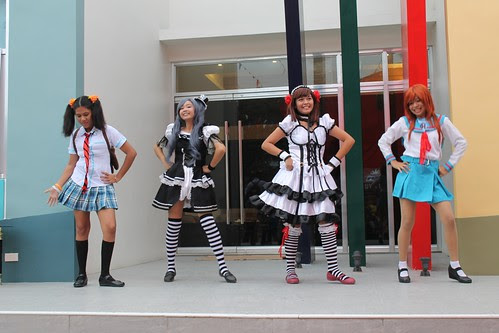 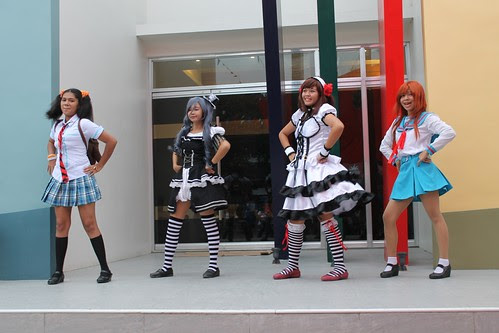 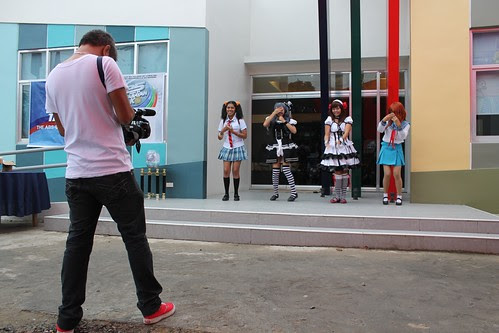 They were filming it! I thought they were doing it for documentation purposes but later that day, I found out that they aired our dance number on local TV! OERGOERDZ 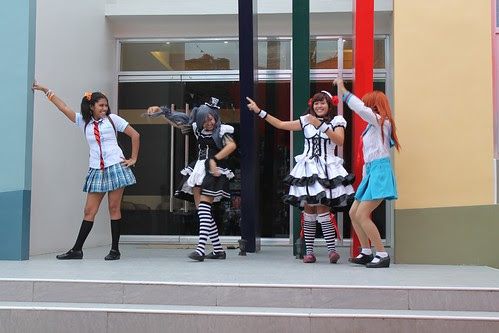 So yeah, we were laughing and dancing at the same time. But at least we were doing it properly... (well, almost!) 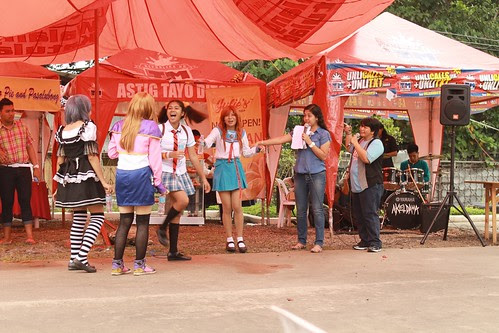 It was a fun event. There were mini-games where some of us joined and won!

We did not do anything a lot after that so we went inside the ABS-CBN office and waited for further instructions. While doing that, I asked my friend Nouf to pose for my camera. I wanted to try some new photography techniques that I have learned from my photography classes. I'll post the final set of that mini shoot soon so watch out for it! 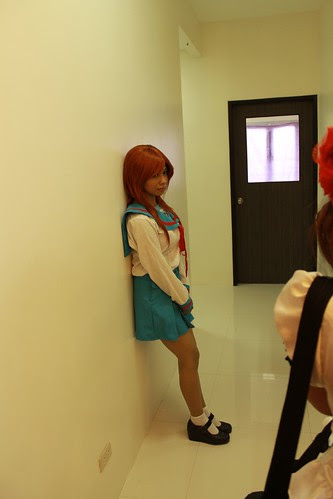 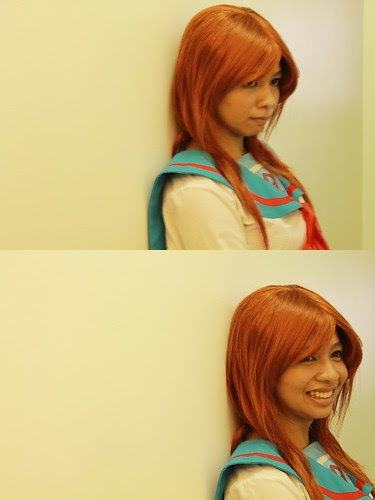 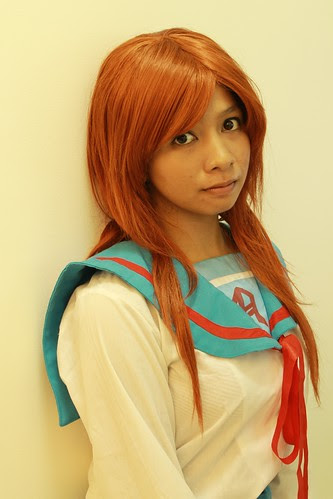 Kawaii Mikuru-chan! Nouf did an excellent job in front of the camera. She listened to all of my instructions and portrayed the character well. Thumbs up!

Cosplaying is a form of self-expression. We have the freedom to express ourselves through dressing up as our favorite characters. Independence Day is about the word FREEDOM. So I guess cosplaying on that mini-event is a little bit appropriate in some ways.

I want to thank the ABS-CBN staff for letting us cosplay that day. :)