Well, this is a very late blog post but I will still write it anyway. LOL
I received a camera for Christmas last year and to fully utilize the its features and perks, my mom let me enroll in ADZU's photography class last summer. She paid for my tuition fee too so I was lucky!

So after five fun sessions, the classes ended with a culminating program and an art exhibit in The Gallery of the Peninsula and Archipelago - ADZU, Zamboanga City. My mom and some of my friends were present during the program to support me. Plus I received a special medal for my outstanding performance in my classes. Yaaay!  I was not expecting that one! 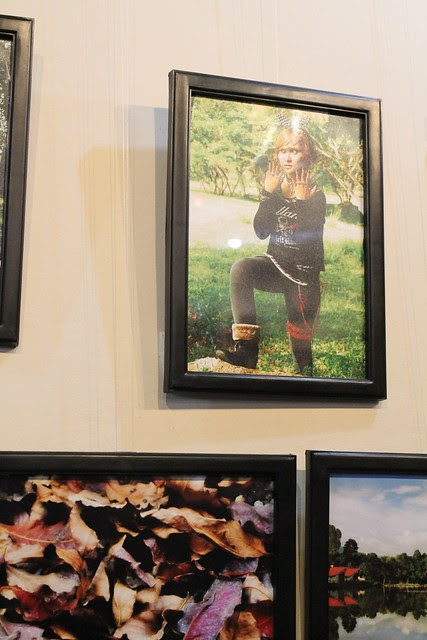 That's my photo! From that open cosplay shoot we did last May.

Below is the actual photo: 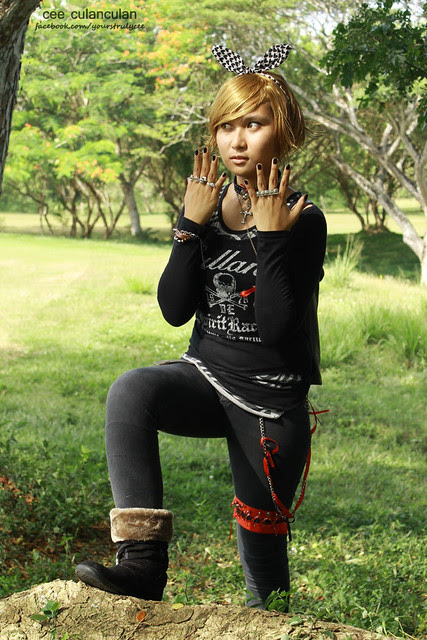 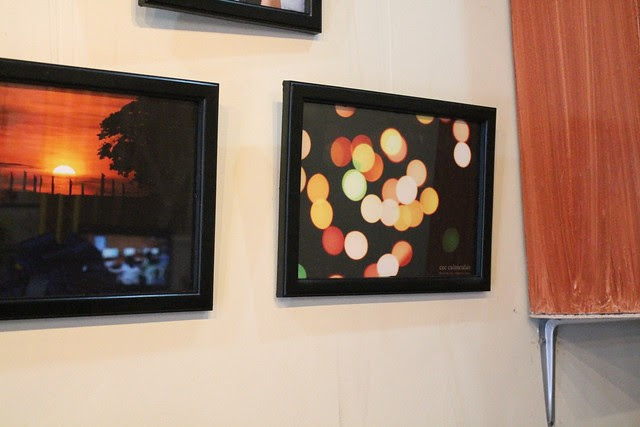 Another photo by yous truly. This time, it's a bokeh photo (my favorite one) that I captured using rice lights. 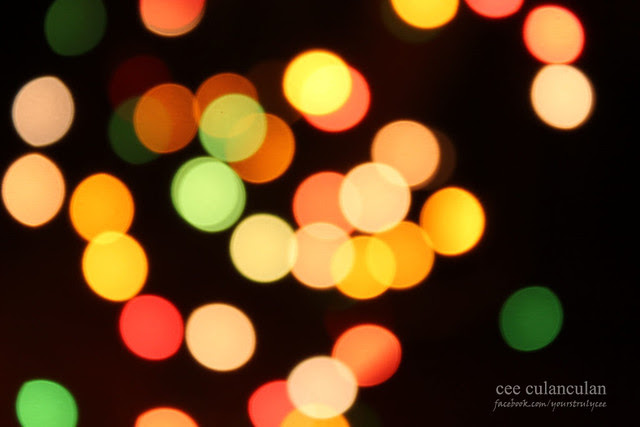 I created a heart-shaped bokeh after I captured this one. Maybe I'll post it here soon. :)

Here are some artworks that caught my 'otaku' eye. I was happy that day because I saw a few Vocaloid-inspired artworks from other students (and I was not the only Vocaloid fan there). Vocaloid characters, famous worldwide especially in Japan, have reached Zamboanga City! 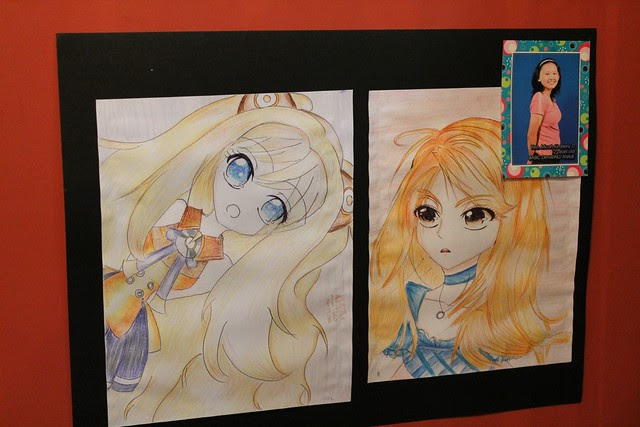 It's SeeU from Vocaloid! These artworks are drawn by one of the students in drawing class. 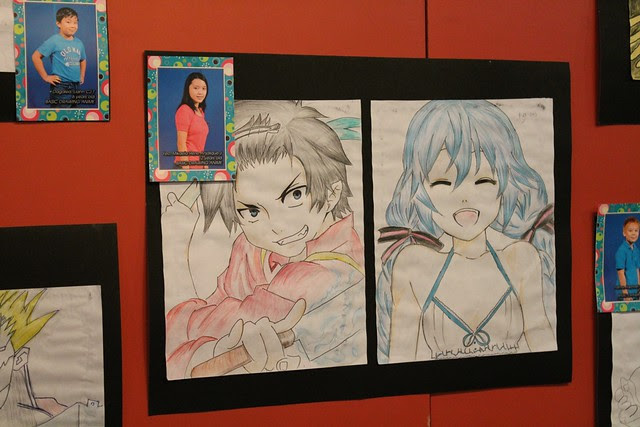 That drawing on the right is Miku, another Vocaloid! Another one from another student in drawing class. 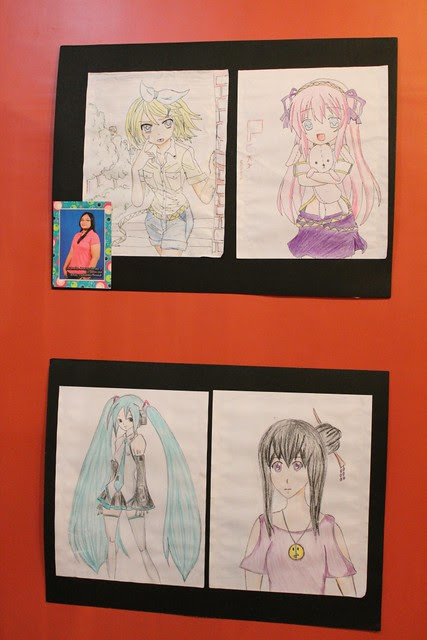 Above: It's Rin and Luka! Below: Miku and a random anime girl (I think).

Marigin, my friend and the cosplayer of Rin arrived. I made her pose beside that Rin Kagamine drawing just for fun. She gladly obliged. 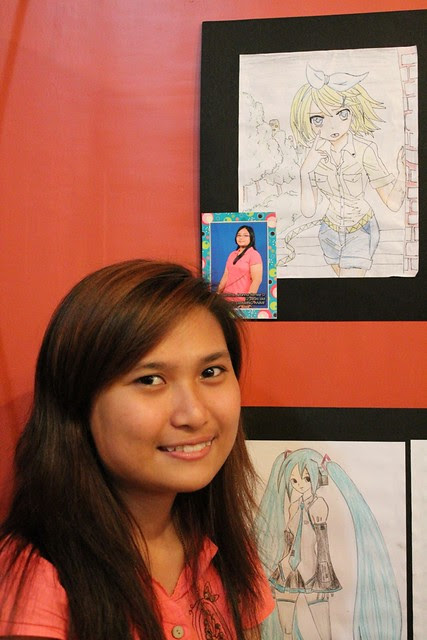 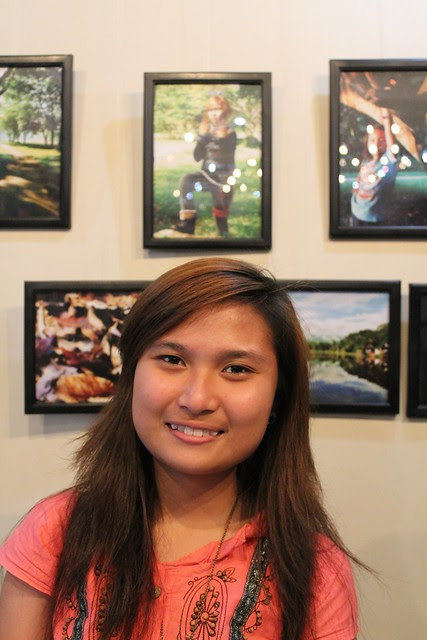 Then I asked her to pose near the cosplay photo. Well, I was really happy of my exhibit materials.
The director of the Gallery, Miss Tricia Manulong, commented that she did not look like the one in the photo. Well, cosplaying is somewhat like that. Cosplayers should look more like the character being cosplayed and less than their real self. But of course this will only last until the event or shoot will end. :)
So based from her comment, Marigin did an awesome job of cosplaying Rin. :)

BUT WAIT!
NOTE: Okay so I am not really a fan of my photos, LEWL. But for this post, maybe I'll include the photo that was also displayed during the exhibit/culminating activity 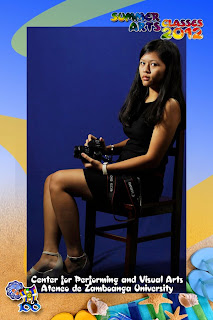 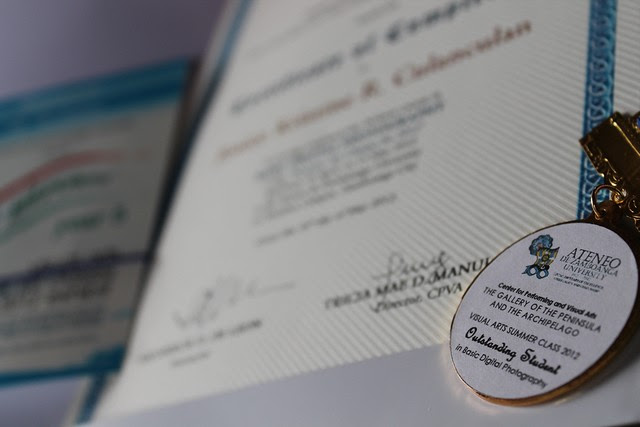 Aww, my medal for being an outstanding student in Basic Digital Photography. But still, I need to learn a lot of things for me to be an outstanding photographer someday.