Organized a mini Kigurumi shoot at my place. Mom prepared lotsa food for us!
I don't usually invite just anybody to my place so these people here are my close friends. :D

We started the party with a Japanese movie entitled 'Battle Royale'. This gore movie was spoiled (a lot of times I tell you) by Doraemon and Shark-u. LOL.

Battle Royale is a Japanese gore film based from a novel.

Then we paused for a break for our lunch courtesy of mom. Spaghetti and Coke = perfect combination!


After the movie, I took out a DVD of a cosplay event where Marigin, Kei and I cosplayed female anime characters. We were so embarrassed that time and sworn to cosplay only male characters from now on. :DD
Then finally, after laughing so hard for being so girly in that cosplay event, we changed in to our kigurumis (or mascot pajamas) for the shoot.

Well, it's not actually a formal shoot. We were laughing and having fun during the entire shoot proper. We all had a cute stuffy to represent our kigurumi, well except me coz I don't have a Stitch stuffed toy.

Here are the final photos of that day's party. 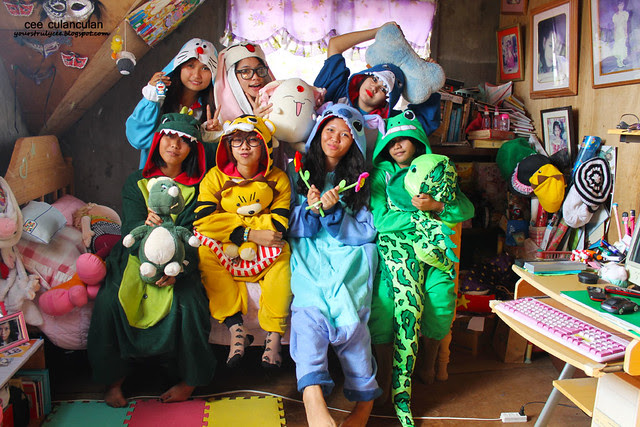 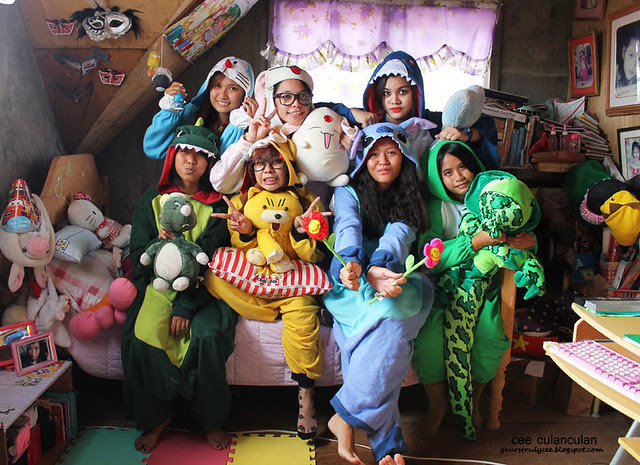 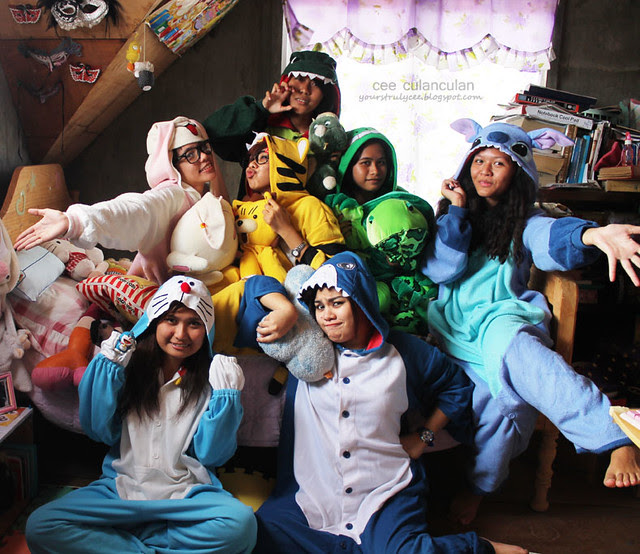 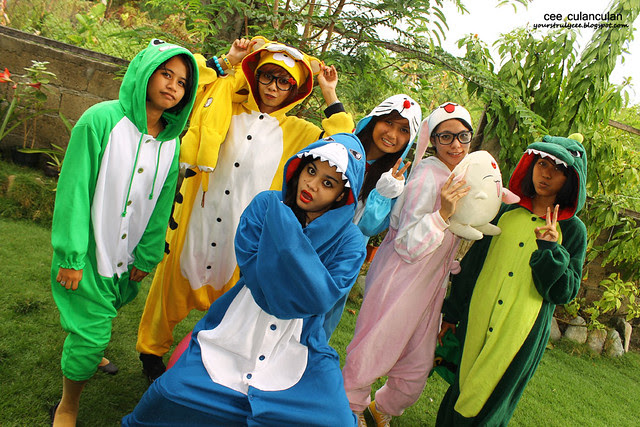 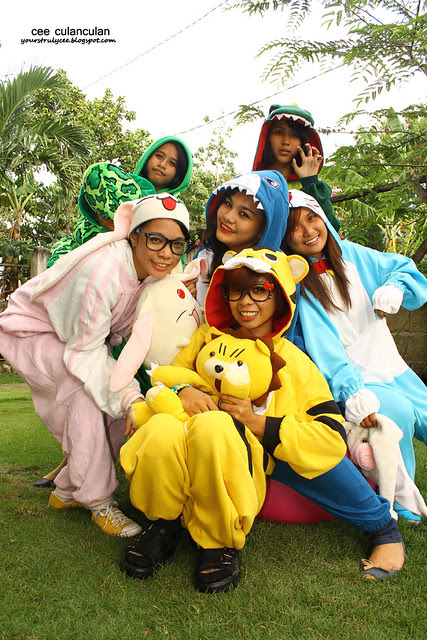 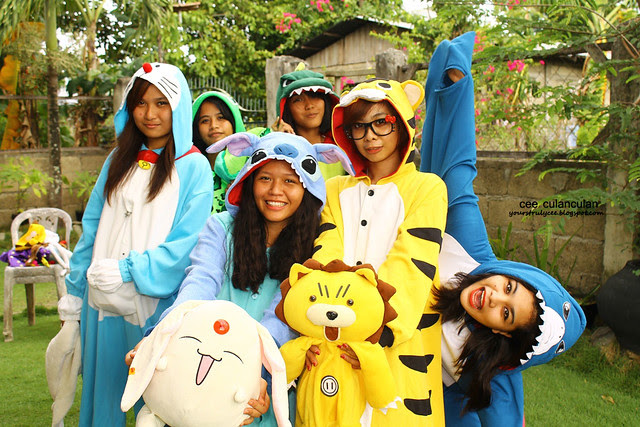 I am pretty much satisfied with the results since what I wanted to capture that time were the genuine laughter and enjoyment that I wanted to preserve forever. 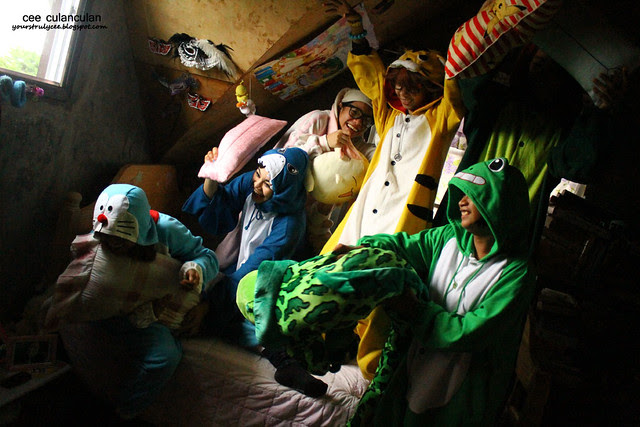 Thank you to these girls who actually traveled to my humble abode just to party. I LOVE YOU GUUYS! ♥