I am particularly focusing on Zamboanga-based cosplayers to promote the growing cosplay community of our little town. It may be a small group, but we do hella good cosplays here!

Lara is one of the two best Misa Amane cosplayers I know (The other one is Azumi). She nailed our beloved Misa-Misa from the live action movie of Death Note. With her gorgeous smile and mysterious eyes, no wonder she's also a model here in Zamboanga.

She learned all about cosplay years back when she was fourteen years old. She made her debut on the second cosplay event here, the MCTV Movie Mania, cosplaying as Misa Amane from the live action movie.

"Because of cosplay, I met lots of people who later on became my friends."

Lara looks up to these three cosplay idols: cosplay queen Alodia Gosiengfiao and Saya and Kaname of Japan. 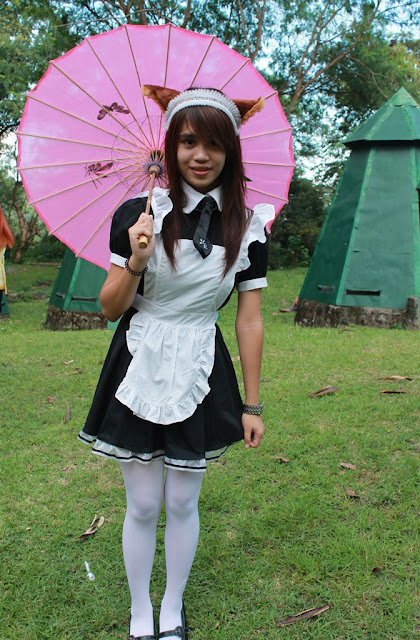 When asked about her future plans, she said that she'll keep it a secret because she wants to surprise everybody on her next cosplay. We'll definitely watch out for that, Lar!


Her message for other cosplayers out there:

Dream big, start small. Make friends and not foes. But never get too much to you. Limit yourselves and take control of reality. kiotsukette!