Hey there!
A few months back, I ordered a couple of cute hats from an online store on facebook. Hatah Hatah! makes anime and cosplay hats at affordable prices. Hatah Hatah! also accepts hat requests from customers, either a modification from one of their hats in their portfolio or a creation of a new hat based from the client's reference photo.

My orders were: Kon of Bleach hat (requested hat) and a Mokona of Magic Knight Rayearth hat (from their portfolio). Transaction went smoothly, with constant updates thru text messages and facebook conversations from the owner. I was also asking a lot of questions that time and the owner, Miss Jayne Ong, patiently answered it without fail. The hats were finished two weeks after paying the downpayment (production of hats will take five to fifteen days, according to the owner). The hats were shipped after I paid the remaining balance and I received the hats 3 days after. I was happy that the transaction went according to the timetable the owner gave. 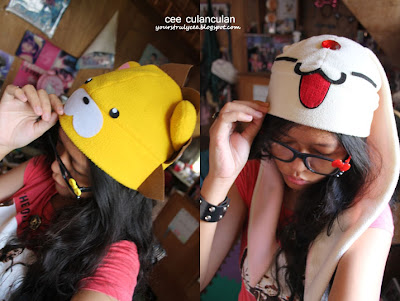 So here are close-up photos of each of the hats.

Kon of Bleach - requested hat.
This hat was requested by yours truly. It's not included in the Hatah Hatah! portfolio. 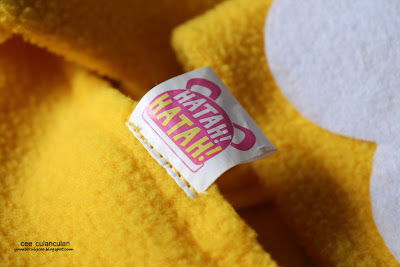 The Hatah Hatah! tag on the hat! The fabric is smooth and soft to the skin. It was made of stretchable fabric that fits to most adult head sizes. I did not have to give my head circumference upon ordering. The hat fitted perfectly when I tried it on for the first time! 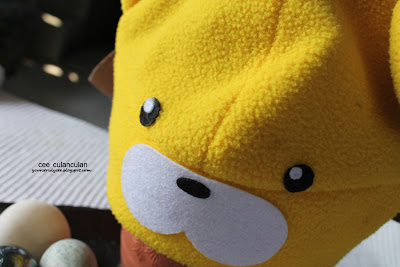 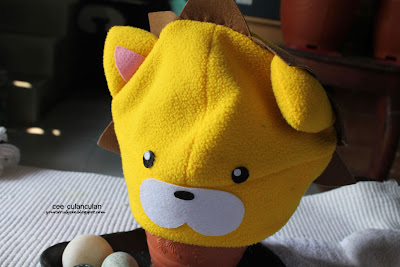 The hat is very detailed and looks exactly like Kon! The color of the hat is the same as the color of Kon from the anime series. The stitching was made to last long. 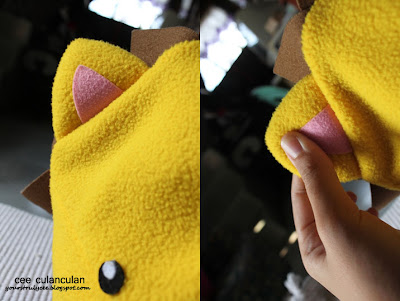 I love the squishy ears of the hat. It was stuffed which made it extra cute! 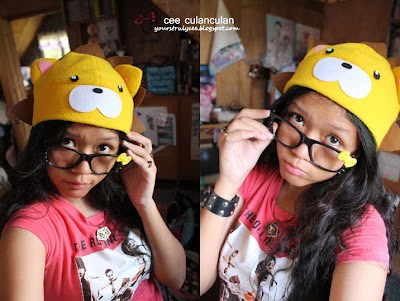 Overall, the hat was accurately made. You won't mistake it for any other character. :)

Mokona Modoki of Magic Knight Rayearth
This one is from the Hatah Hatah! catalog/portfolio. What I love about this hat is Mokona's loong ears! 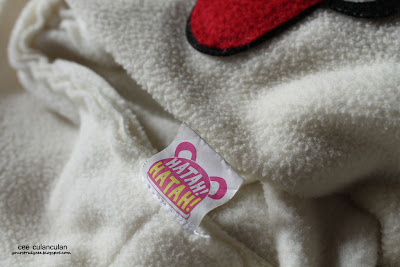 Hatah Hatah! tag on the hat. This hat is also made of the same fabric as Kon's. 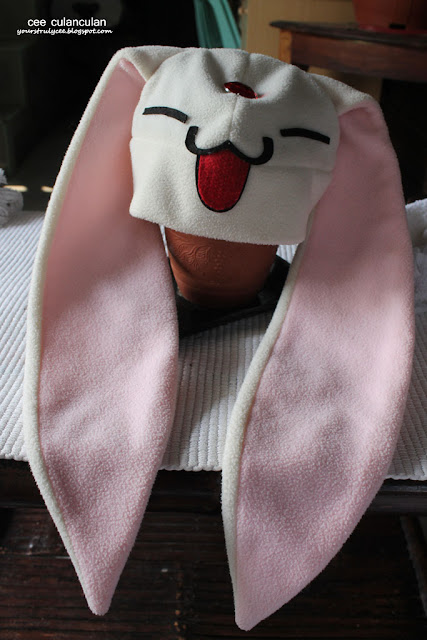 See how long the ears are? I love the hat's expression. As accurate as Mokona's expression from the anime. 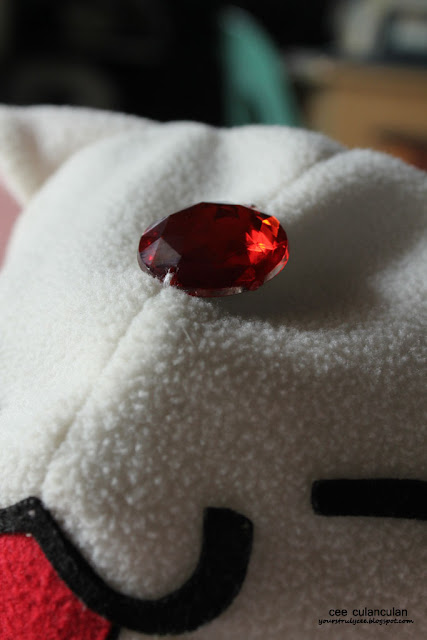 My favorite detail of the hat is Mokona's plastic gem. The owner chose to use a craft gem instead of using fabric or felt. Thumbs up for making it a bit realistic! 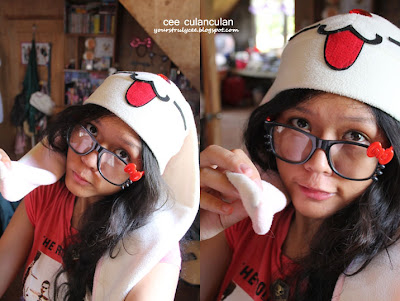 What you see is what you get. I am a happy customer of Hatah Hatah!
Check out their FACEBOOK account for photos of their other hats and for your orders.