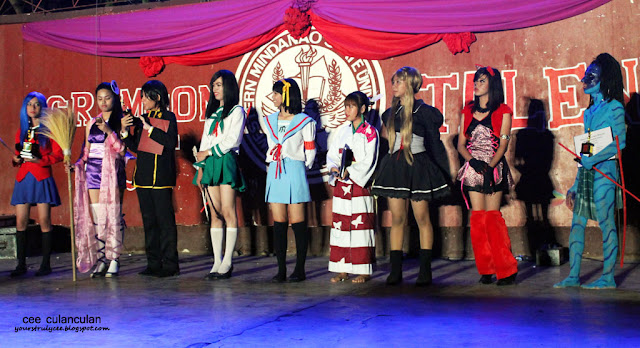 And now, here's my report on the second part of the WMSU Palaro 2012 cosplay competition that was held last September 7, 2012. The event was the awarding night of the two-day competition. We dressed up again as our characters from the first day and did our catwalk for the last time.

Here's a photo of Jenaly before the event. I was like, "HARUHI!" and she turned around and smile for me. What a nice girl!
Before the event, we had a mini-shoot with my friends who were also contestants that day. I got mostly portrait shots of them and I will post the set soon so watch out for it!

We did not have a photographer during the first part of the event so I don't have any photo or video of our catwalk. Good thing Lucille arrived just in time for the awarding proper.

The winners of the event:
Waa! I can't believe I actually won this award! Thank goodness for Lelouch's poses and regal aura that was really his trademark from the anime. It was a little bit easy to copy and portray during the catwalk. :D

Nouf here changed her character from Mikuru to Utau of Shugo Chara. She won second place for her cosplay! Congratulations, Nouf! 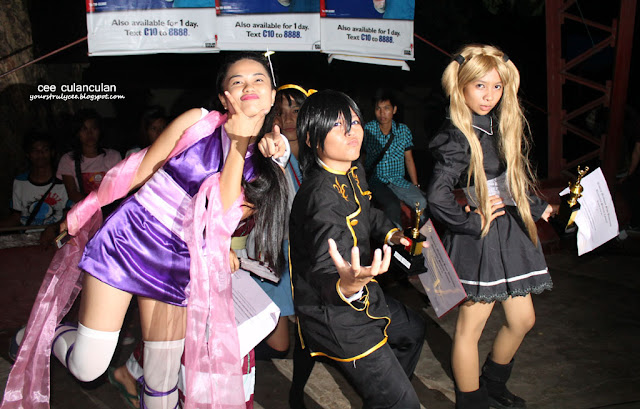 Congratulations to all the winners and thank you to the organizers of the event! I had so much fun on that event!