This is my most favorite cosplay photoset of all. I love how the colors came out in the photos. And the cosplayers were just so in character and also cooperative during the entire shoot. They were following my instructions well on how to pose and act out during I take the photos.

The concept of this shoot was inspired by the second episode of Suzumiya Haruhi no Yuutsu (EP 01). This was when Haruhi and Kyon first met.

Try watching this video before viewing the photos. :)

I liked how Kyon tried to interact Haruhi during the first few parts of the episode. He was trying to make friends with the pretty but mysterious girl sitting behind him but this girl, Haruhi, cuts him off and tells him not to talk to her since he is not something extraordinary (like and alien or a time traveler or an ESPer).
Anyway, here are the photos from the shoot: 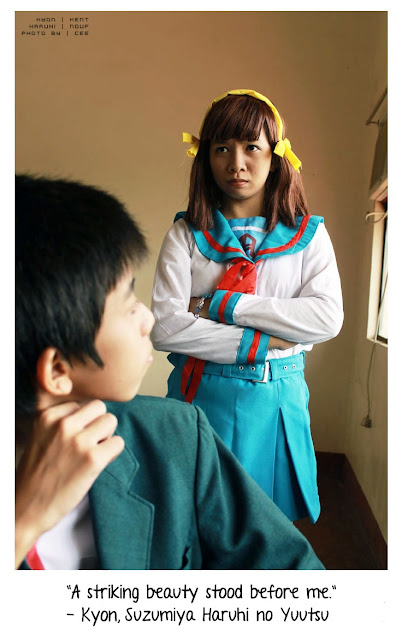 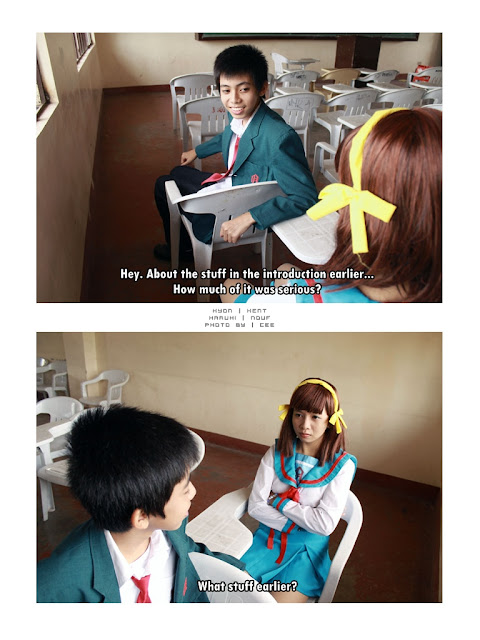 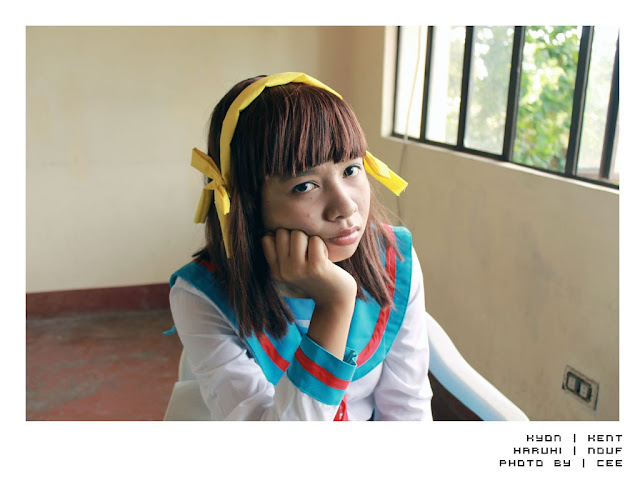 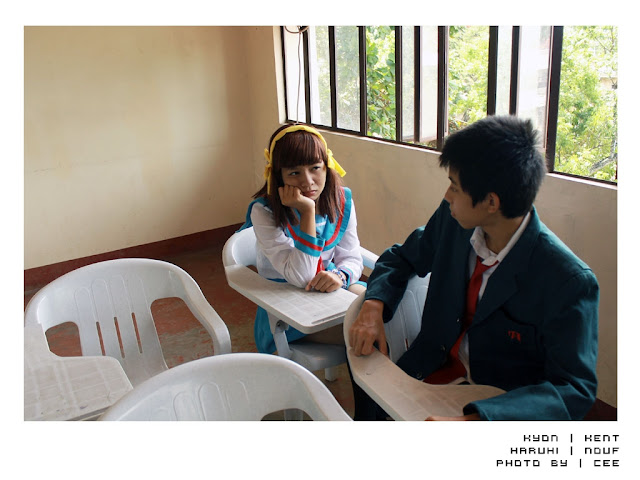 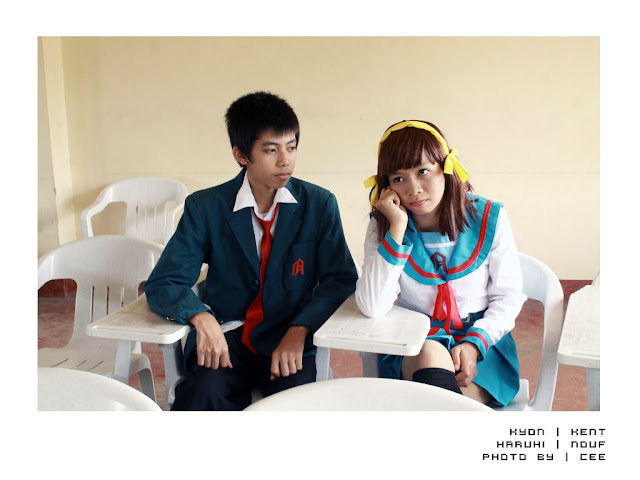 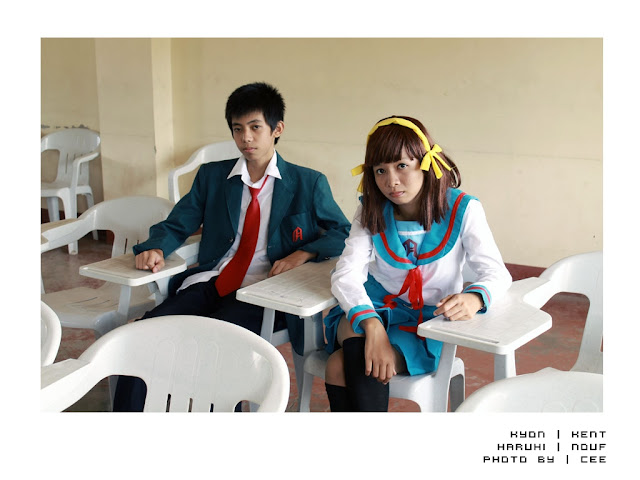 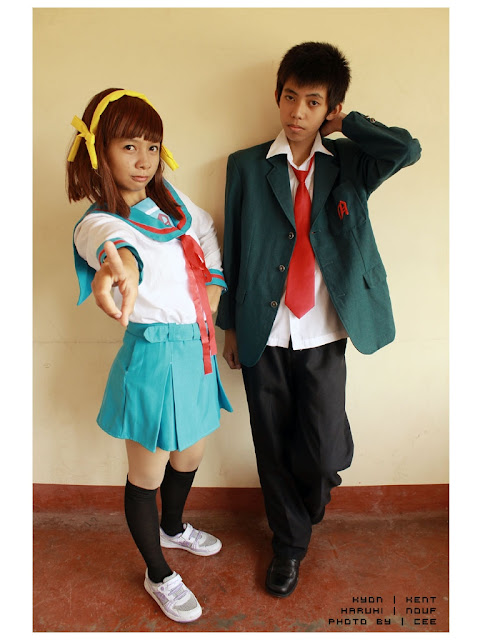