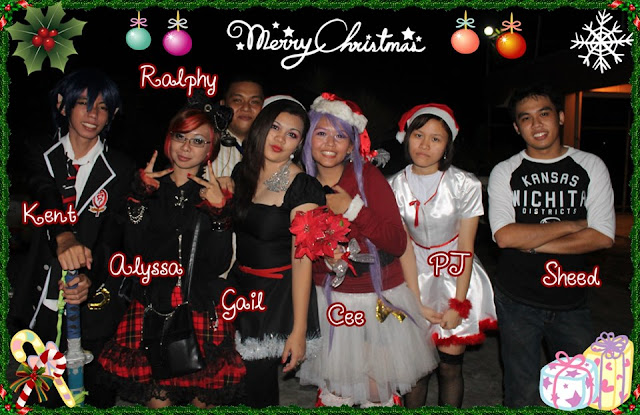 Another UBER late post from yours truly! This time, a Christmas event with COSPLAY as a theme. Of course, characters must have a touch of Yuletide in their outfits. I went as Gakuko that time (Female Genderbent character of the Vocaloid Kamui Gakupo) and I won an award! YAY!


The party was organized by the Nihon Fure Ai Kai - A Touch of Japan Club of the WMSU College of Nursing. It's the only club that I belong to. The members of this club gather to promote and appreciate the Japanese culture in the college and in the university. The officers organized a mini Christmas party with Christmas Cosplay as the theme. Of course, my friends and I instantly joined the event. It's nice to celebrate Christmas in a Japanese way.


The party started with the presentation of the contestants. Here are a few shots by Sheed.

After the presentation of the contestants.. dinner was served!  One of the guests of the event is a Japanese chef known as Oji-san to us. He brought Japanese curry that was served during the event and it was just deliciously spicy! Forgive me if I was not able to take a photo. We were a bit busy eating away all the good food! LOL

As a compensation to the lack of photos, here is a kid who dressed up as Iron Man that night. So in-character!


So after eating, time for the photo op! I had fun spending time with my friends before going on a Christmas break. It was a wee bit different this time because we were in costumes rather than in fashionable clothes. :D 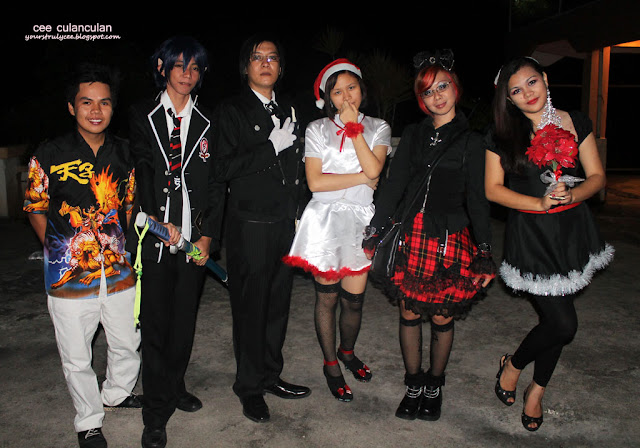 After all those poses, the program continued on and the emcee announced the winners of the cosplay competition.

And I won second place!
After the awarding of the winners of the cosplay event, the party games were next. We joined a couple and our group won a few prizes as well. What a lucky night for us!

I enjoyed the event a lot, especially the food! It was my first time to taste a real Japanese dish and I was not disappointed! Hooray for Oji-san's cooking!
It was also my first time to dress up as a Christmas-inspired character. I hope I will improve more in the near future.

That's a wrap! Thank you for reading this entry. What do you think of my Gakuko Kamui version? Comment down below! Love lots!
at January 31, 2013