So guys! I wrote a few posts about my upcoming cosplay photoshoot but I never really announced what character I am going to cosplay.

So here it is! I am going to do Panty during a photoshoot with a friend who will go as Stocking!! 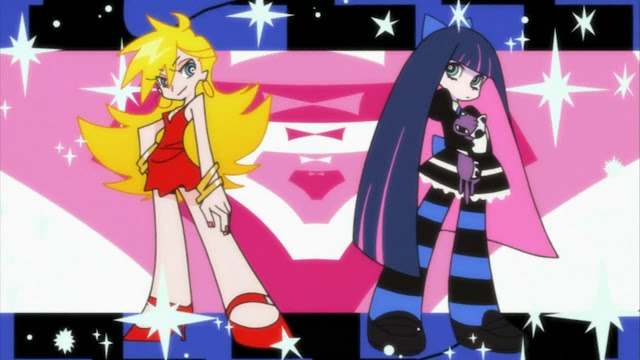 I've been working on this project for a while now since I don't have anything better to do at home.

I started tweaking two guns that I bought a couple of years ago to make it look like Panty's Backlaces. (I don't know the name of Stocking's panties, the second gun Panty uses.)


And this is my final output: 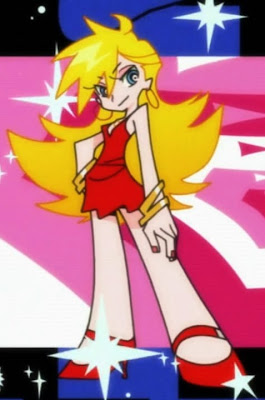 Then I did a "breakdown" on her accessories. I found her bangles easily but her red earrings and necklaces were a bit elusive so I decided to make my own accessories. I did not want to buy something that does not look exactly like what she was wearing.

On the necklaces:
I used soft metal wire and gold beads and put them together. LOL
Then I wrapped an old pair of earrings with red lace (since surprisingly I can't find Panty's simple earrings anywhere!)

The shoes are ready! I wore them when I did a trial and review on the Alice wig that I bought for Panty. Read all about it here.


For a promo ramp this Wednesday, July 24...
I was invited to be a guest promoter for the AdZU Cosplay event in the Ateneo campus while wearing a costume. Since the organizer encouraged the guests to wear light costumes, I decided to go as Panty in school uniform. 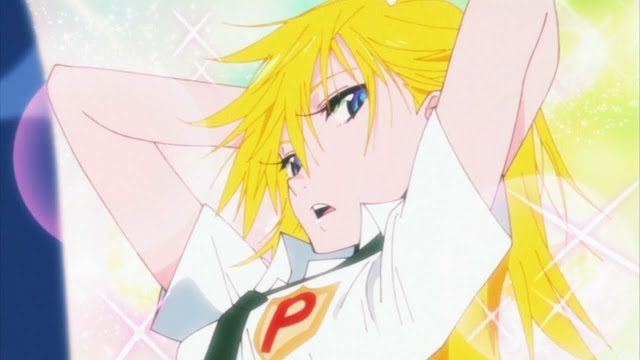 This is a scene from the second episode of the series. Panty and Stocking went undercover as students in Daten High School to find the demon who has invaded the institution.

Again, I did a breakdown on Panty's overall appearance. 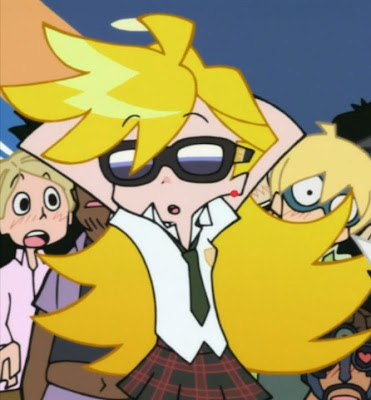 I already have the sunglasses, the top and skirt. I recently bought her green necktie and red circle earrings. I made her patch using craft foam sheet and colored paper. 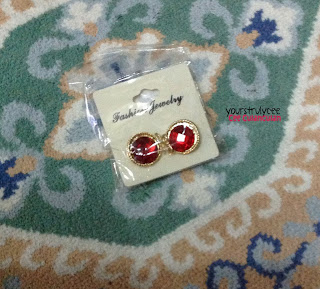 Phew!! Quick preparations for cosplays make me nervous for the outcome.
I am not sure that this one will turn out fine but I do really want to cosplay this during the promo ramp so I guess I just have to do my best.

So that's it! If you see me at AdZU as Panty, don't hesitate to approach me and introduce yourself! I would love to meet my readers from Zamboanga!