I had a shoot last Sunday with a model I met that very day. Her name is MJ and she is a part of G1 Team of models and photographers managed by Glenn San Agustin. She is tall and pretty and very nice to talk to.

The title of this set is Eternal Sunshine borrowed from Alexander Pope's poem 'Eloisa to Abelard'.
Maybe the entire set will explain why I named it so.


Photos of this set will be released soon! Thank you for reading!

PS: Thank you for your birthday wishes last week. ^_^

For Him, For Her BIRTHDAY GIVEAWAY

Hey guys!! So February is my birthday month and today is my birthday! And to celebrate this occasion, I am hosting a blog giveaway sponsored by Hatah Hatah, Draco Princess and Fabric Flowers by Cee!

For Him, For Her Birthday Giveaway!

Since February is the Love month for almost everybody, the prizes are grouped especially for couples, with one consolation prize for a Zamboanga-based reader.

This giveaway is sponsored by the following:
Hatah Hatah
Fabric Flowers By Cee
Draco Princess

Consolation Prize
for one Zamboanga Resident:

To join the giveaway, follow the instructions on the Giveawaytools app below. This giveaway is only open to Philippine-based readers only. It will end on February 28, 2014. Winners will be announced shortly after.

***If a task on the gadget is NOT APPLICABLE to you, PLEASE SKIP IT. If you would type anything such as "none", "n/a", etc. and submit it, the points allotted for that task would still be credited to you even though you did not do the task asked. This is one form of CHEATING, may it be intentional or not. So DO NOT TYPE ANYTHING ON THE VERIFICATION BOX AND SUBMIT IT if you do not have the account for the task or you did not/choose not to do it. We do these giveaways for our faithful readers and it would be unfair to those who really exerted the effort to do every single task to gain their rightful points. Thank you and Good luck!

That's it! Enjoy the giveaway and spread the love!
Thank you so much for following my adventure up til now~
at February 17, 2014 35 comments:

Email ThisBlogThis!Share to TwitterShare to FacebookShare to Pinterest
Labels: giveaway

Heyy guys! So during my Nursing Licensure exam review, I didn't totally leave my obsessions including my love for makeup. During those months, even though I was not able to post anything here.. I still kept my obsession alive by buying and collecting makeup.

I am planning to do a review on these soon, maybe on a video blog or a post. <3 I will review two products sponsored by KKCenterHK. (Which I have a 15% off coupon code for my readers: yourstrulyceeevent15off)

For now, here are the makeup products that I collected during my review days. 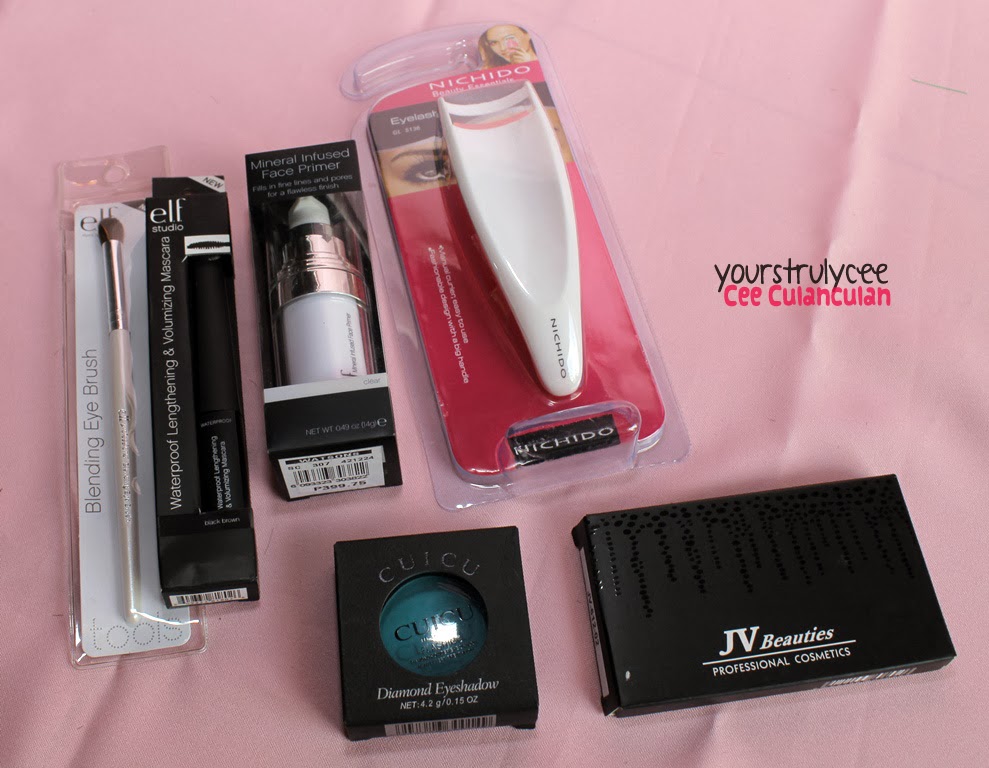 These are the products sent to me by KKCenterHK for review:

So I bought the following products to complete my basic makeup kit. Been wanting to buy these for sometime now. Finally I have them in my collection! (PS: I love ELF products. They're affordable and safe.)


So that's it!! I am so ready for my cosplay comeback this coming Feb 25. We have a scheduled shoot on that holiday so watch out for it!

Thank you for reading. <3

Email ThisBlogThis!Share to TwitterShare to FacebookShare to Pinterest
Labels: makeup

Sailormoon is, I guess, the first anime that I watched.. EVER. I was shouting "mun-crystal-pawer-make-ar" when she's transforming to fight those goons. (Yes, that should be "Moon Crystal Power, Make-up" but the heck, I was 3!) I adore Usagi so much and I decided to portray her.

In the cosplay group that I joined, the default Usagi or Sailormoon was taken by another cosplayer so I chose to cosplay Neo Queen Sereniy. She's the mature version of Usagi and I wanted to learn more about her, and I think cosplaying her will let me learn a lot about this character.

I started working with this cosplay by reading a lot about Neo Queen Serenity. I also googled cosplay photos of her so that I may get an idea how to portray her during the shoot.

Her cosplay is pretty simple. The only difficult part is the gown and wings, I guess. She does not have a specific shoe design so I will be using my white dolly shoes.

I finished making her crown, earrings and moon face mark a few days ago. I was planning to have a real tiara made but after thinking it over, I decided to do it myself because really, I think that's the fun part in cosplaying... making the props all by your self. :)

I printed out a template taken from the Internet for her tiara. I used craft foam and gems for the details. I glued them on a hard plastic folder to make it sturdy. <3

So that's it for now. I am planning to head to my seamstress to have her gown made. I hope she won't charge me a lot for it! LOL

Thank you for reading and watch out for my Neo Queen Serenity Cosplay! <3