What time is it? ADVENTURE TIME!

I posted a teaser about a month ago and I think now's the time to post the final set of the shoot.

This shoot was organized by yours truly, held last March 21, 2014 together with HaruSuika photographer Sheed and Mark of  王國民 Wang Guo Min photography. A friend tagged along dressed up in harajuku fashion. Photos of her dress up are uploaded on the HaruSuika page.

I have always wanted to do Princess Bubblegum of Adventure Time. With my twenty-ish age, I actually enjoyed the cartoon and watched all 4 seasons and a few episodes of the 5th season. The series is about friends Finn the Human and Jake the Dog and their wild adventure in the Land of Ooo . (This include saving princesses, fighting the evil doings of the Ice King, and hang out with other citizens of the land.) I personally like Jake's manly voice and wisdom and Finn's childish acts. Princess Bubblegum is my favorite princess! I like the fact that she's responsible and some sort of an experimental scientist.

We only had a week to plan this shoot, that's why I was not able to find other AT cosplayers to join me. I used stuffed dolls as props and companions during the entire session.

It rained that day so we had to cut the session short. The shoot proper lasted for about one and a half hours, and that's why I only have a few decent shots for upload. The photographers will be organizing another shoot for this cosplay. I hope there won't be any rain by then! 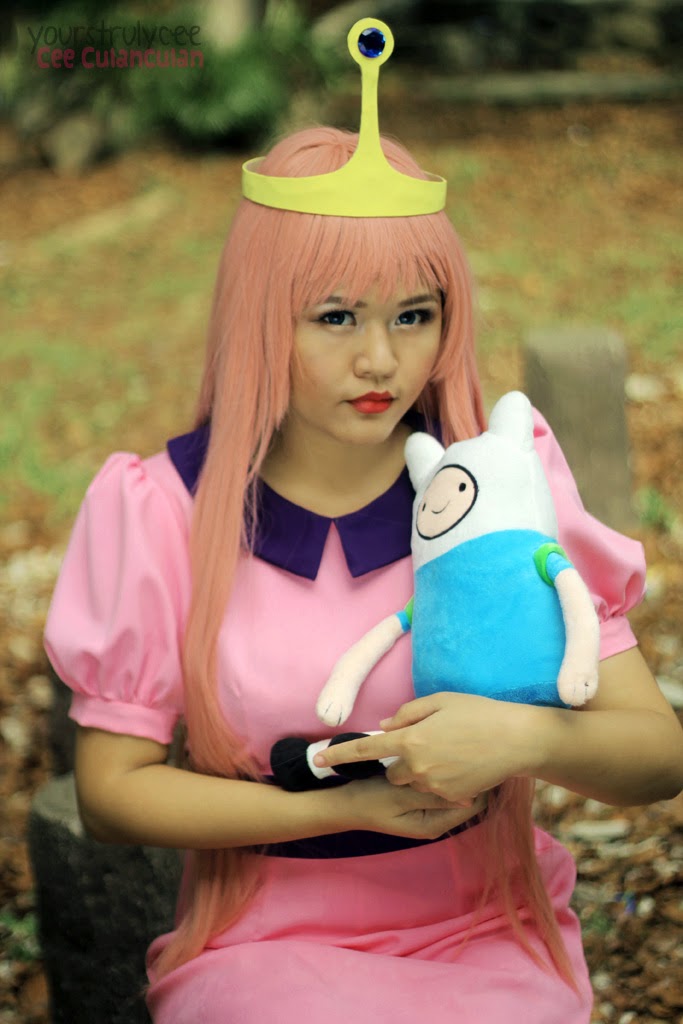 I love how accurate the details of the costume are. I know it's not a complicated gown but sometimes, some seamstresses take easy costumes for granted (they don't do the job very well). Not for this one, tho. The stitching is perfect and no adjustments were made after the first fitting. Good job for my new seamstress! 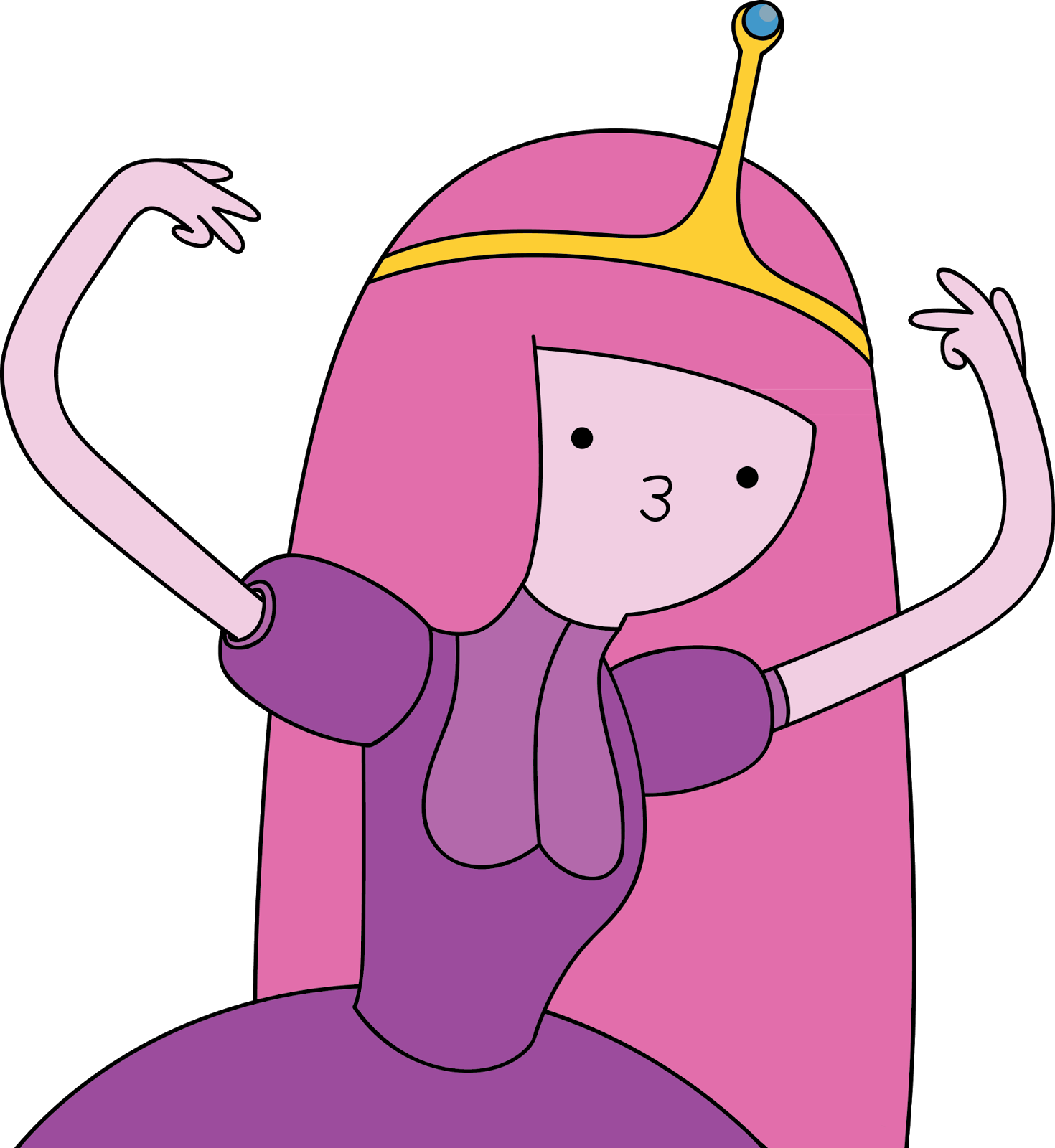 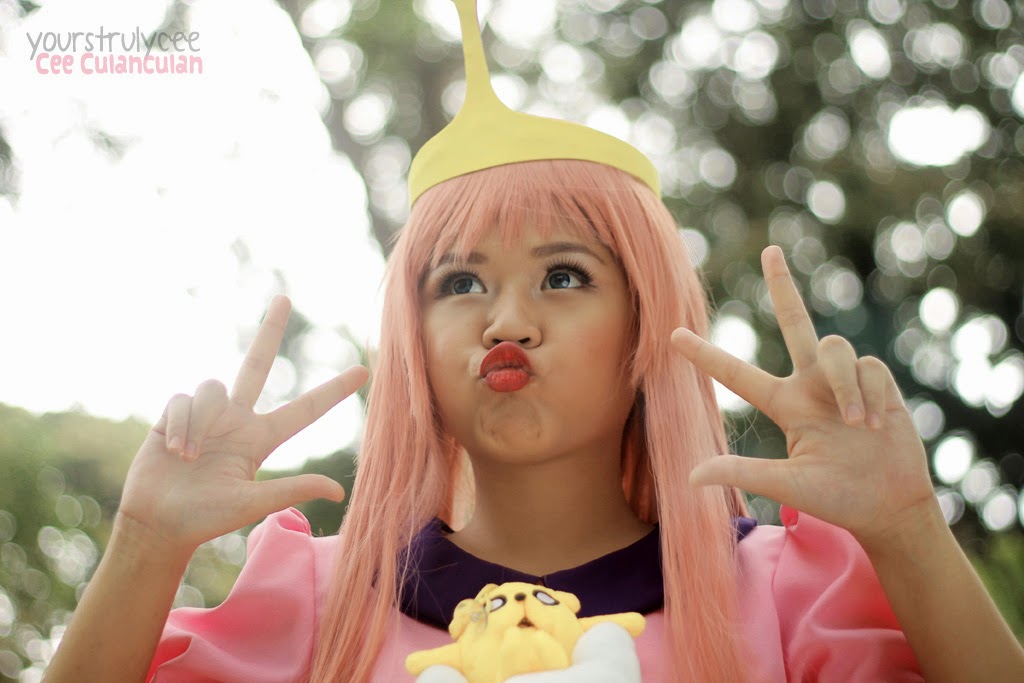 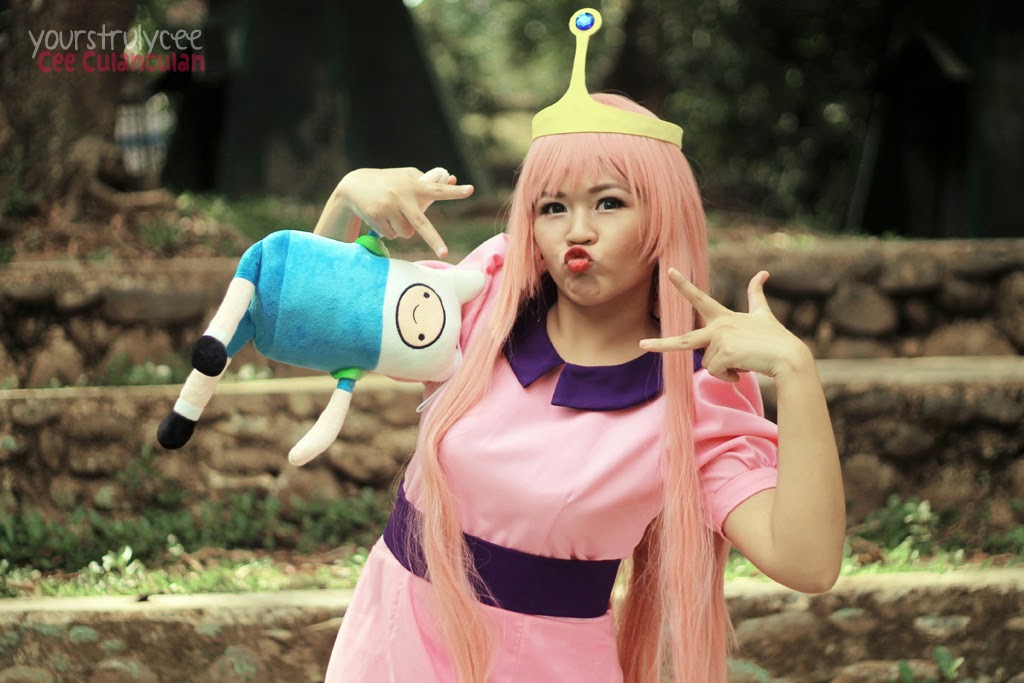 I don't know if I got it right!

Special thanks to Mark and Sheed for being there with us. And to Fatima for dressing up that day together with yours truly.

Makeup, wig styling and crown by yours truly.
~ o ~

Sometimes, as old as I am, I can still connect my life to a cartoon series. Some series have meaningful lines that I usually ignore when I was a kid. (Back then, as a kid, I usually appreciate a cartoon series visually, and not the message it brings in every episode.)
Even though the conversations in the show were not constructed to impress, it still has memorable lines that could inspire us, one way or the other.

Most of the time, the show have lines like these: 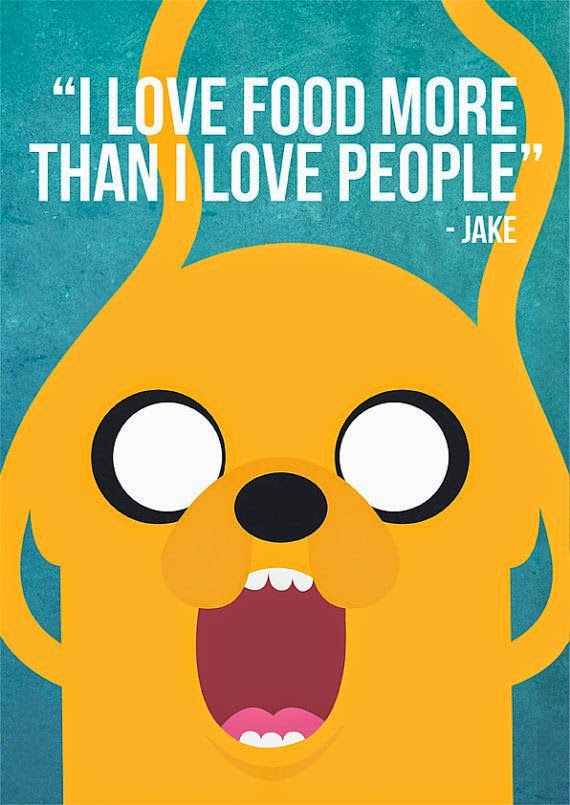 Still, you got to pay attention for these: 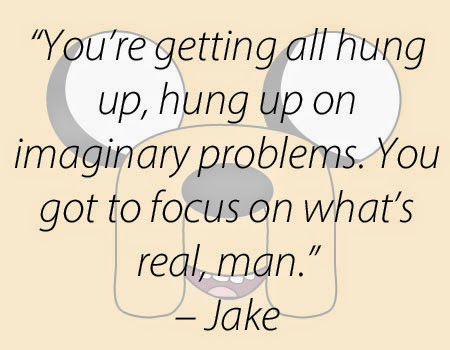 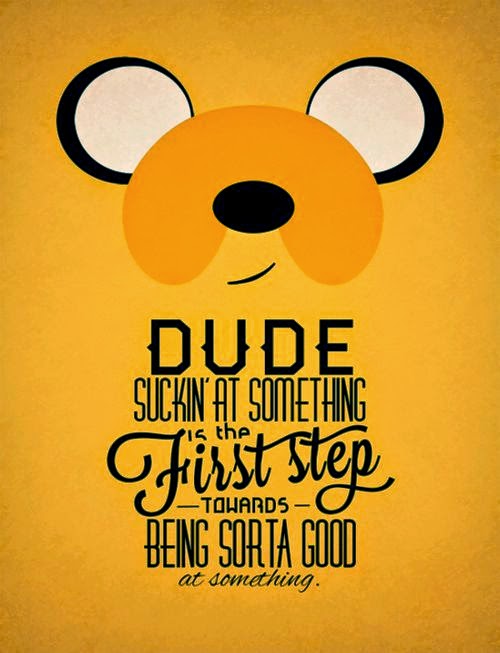