The gallery was packed with students, hobbyists and professional photographers. One of the organizers told me that the number of participants were more or less 40 - more than what they were expecting that day.

The speaker of the workshop was Jojie Alcantara from Davao City. She is a photojournalist, product endorser, columnist and a photographer. Most of her photos can be found in magazine covers, featured in newspapers and websites. How amazing is that?

Ms. Jojie discussed the basics of photography and spiced it up by using her photographs as examples. Her photos were amazing! According to her, she loves taking aerial and landscape photos and most of her photos were taken in Mindanao. 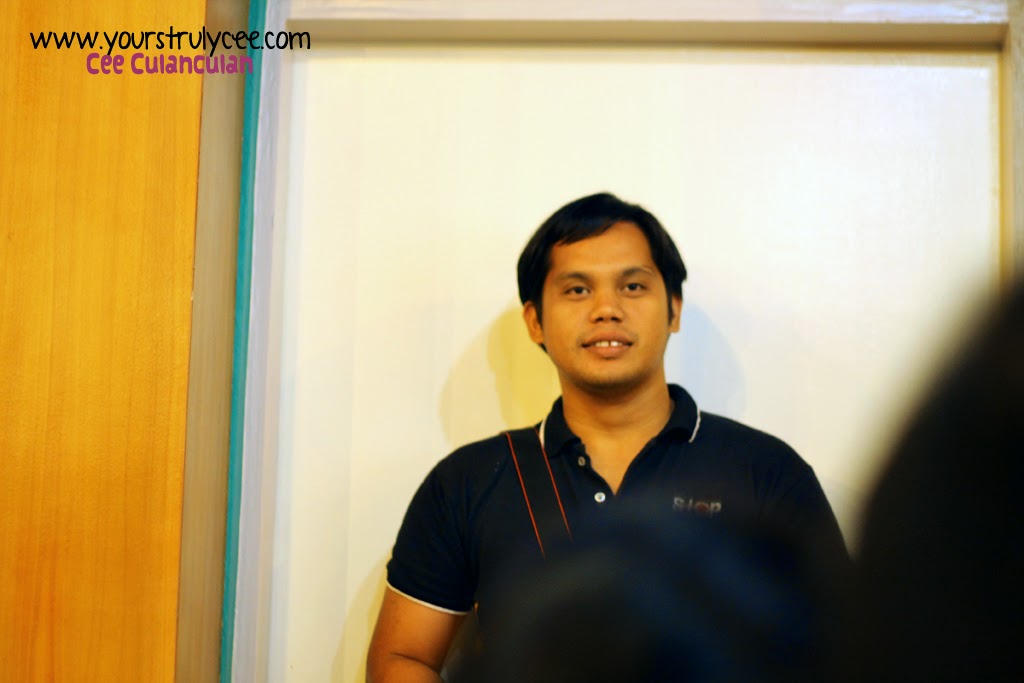 She had us listeners participate in the discussions. I, myself, became a subject on one of the topics during the session! LOL. 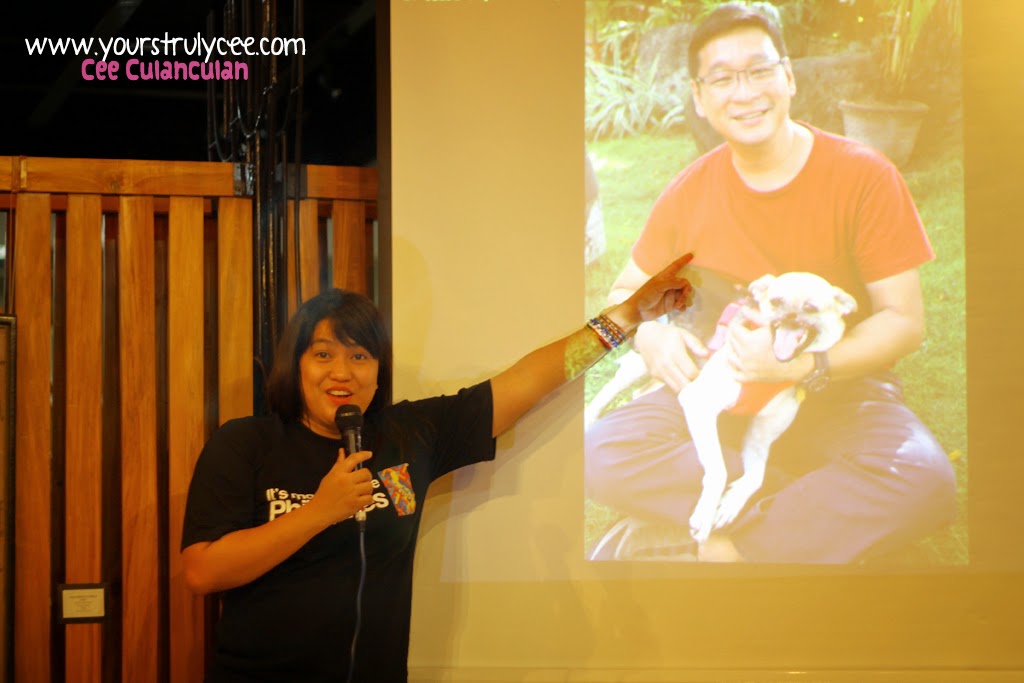 There was never a dull moment during the workshop! She was making everybody laugh by giving out funny remarks on some of her shots and showing us some 'joke' photos that she took from her travels.

After the short discussion, Ms. Jojie made us go out of the gallery to take some photos for a contest at the end of the workshop. She had us take photos related to the theme 'campus life'.

I wasn't actually in the competing mood that day. I was so hungry at the end of the lecture that I immediately 'hailed' a companion and headed to the cafe for some snacks. I took photos on the way in secret, afraid that when my subjects will notice, they would made me delete the photos I took. LOL 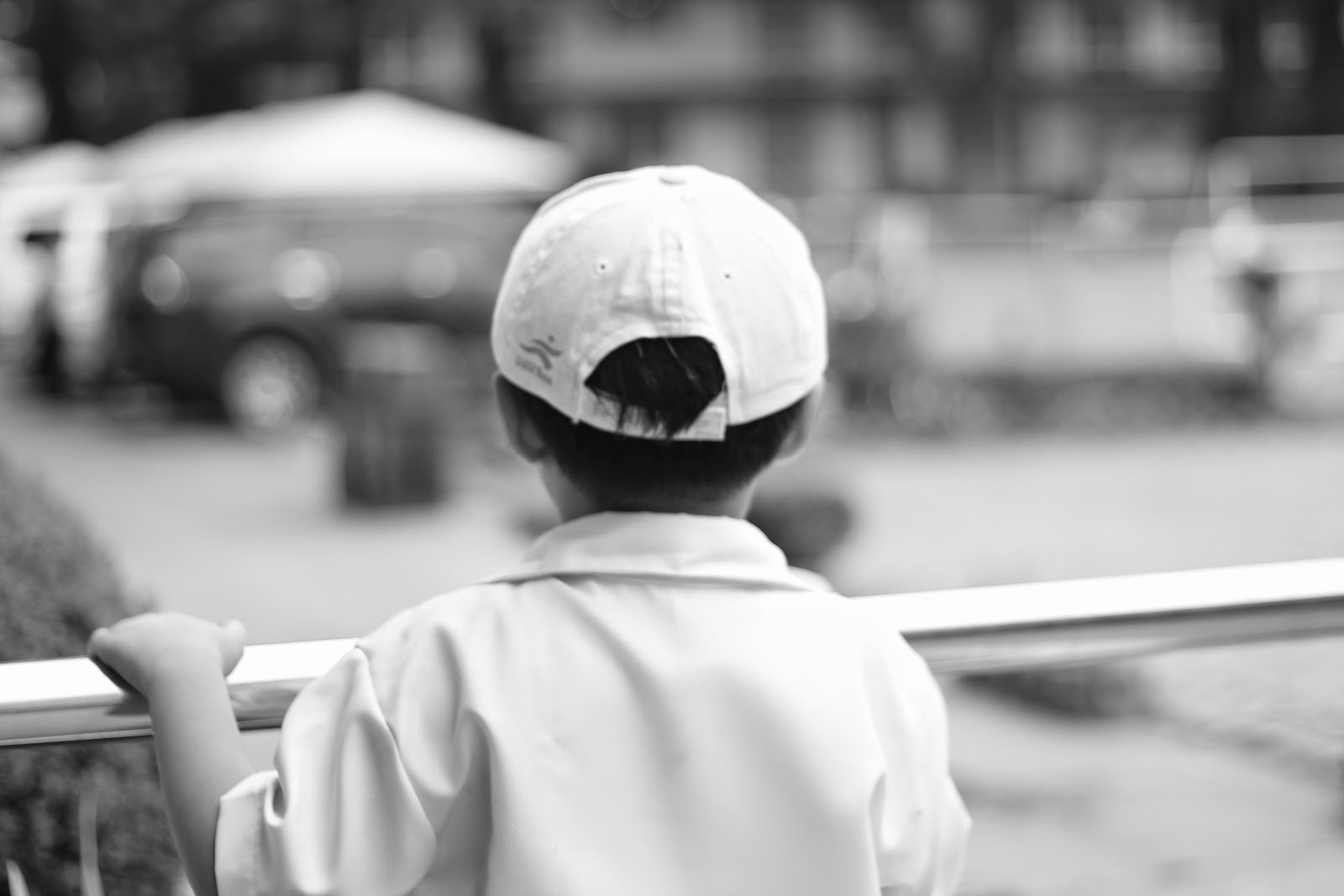 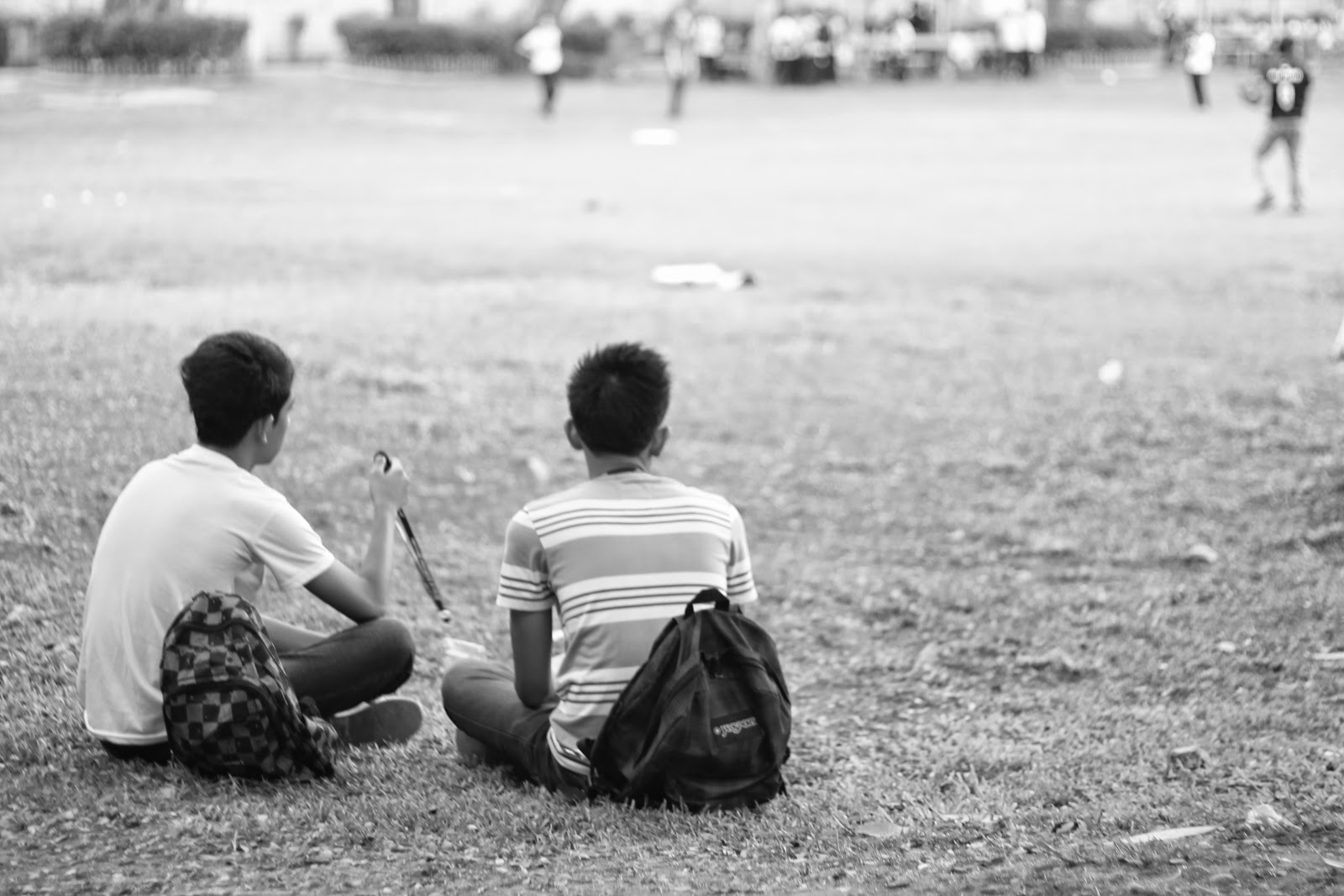 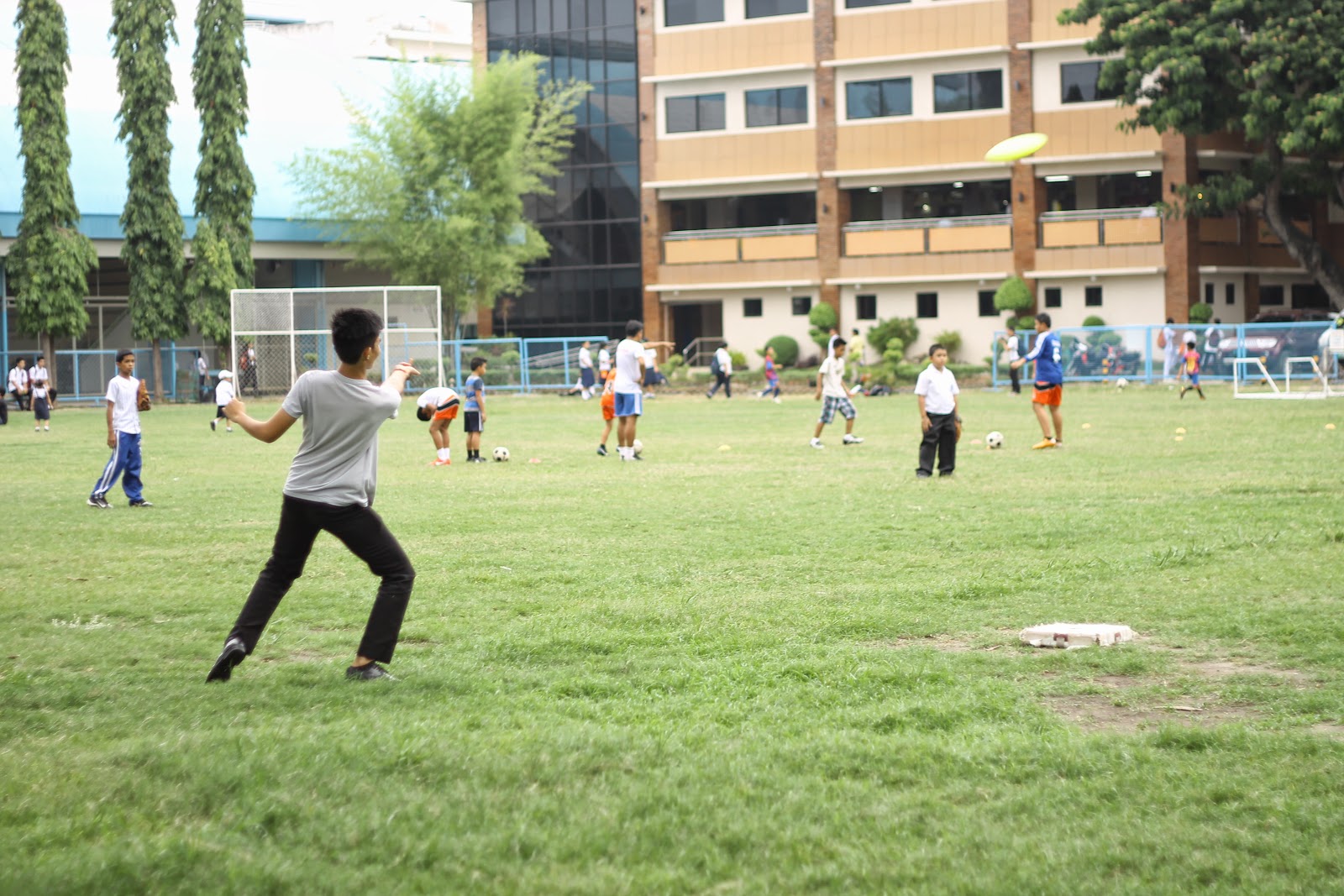 I also took BTS scenes of the participants and Ms Jojie taking photos in the school: 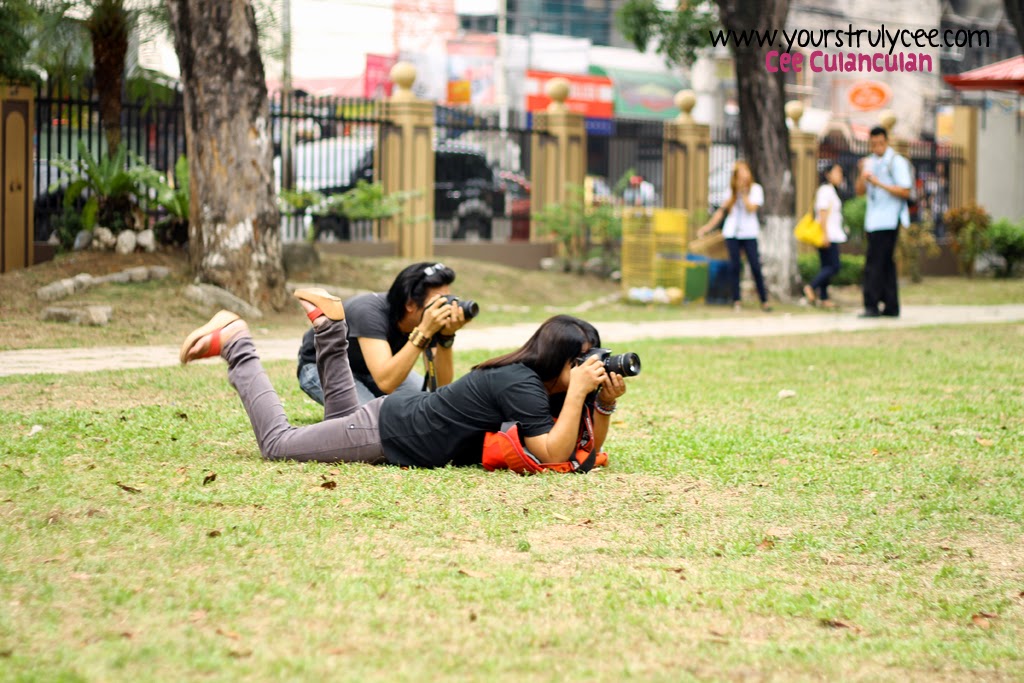 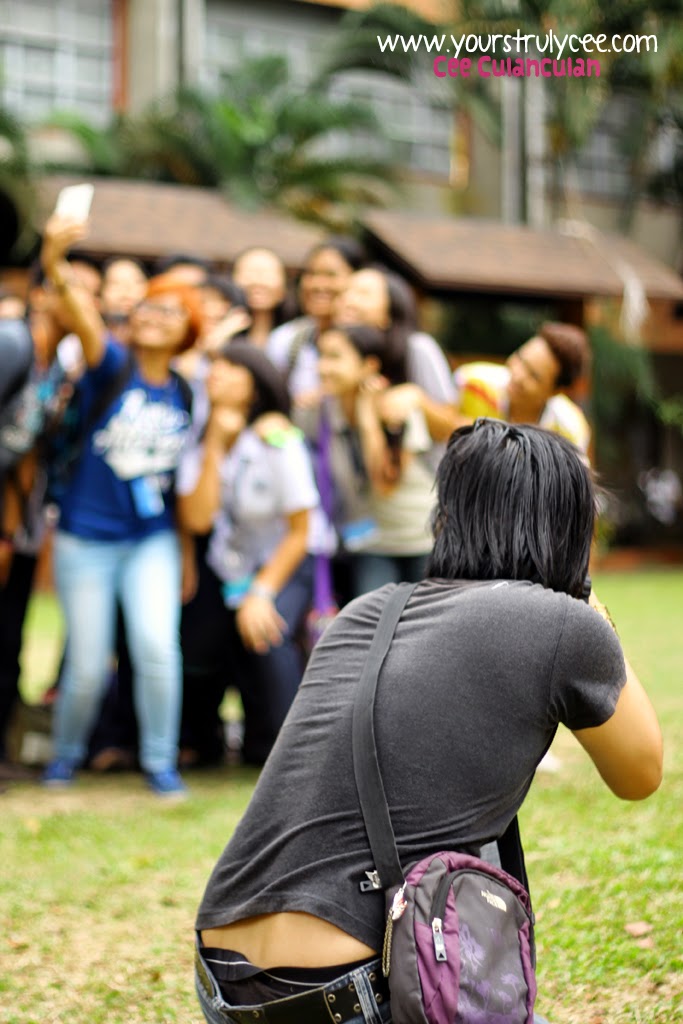 Then I asked Ms. Jojie if I can have a photo of us taken. She gladly obliged! 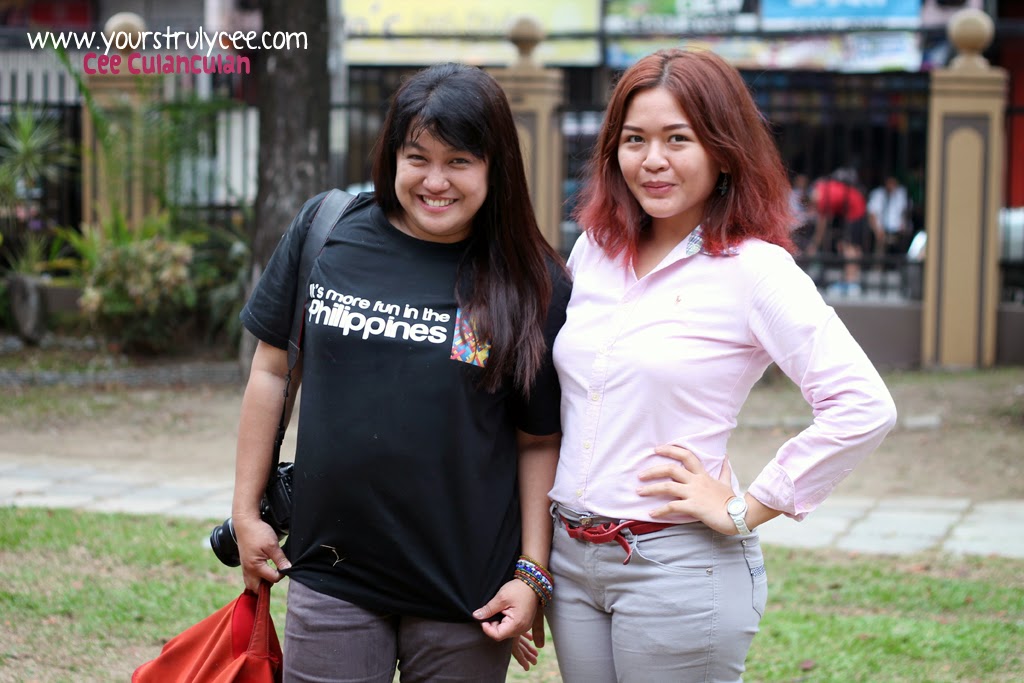 I actually thought all of my shots wouldn't work but I submitted one anyway. Surprisingly, I won an award for my entry below:
This was just a quick shot of two people on the second floor of the AdZU cafe. My companion and I were heading to our favorite food stall for a quick bite when I saw these love birds together near the stairs. I was quick with what I was doing because I feared that they would notice me and I won't be able to take the shot that I wanted.

The photos we submitted were not processed - all of us submitted untouched shots of different subjects that day. After critiquing each of the contestants' works, Ms. Jojie chose 10 photos to receive prizes from Canon and other sponsors. I received a goodie bag from Canon for my winning shot. :) 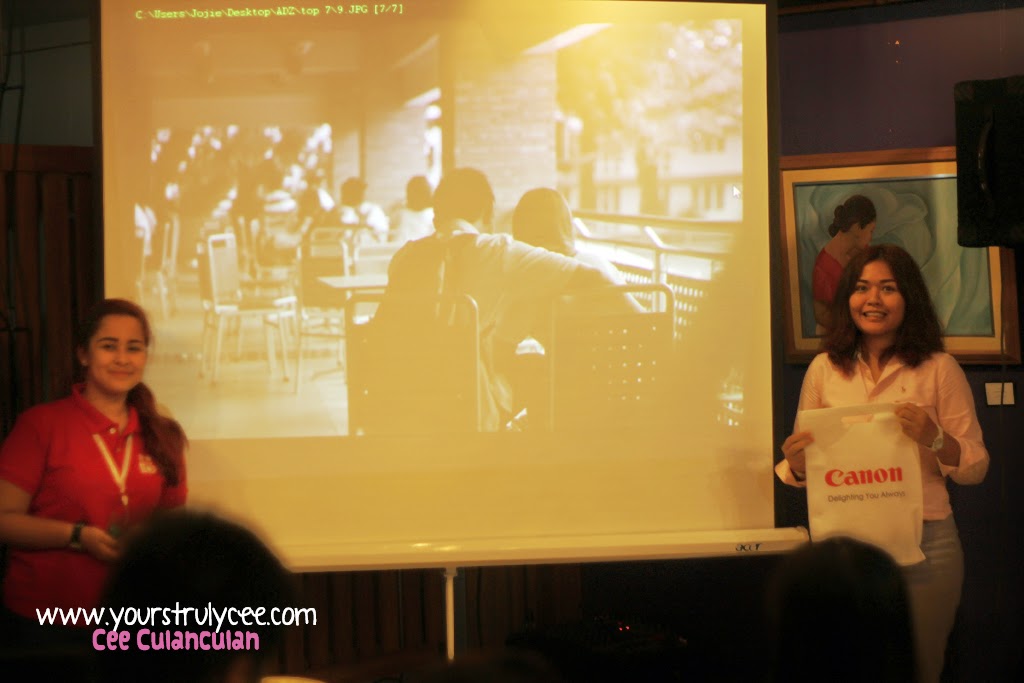 Overall, the workshop was fun and informative! I really wished that she had given a longer lecture or shown more of her photos to us. Her wide portfolio would make any person, photographer or not, be amazed of the world we live in. 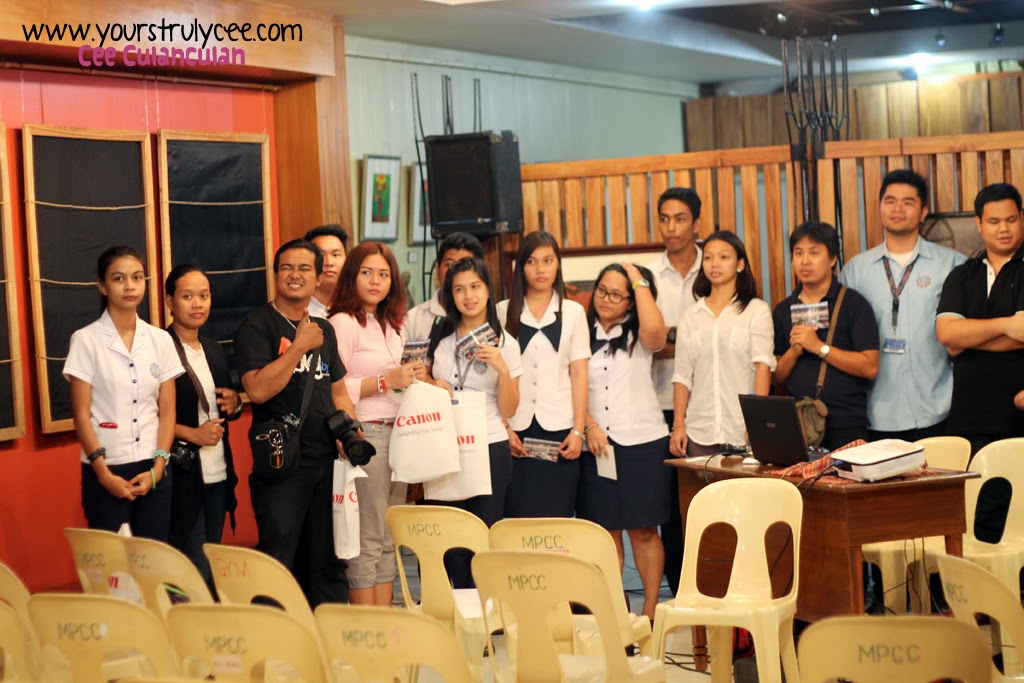 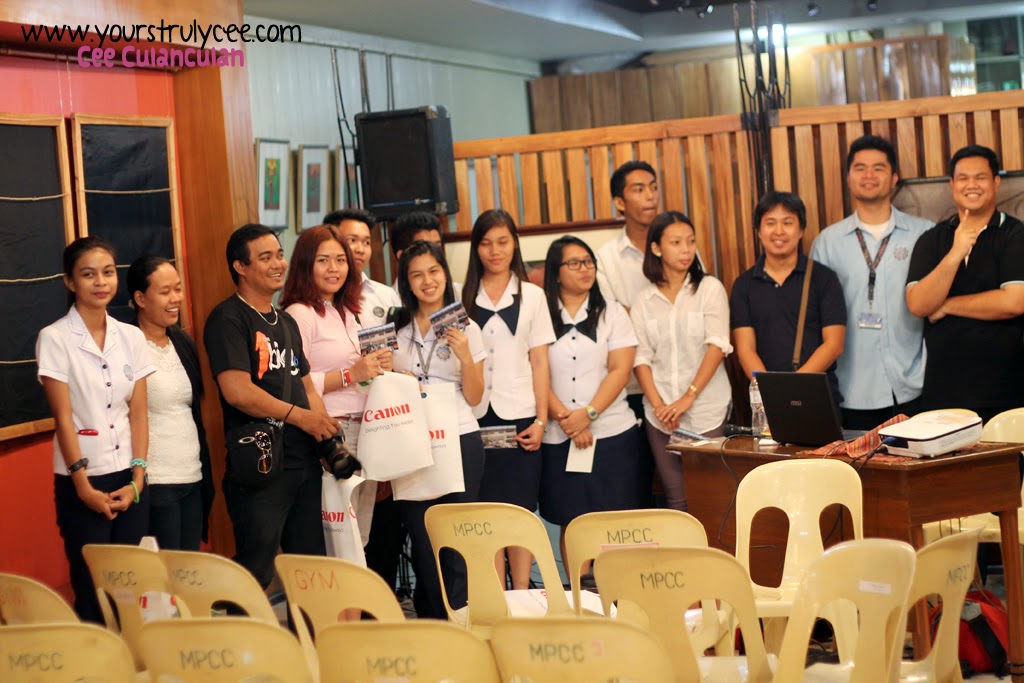 Thank you, Ms Jojie for visiting Zamboanga City! I hope the photos you took of our town would be featured in your portfolio someday.
at July 01, 2014 No comments: