I was invited to judge a cosplay event again but this time for my old college club's cosplay contest.

The Nihon Fure Ai Kai organized a competition during the College of Nursing Cup that was open to all WMSU students! It was spearheaded by their president Ivy with the members of the club and volunteers from different colleges. The contest was a blast and the participants gave their best during their skits. The event was held in the College of Nursing building in WMSU Zamboanga City last August 30, 2014.

I was contacted by my kouhai Ivy, the club's president, to judge the competition. Of course I was honored by the invitation! This is actually my third time judging a cosplay contest and my favorite part in doing it is seeing the cosplayers' effort in portraying the character they love. The facial expression, their actions and how they bring the character are some of the things I look for in a winner. And I am happy to say that I see these qualities in almost all the cosplayers who joined the contests that I judged.

Anyway, before we go to the details of what happened to the contest, let me first talk about my character that day! ^_^


I went as Lala Satalin Deviluke of To Love Ru - an alien princess who visited Earth and fell in love with a human. I really love Lala's bubbly personality and her cute expressions - these reasons are what pushed me to cosplay her during the event. I would never go out of character with her! She's all smiles!

Plus the event was held in a school so I thought it was appropriate to cosplay a character in her seifuku version. ^_^
Cosplay plan fulfilled! This was well-received that day. People commented on how cute I was as Lala. Maybe I'll cosplay her default/battle dress mode next time. I think it's fun cosplaying a character that's lively and always happy. <3

Anyway, here's the cosplay event caught on my video camera. I was not able to bring my DSLR so I just took videos of the skits during the cosplay contest using my old point-and-shoot camera.

I judged the event together with cosplayer Veronica and Nihon Fure Ai Kai representative Sherm:


After a few performances by different dancers and the judges, the winners were announced!
The contest was small with four participanting cosplayers but still everybody gave their best performances! First place went to Kent Navarro as Konoha of Mekaku City Actors. His performance was breathtaking and it garnered him a lot of fan girls!

After the event was the photo opportunity for both the cosplayers and the audience. Because I was not able to bring a camera for the photo op, I gave out coscards to those who took photos of me. I actually ran out of them at the end of the day! :) 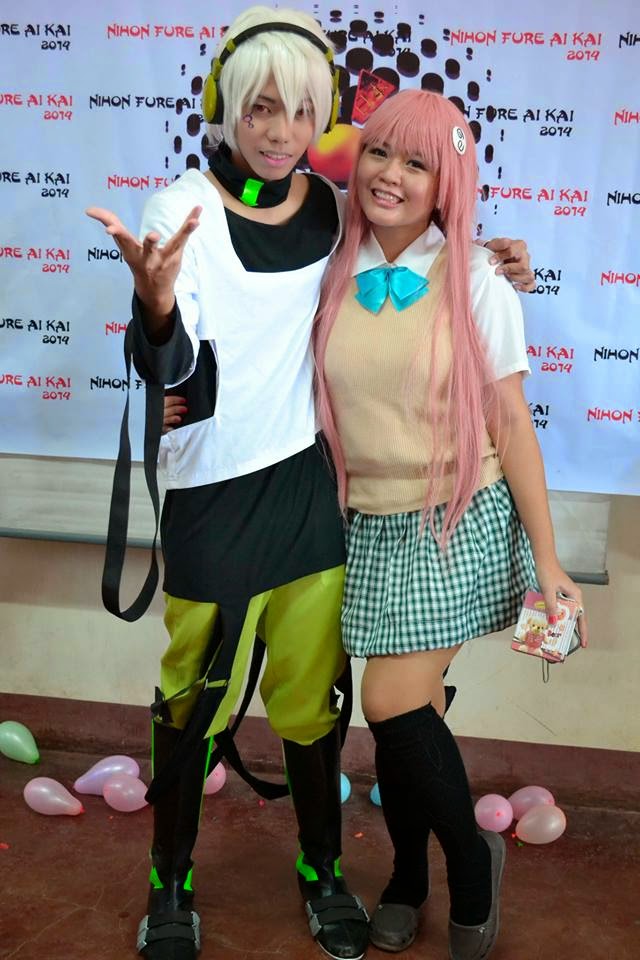 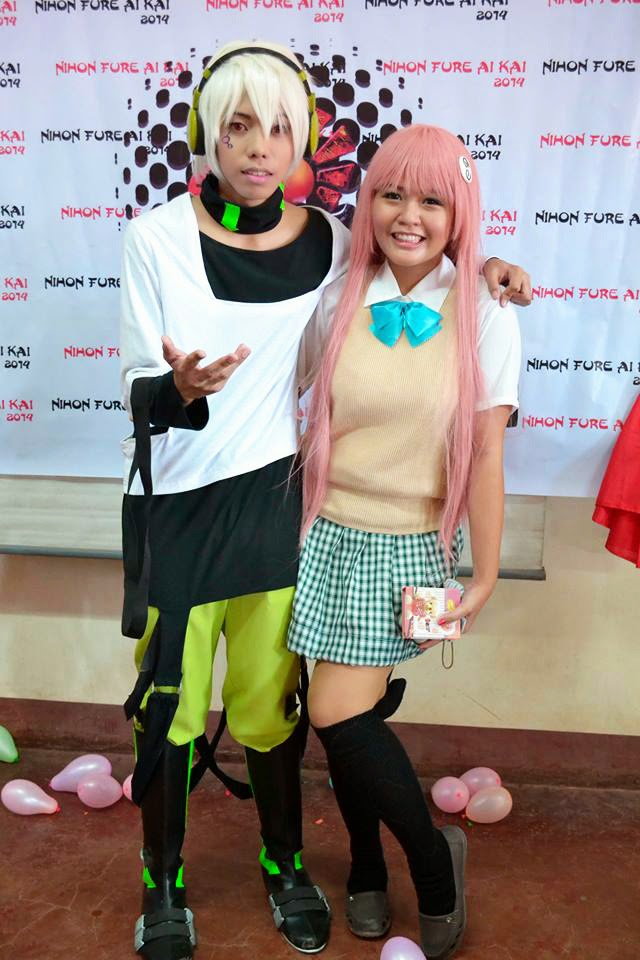 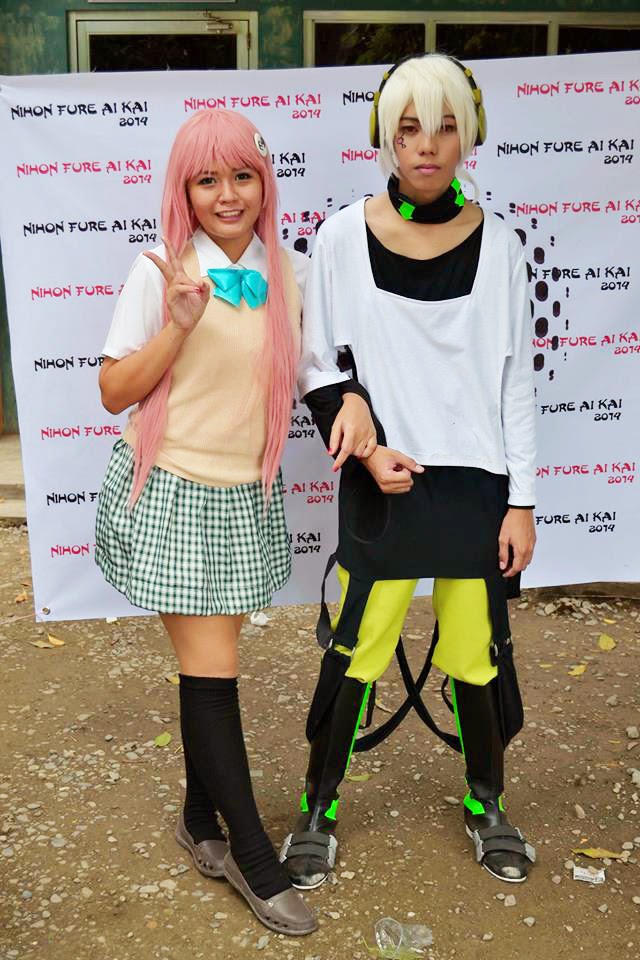 Yours truly with the First Place Winner Kenta!
Photos by Sheed

I met a lot of new cosplayers and friends that day. I discovered that there are a lot of club volunteers from different colleges this year. Kudos to the members of Nihon Fure Ai Kai for hosting a successful cosplay event in the campus.

To the Nihon Fure Ai Kai officers and members - I can't thank you enough!
Thank you again for accommodating and inviting me to the event. I surely missed cosplaying in school and you guys made it happen again!
I love you guys and see you all very soon.
Congratulations to the winners and I wish this will be a yearly event for the club. More power!

PS:
Here are some photos I grabbed from their accounts. Thank you so much for letting me grab these shots! 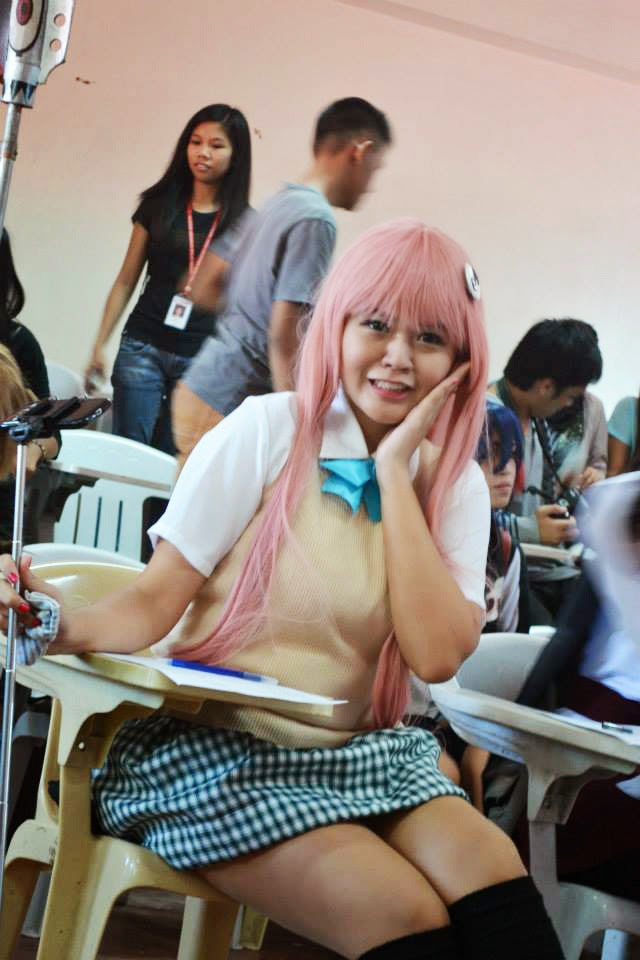 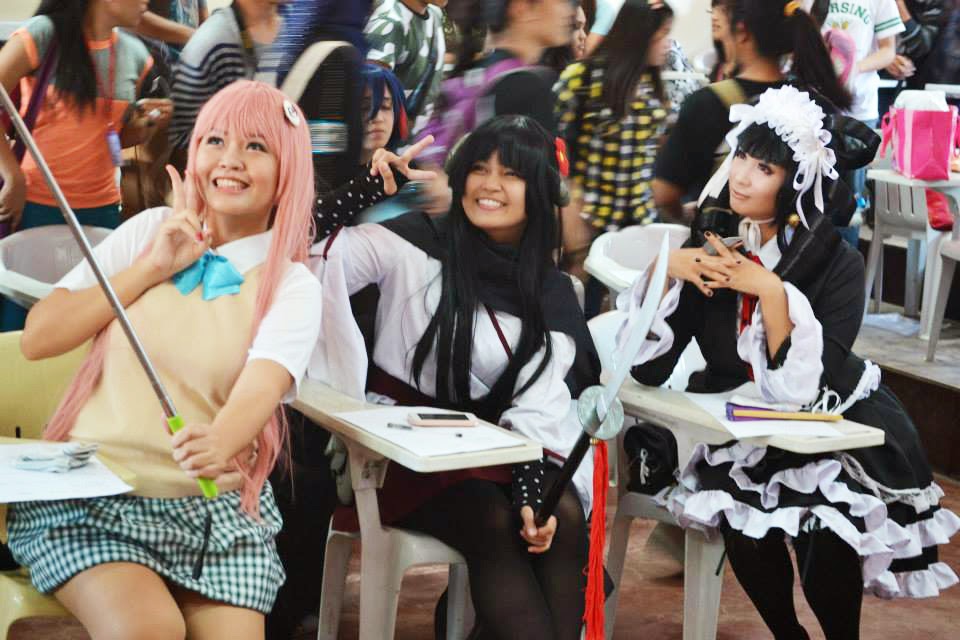 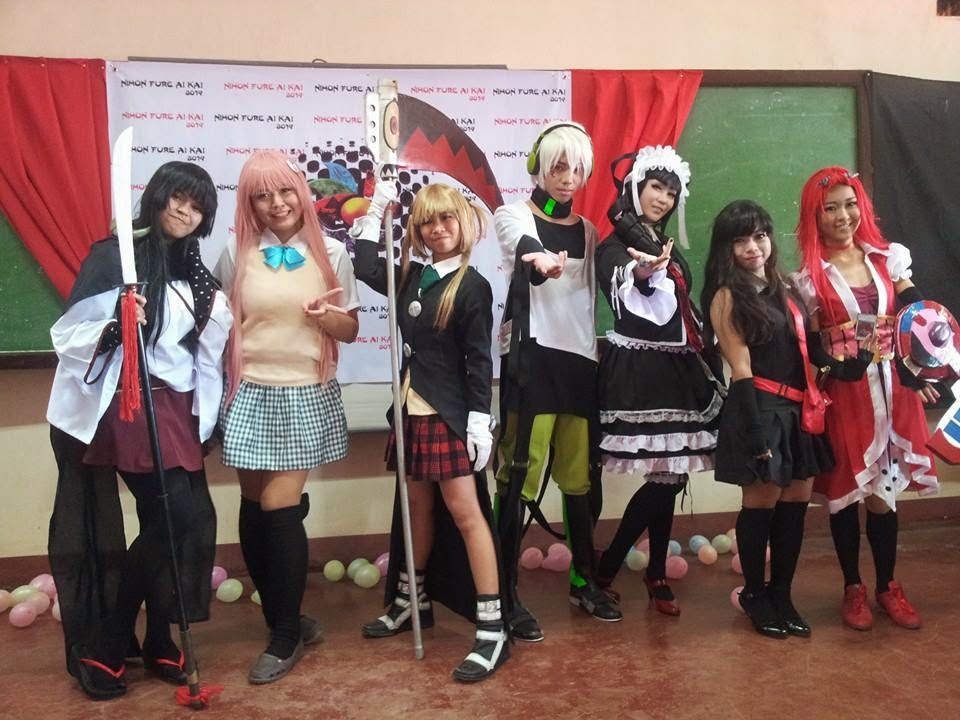 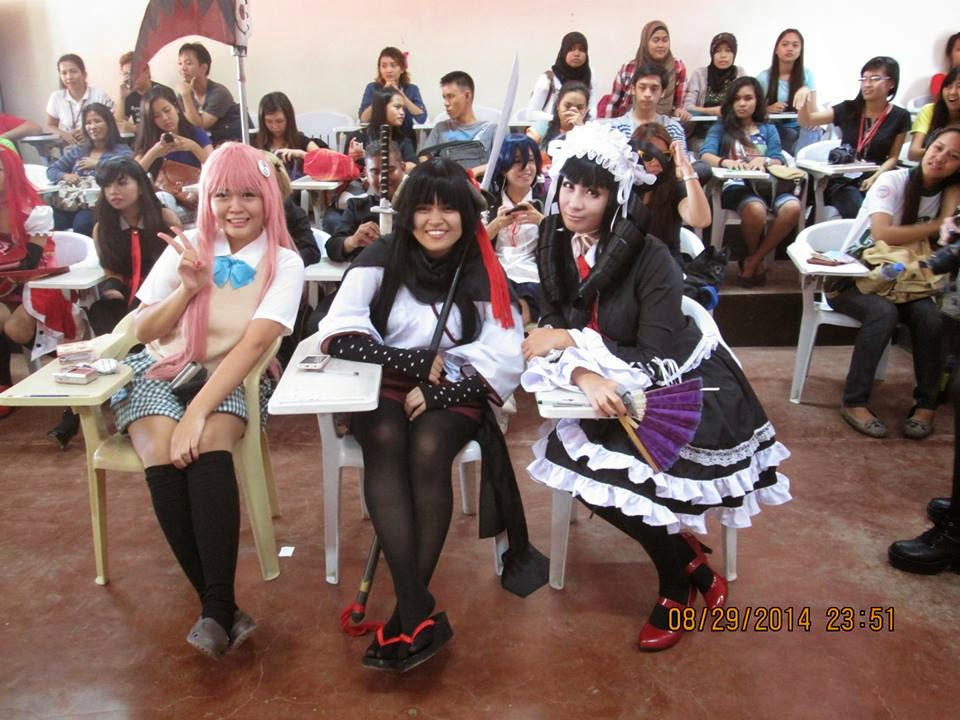 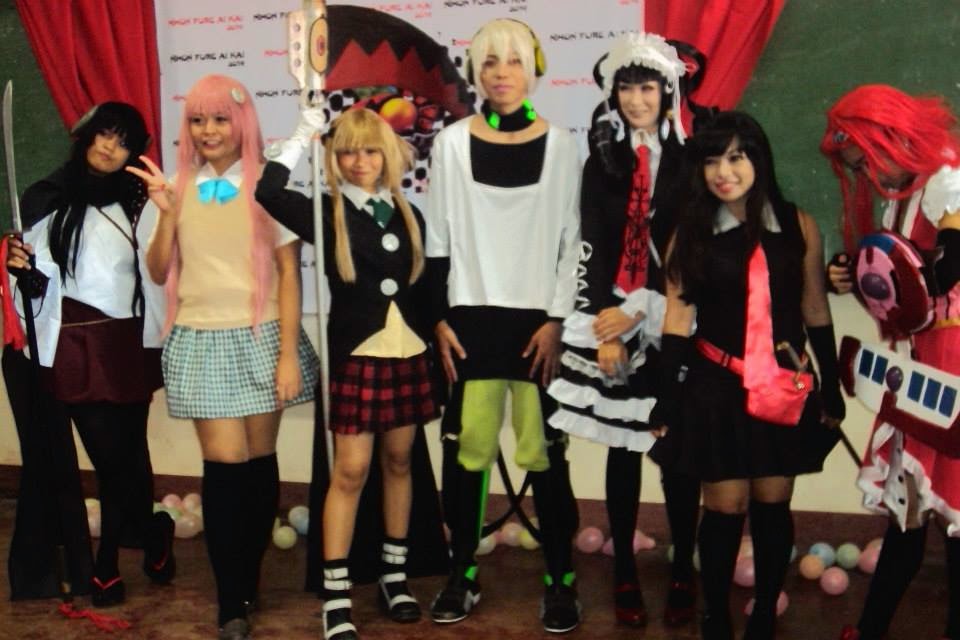 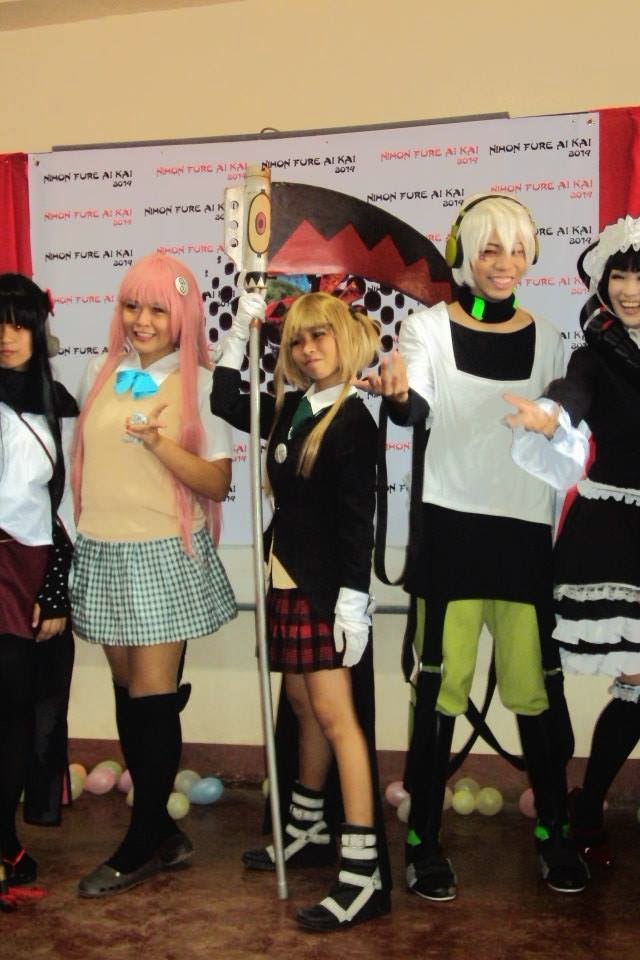 From Bea and Mark 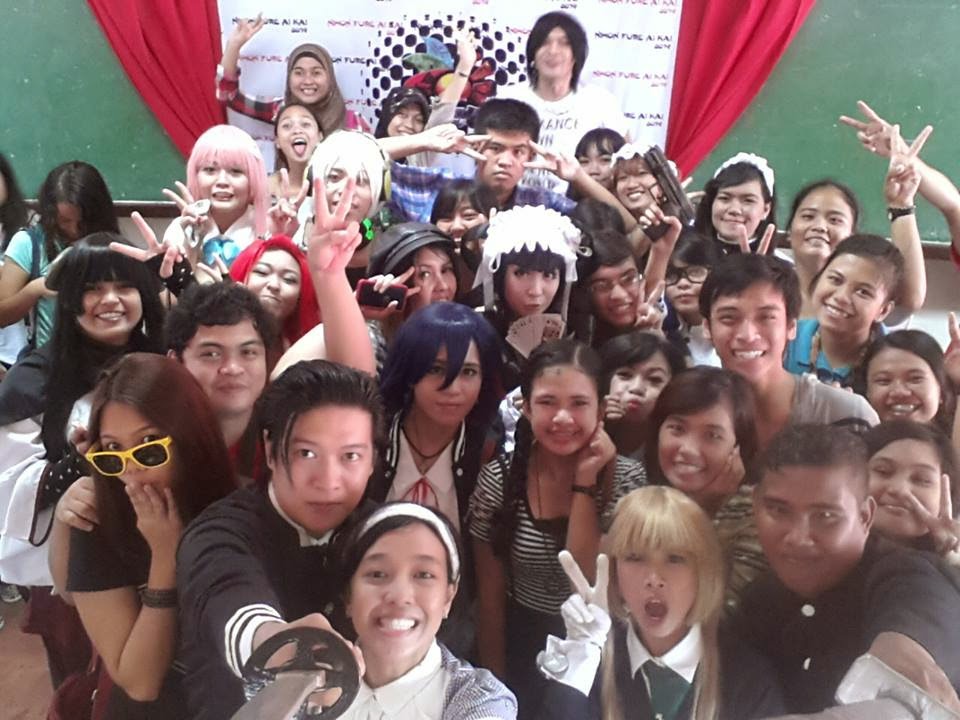 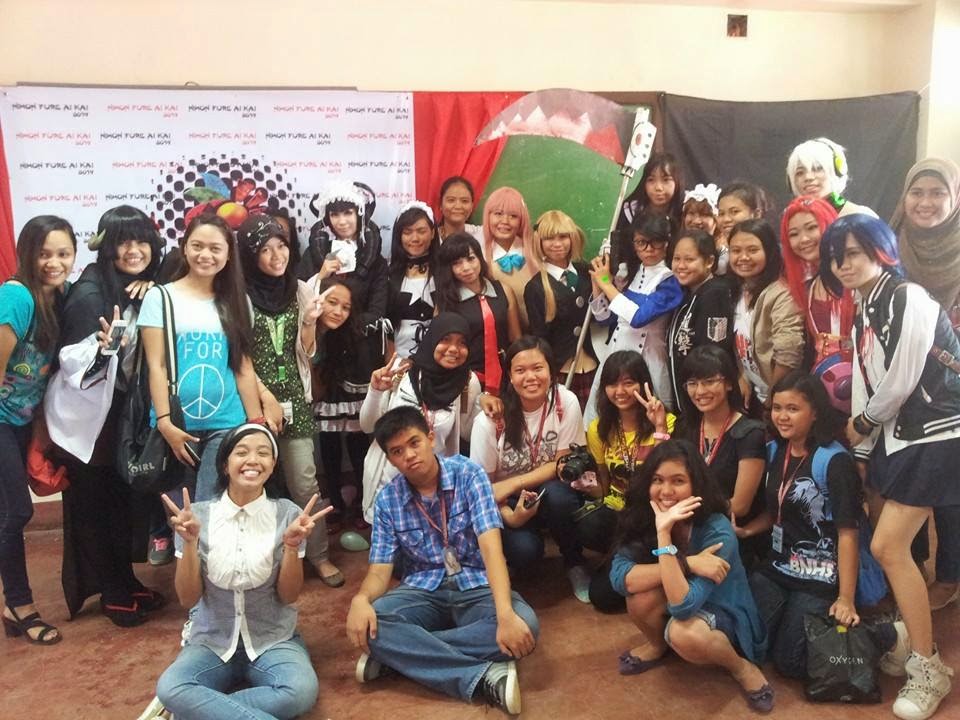 Will upload more grabbed photos on my Facebook Page:
www.fb.com/yourstrulyCee
at September 01, 2014