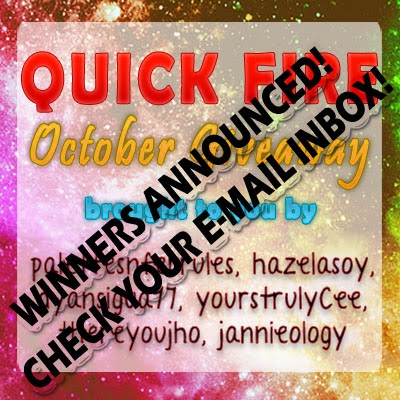 The Quick Fire October giveaway just ended and the winners are now displayed in the Rafflecopter below.
If your name is displayed below, check your e-mail inbox for details on how to claim your prize.

Thank you so much for joining! Stay tuned for more giveaways here on my blog!

When I go on vacation out of town, I really make sure that I get to shop in one of the malls of that particular city. Here in my place, Zamboanga City, we don't have big malls with several famous shops. Heck, we only have one Otaku store that sells a limited variety of anime goodies. That's the reason why I go gaga over mall shopping and I really can't miss visiting even a small mall to buy the things I usually can't find locally.

The 3 types of shop that I always visit are:

Usually, while visiting these shops, I splurge a lot on things that I want and need. And well, spending a lot does not make me feel guilty as I rarely do this. I usually save up enough money before going on vacation so that I can buy those things I've been looking for.

One example is my vacation last week. I accompanied my mom to her business trip to Cagayan de Oro City and I lived with my cousins there. I really love visiting the city because of it's simplicity, it's wide variety of shopping malls and it's cheap public transportation fees.

So after hanging out with my aunt and cousin, they took me to the mall to do some quick shopping. And I bought a few things with my hard-earned money from selling floral accessories over at Fabric Flowers By Cee.

Makeup Haul
What I love about visiting Watsons is the helpful staff that mans almost every makeup stand in the store. They are really friendly and helpful when I visit the shop and they almost always interact to their customers about the makeup products that are available. They aren't one of those annoying kind of sales staff - the ones that watch you like a hawk when you browse each product.
(I rarely encounter friendly staff in the local stores here in Zamboanga City and when I sometimes browse products from department stores, the staff almost always watch you like a vulture... ready to attack once you pick an item. I don't like that at all!)

I got amused by the black lipstick available. I think this would be a perfect product for a Halloween Party makeup! :) I bought a couple of lip balms for my girlfriends. And I found a matte pink lipstick for everyday use. I will definitely make an in-depth video blog on these products!
Plus - I found this leg makeup from Nichido. Perfect for your imperfect legs! (I tend to cosplay characters in sailor fuku and I admit I have imperfect legs. I hope this will cover those leg scars and uneven skin tone.)

Otaku Goodies!
I can't really miss visiting an otaku shop whenever I am shopping at Centrio Ayala. So I visited Comic Alley!
After being recently addicted to FREE!, I bought my very own Iwatobi High School Swim Club jacket! This will make me feel like I belong to the swim team. LOL
Then even tho I don't really need one, I wasn't able to resist buying the Arabian FREE! mouse pad.
I got a bit disappointed when I discovered that they only have about three merchs of Dangan Ronpa The Animation. *sob* One was a Monokuma bear (I have that already). The other was a Monokuma cosplay hoodie (I am planning to cosplay Junko, not Monokuma! LOL). So I ended up buying the Principal's Office key for that I decided to give to a friend. I hope this friend likes it! :)

Because of the time constraints, I wasn't able to visit National Bookstore for a book or two. Sigh. Maybe that's the reason why I had a dream of shopping for books last night! LOL. The books are haunting me!

Extra! Extra! Extra!
Before I got out of town last week, I ordered a couple of shirts from my favorite hat shop
Hatah Hatah!
What I ordered? No surprise here: Iwatobi Swim Club's Secret Shirt!

Why is it called the 'secret shirt'? Well, you have to watch the first season to know the answer! LOL
Anyway, I contacted Jayne of Hatah Hatah to order shirts for me and for a friend and she replied immediately and the transaction went smoothly. She even gave me a big discount! Such a wonderful person! The shirts I got are really good in quality and it fits nicely. I am so happy of my purchase and for sure I will be ordering again from them in the future! 5/5 shopping experience!

I admit that I don't really shop frequently... but when I do, I tend to spend a lot! LOL. I always shop when I go on out of town vacations and I usually buy stuff that aren't found in the local stores. The other thing that I love about shopping out of town is the fact that the customer service is better than most of the shops here in the city. The sales staff are very nice when it comes to helping customers and they are attentive to the needs of those people who visit their establishments. It may not be always perfect but it's much better. I hope customer service of the malls here in Zambo will slowly improve in the future.

What do you love to buy when you go out of town? Comment down your answers!

PS:
I never thought this post will be this long! LOL Thank you for reading!

One of the most awaited month here in Zamboanga City is October - this is because of the well-known feast celebration of our patron saint the Lady of the Pillar.

The annual celebration during this time is dubbed as the
Zamboanga Hermosa Festival, locally known as 'Fiesta Pilar'. It is a month-long celebration highlighted by these popular events: the Regatta de Zamboanga (Race of different Vinta, the traditional sailing boats of Zamboanga, held at the Cawa-cawa Boulevard), and Baile de Calle (Street dance contest) held on October 11 and the religious celebrations on October 12.

This year, there were a few changes on the Baile de Calle event. As it turned out, it was held in Zamboanga City Coliseum instead in the streets of Zamboanga and they renamed it Baile de Festival.

I got an invite to cover the Baile de Festival event from Ms. Grace Bermejo of Id8 for Tang Philippines. Of course, I got excited after receiving such invitation. I am both a blogger and a photographer and events like these provide wonderful opportunities to get new content for my blog.

Tang, a powdered juice drink brand in the Philippines, sweetened the event with their latest flavor "Sweet Orange" released exclusively across Mindanao. (Doesn't that fact makes us special? :))
Tang did not only provide sweet and refreshing drinks to event-goers and participants - they also sponsored the prizes for the winning dance groups. 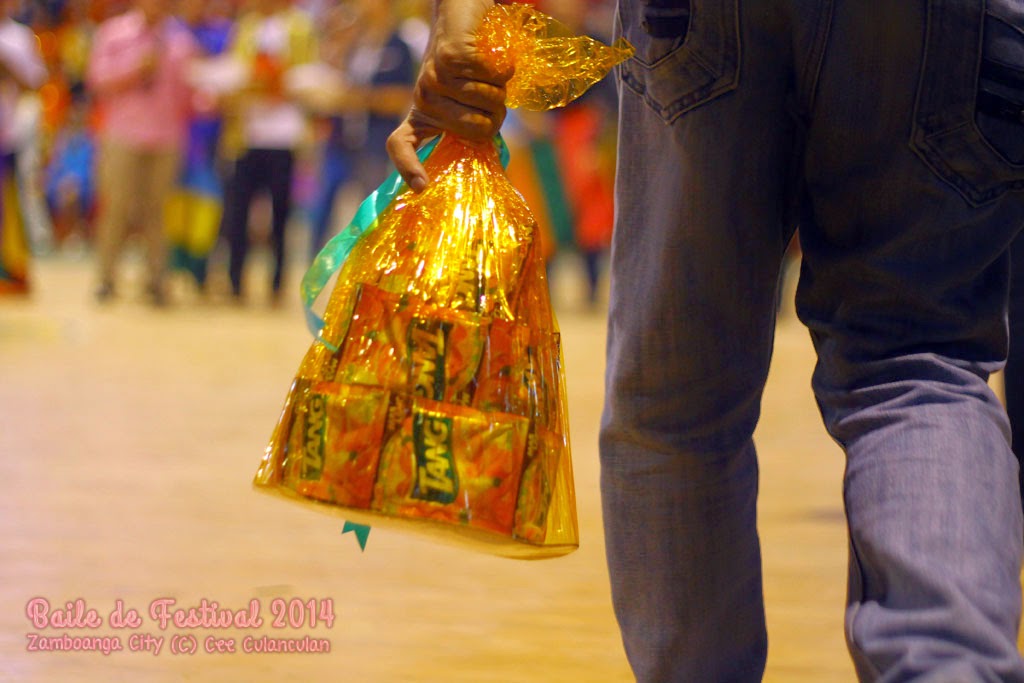 Joined by Miss Grace herself and a few other representatives of Tang, we watched as each dancer performed as if it was the time of their life as seen in their snappy moves and exuding energy. 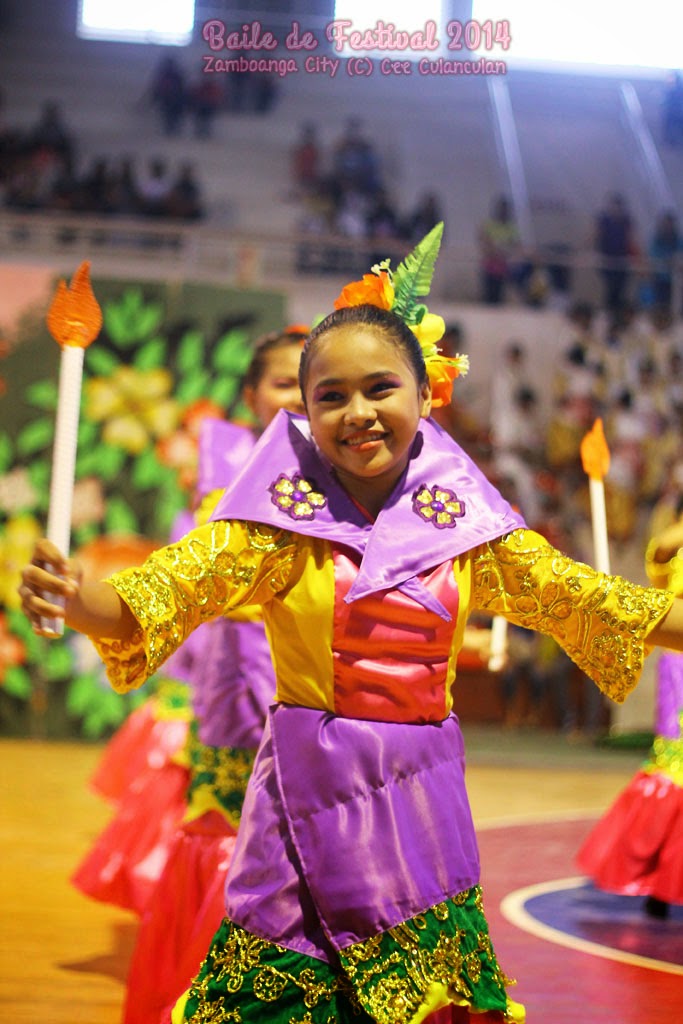 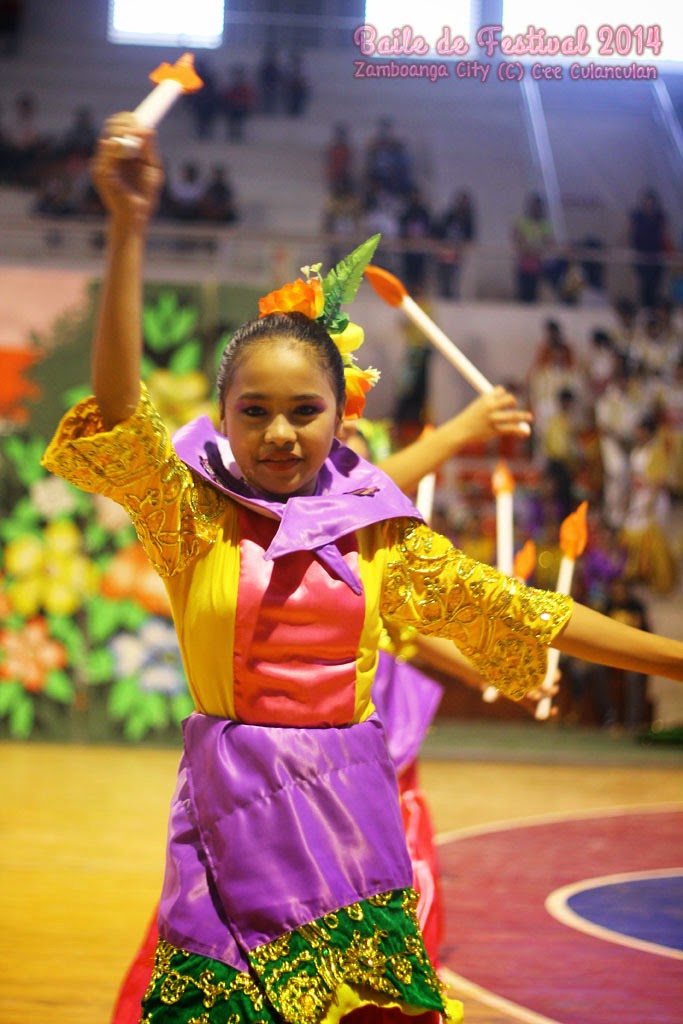 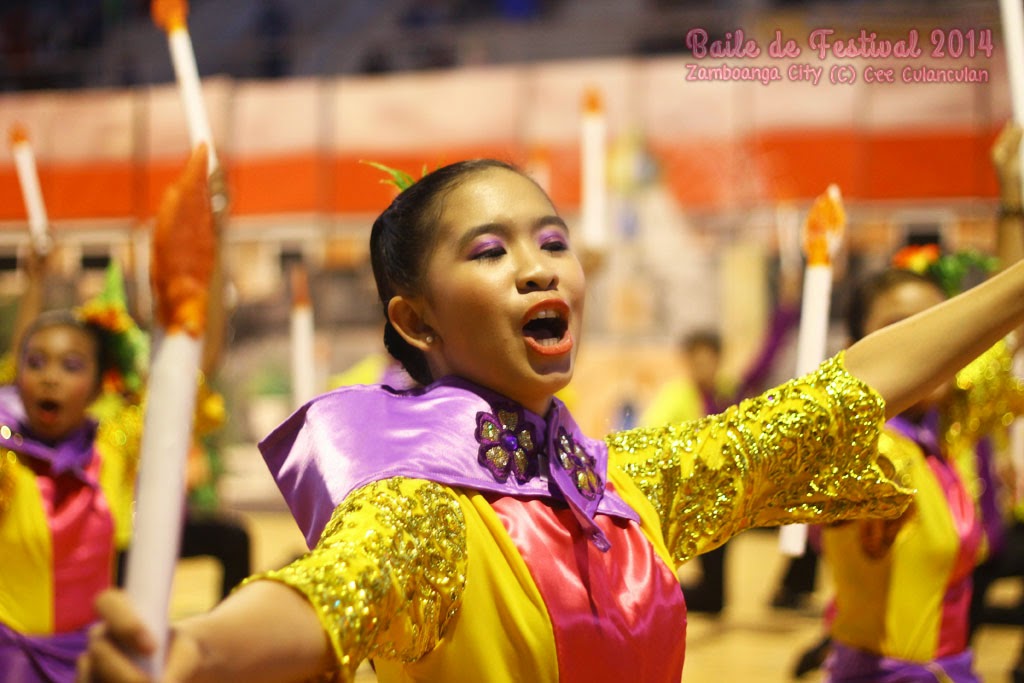 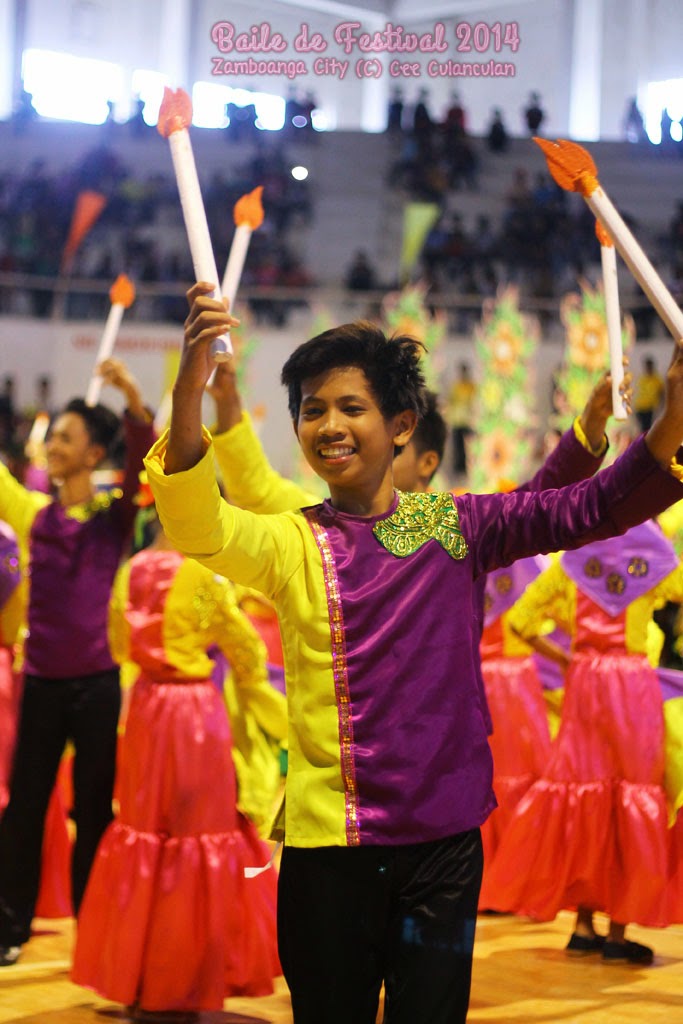 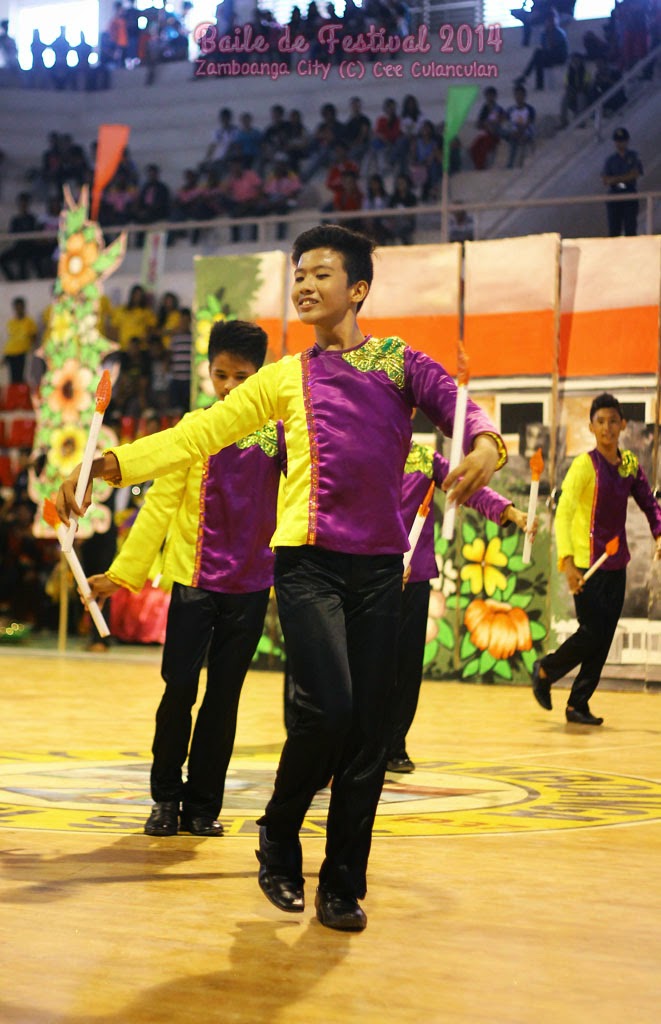 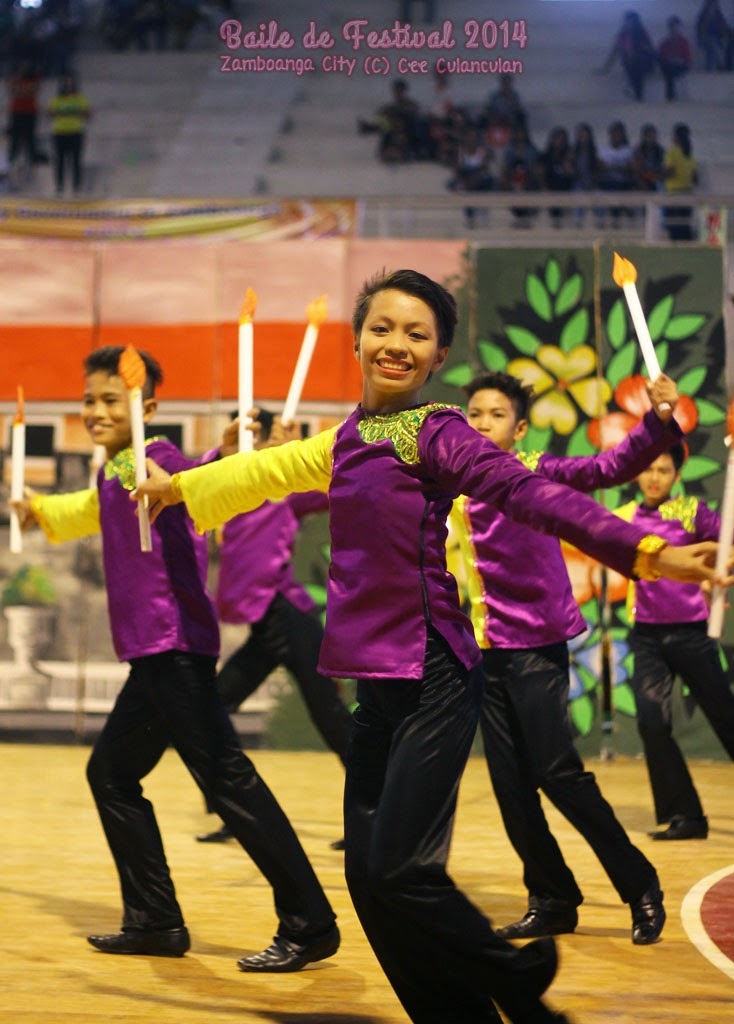 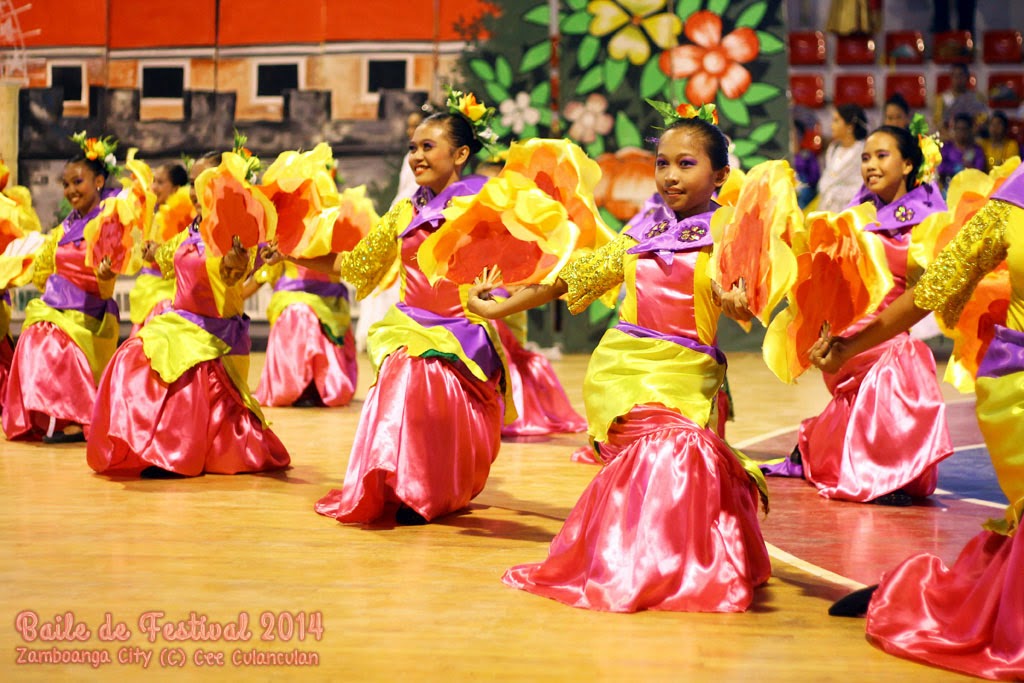 With smiles as sweet as the flavor of Tang Sweet Orange, the students of the ZCHS Main won first place, followed by DPLMHS and MCLLNHS. 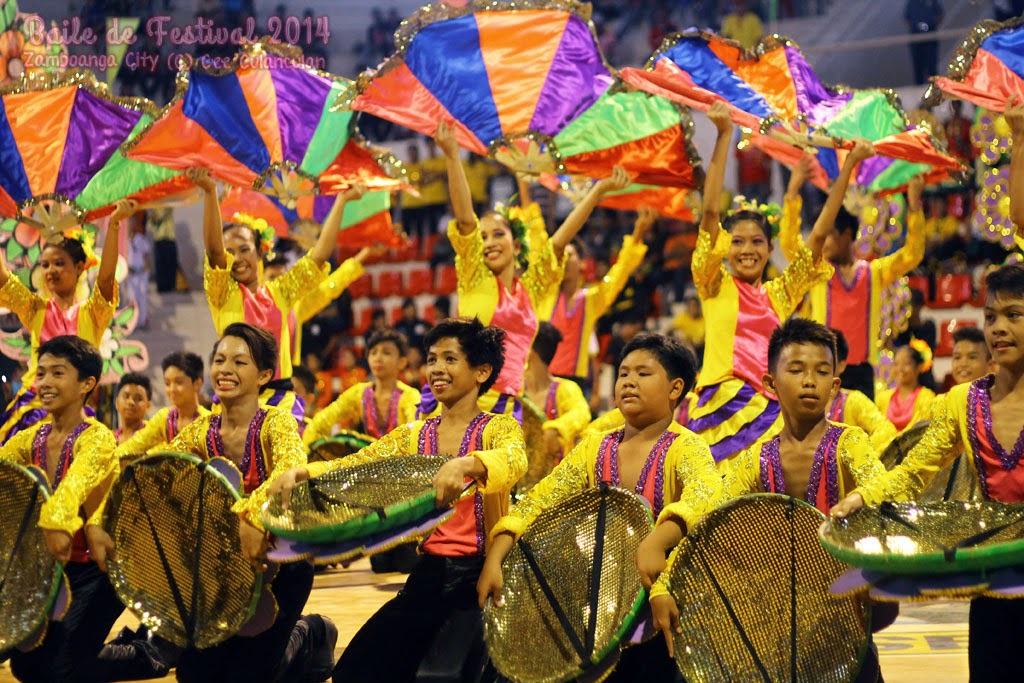 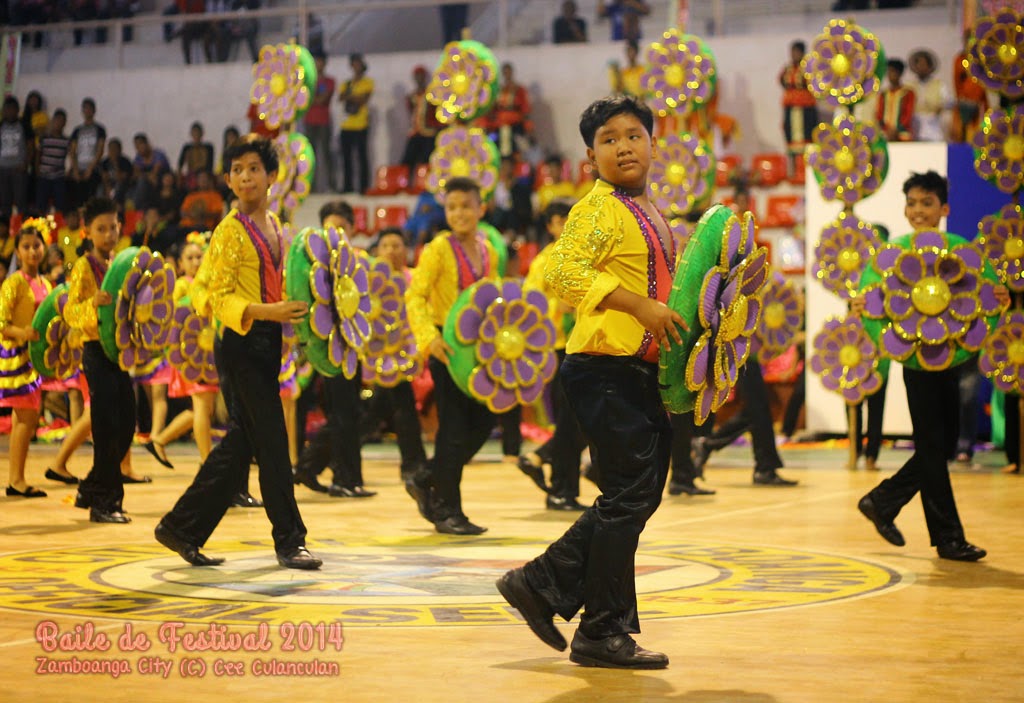 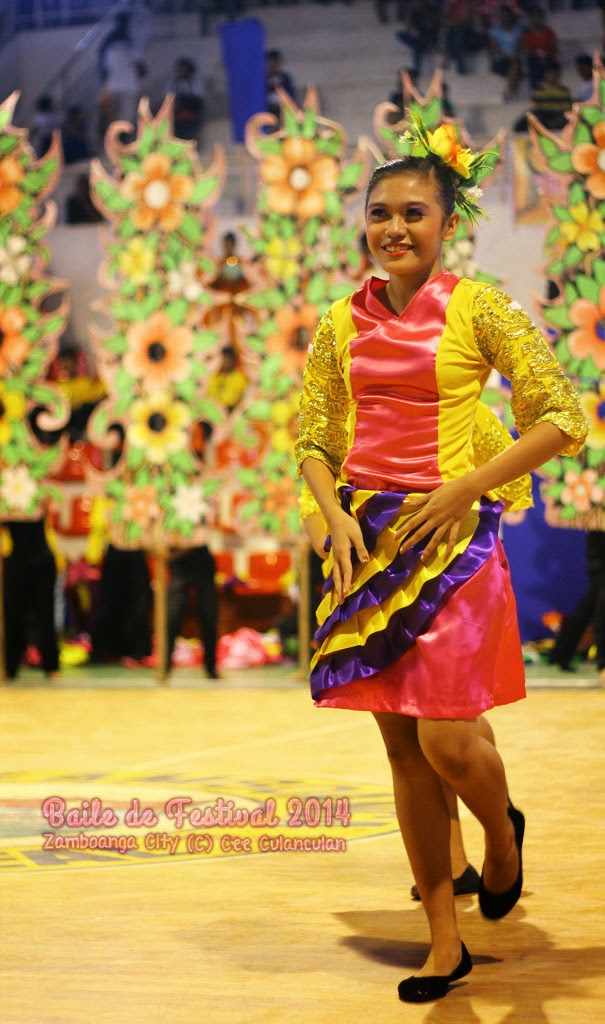 Similar to Tang Sweet Orange's lasting unique flavor, the winning school's energetic performance will surely stay in the minds of those who witnessed the entire event.

Mayor Beng Climaco of Zamboanga City had a special performance together with a few City Councilors and participants during the course of the program: 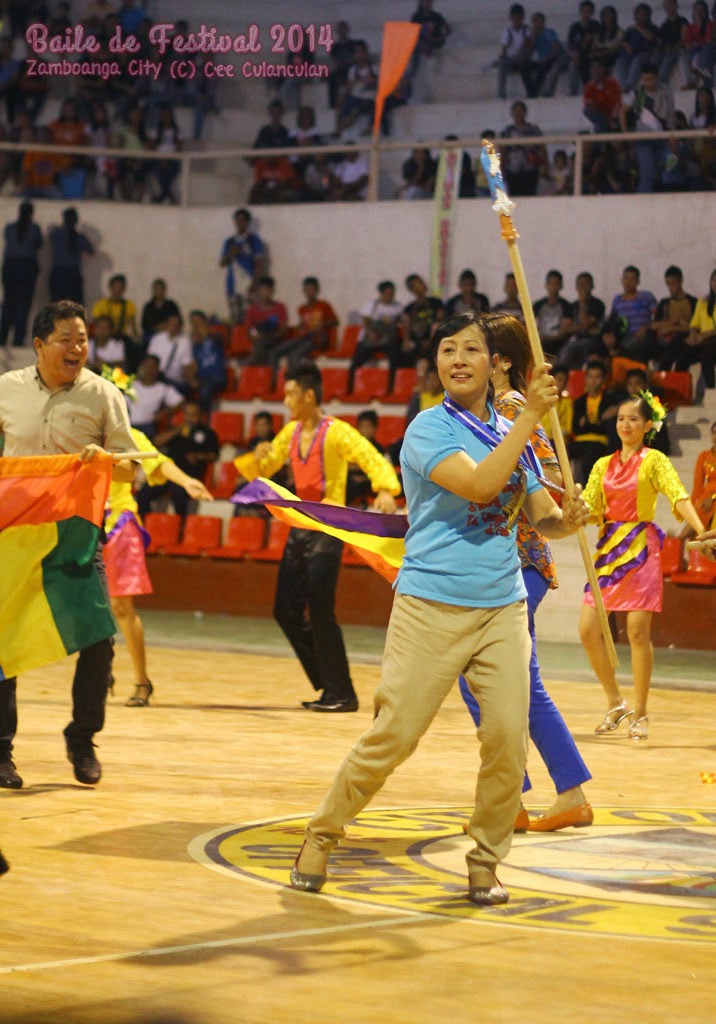 It's nice to watch City officials dance once in a while. :) 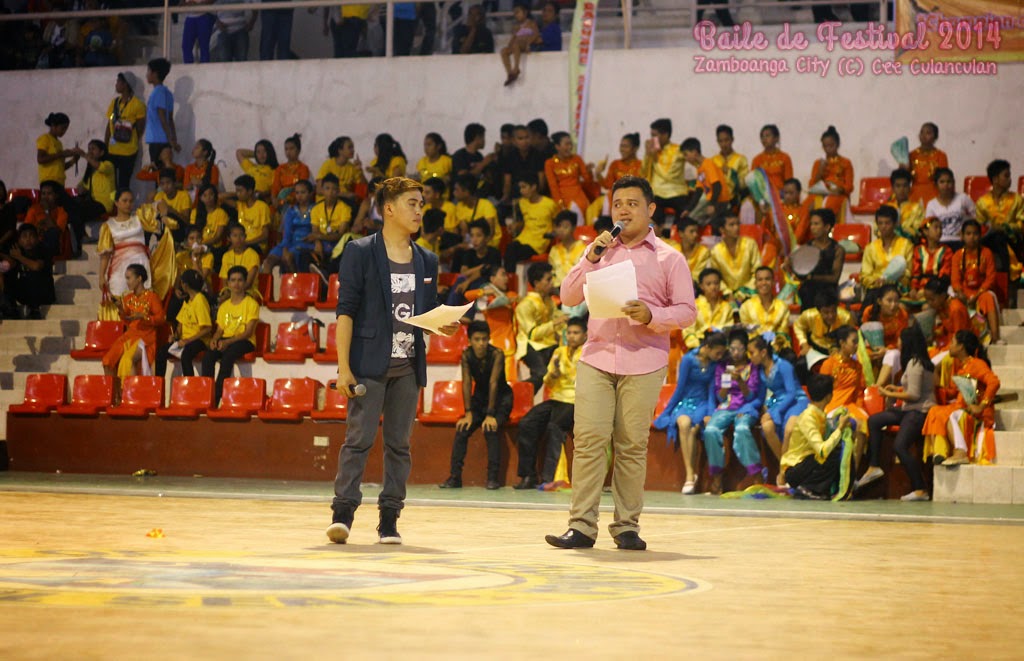 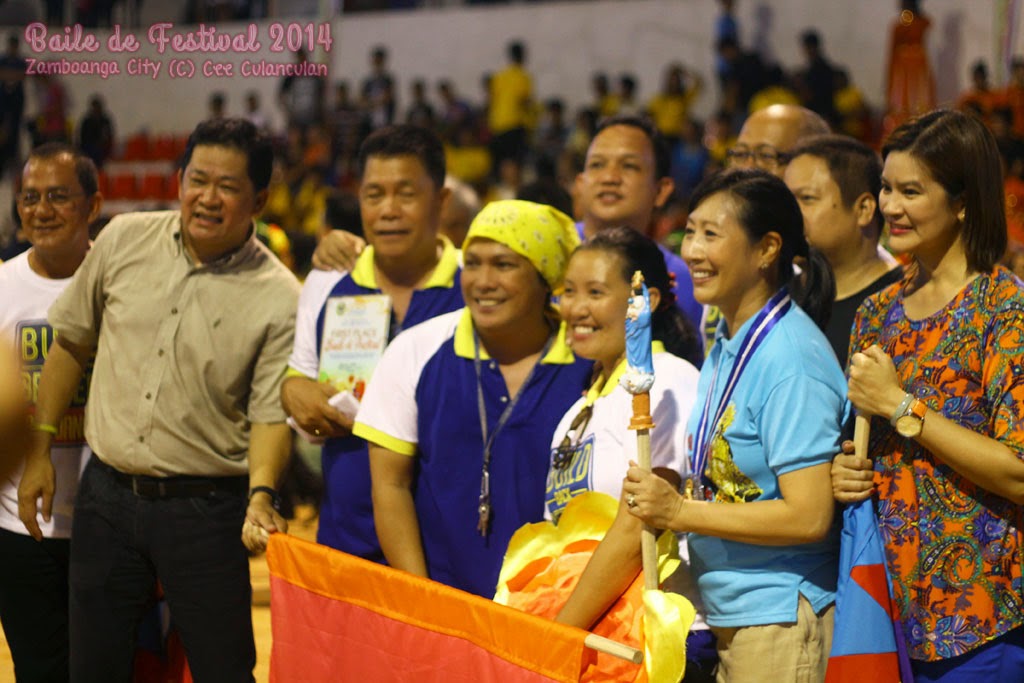 I would like to thank Ms. Grace and the people from Tang for inviting me to cover the event. I had fun watching the performers dance and witnessing a burst of joy after the winners were announced by the judges. 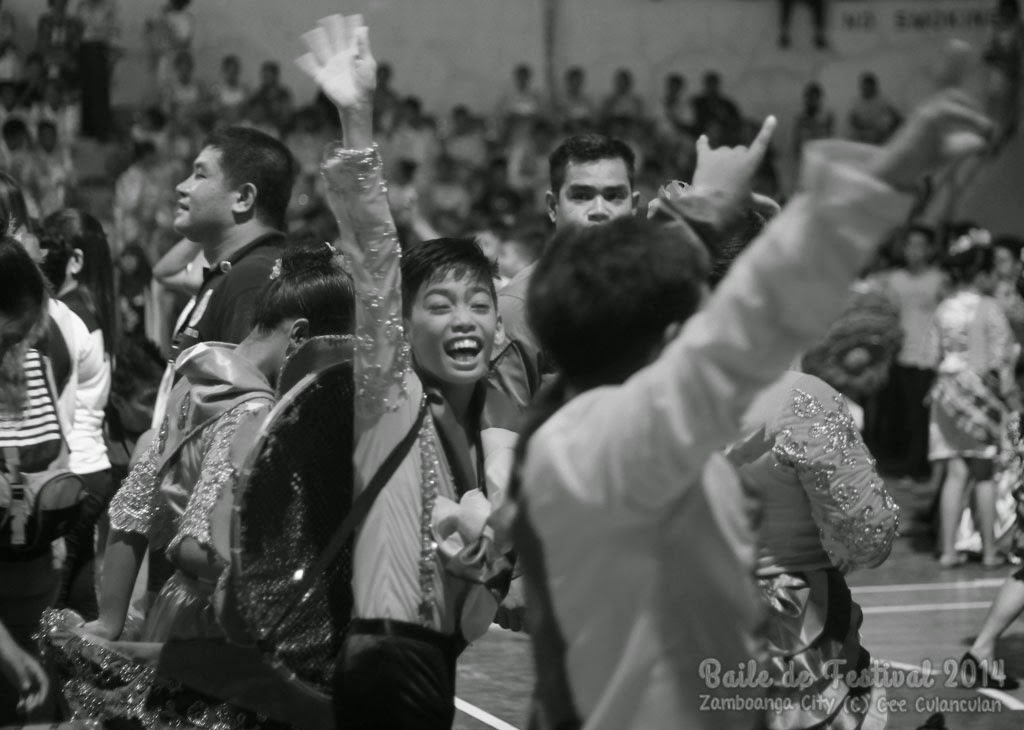 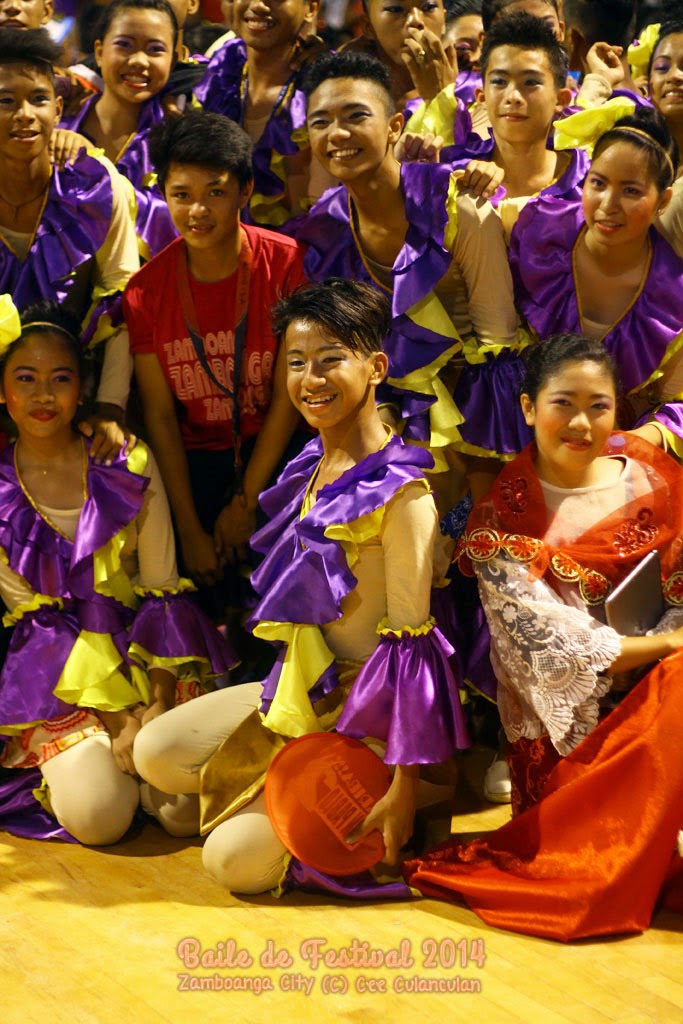 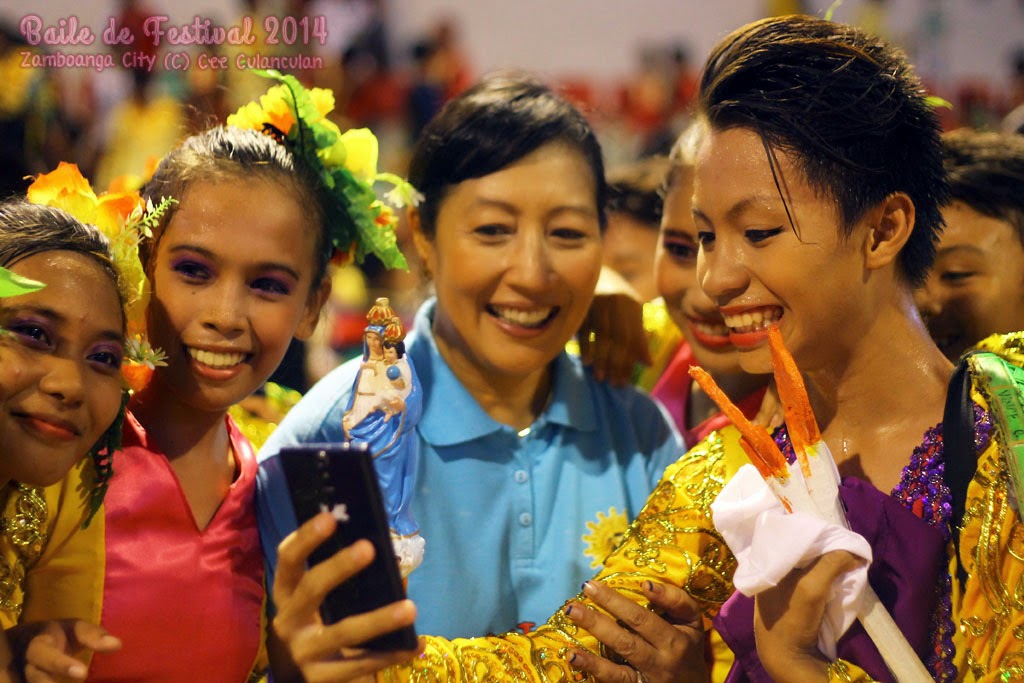 Hey guys!! Remember that I promised to host a giveaway again a few months ago? Well, I wasn't able to organize one these past few months because I got overwhelmed by orders from Fabric Flowers By Cee. I am the only one who produces the accessories for the page so I thought it's best to fulfill orders first.

I have so much to thank for this month. My Facebook page reached 4000 likes. My shop's facebook page is almost reaching its 1000 likes milestone and I am getting regular orders from my customers! Thank you for supporting my cosplay and photography and thank you so much for choosing and trusting my shop for your kimono accessory needs!

To celebrate these blessings, my shop's first anniversary and this blog's 3rd anniversary (and to give back to my lovely customers and readers), I collaborated with other lovely bloggers for a joint giveaway.

Six  lucky winners will get the following prizes: 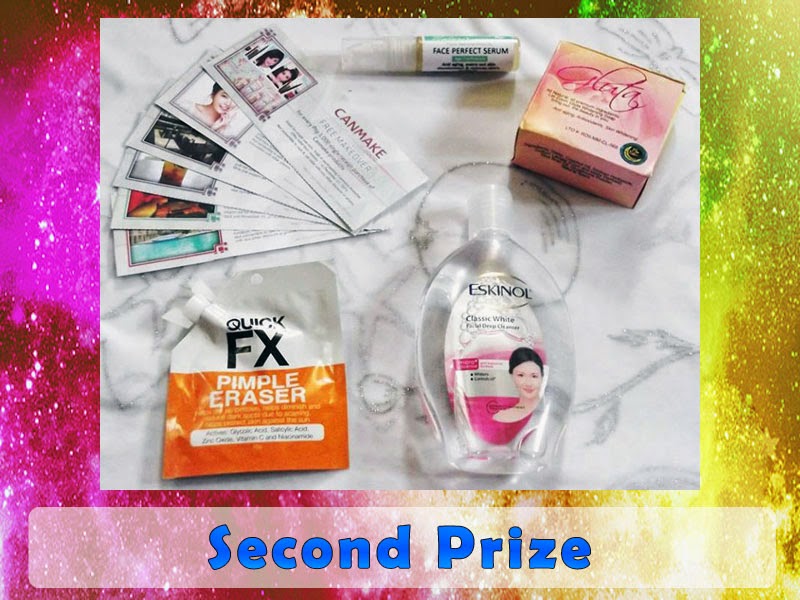 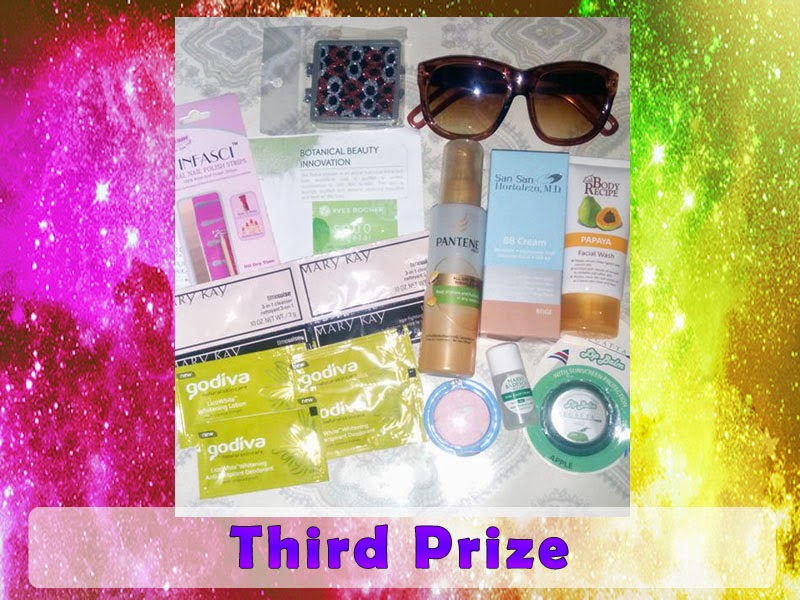 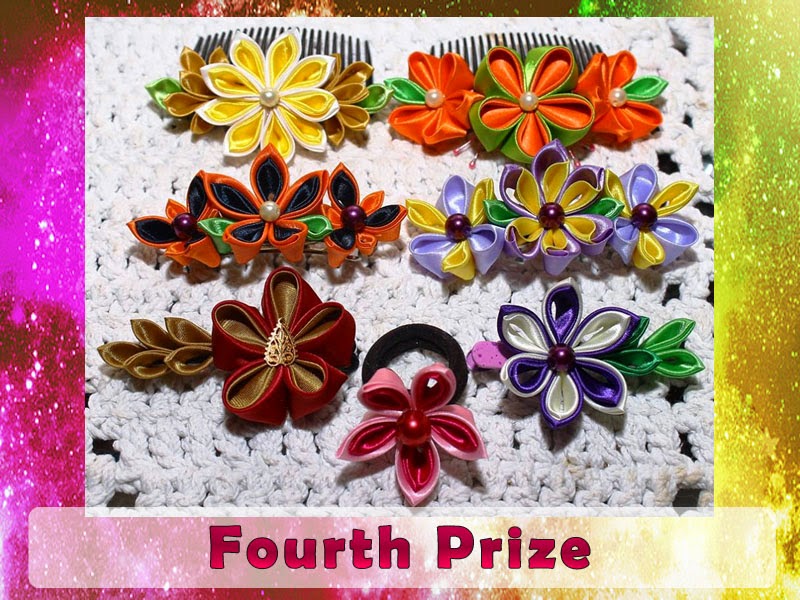 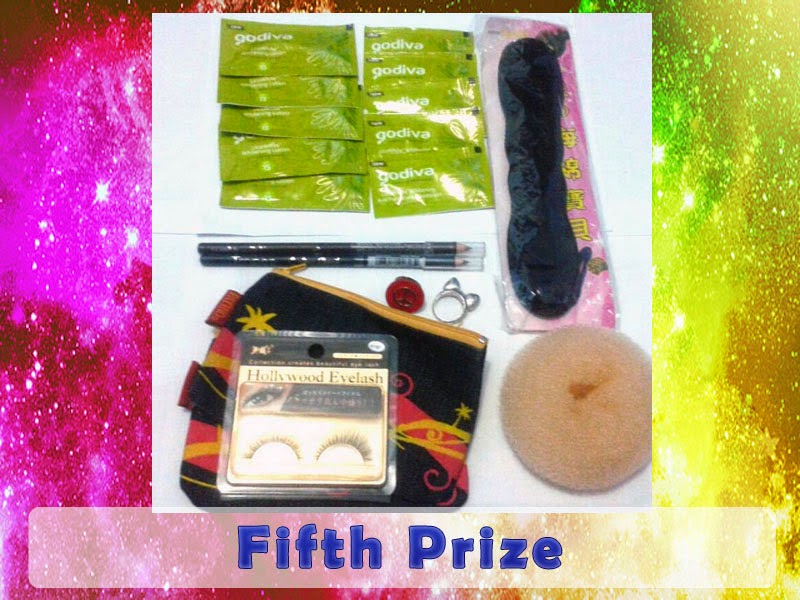 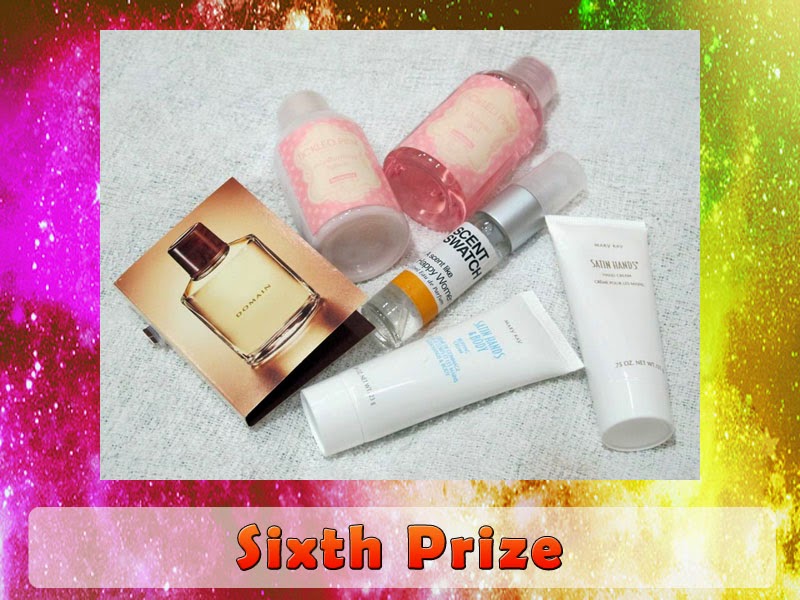 To join the giveaway, follow the mechanics in the rafflecopter app below:

Thank you so much for the overwhelming support on both my blog and shop!
I will try to host more giveaways in the future!