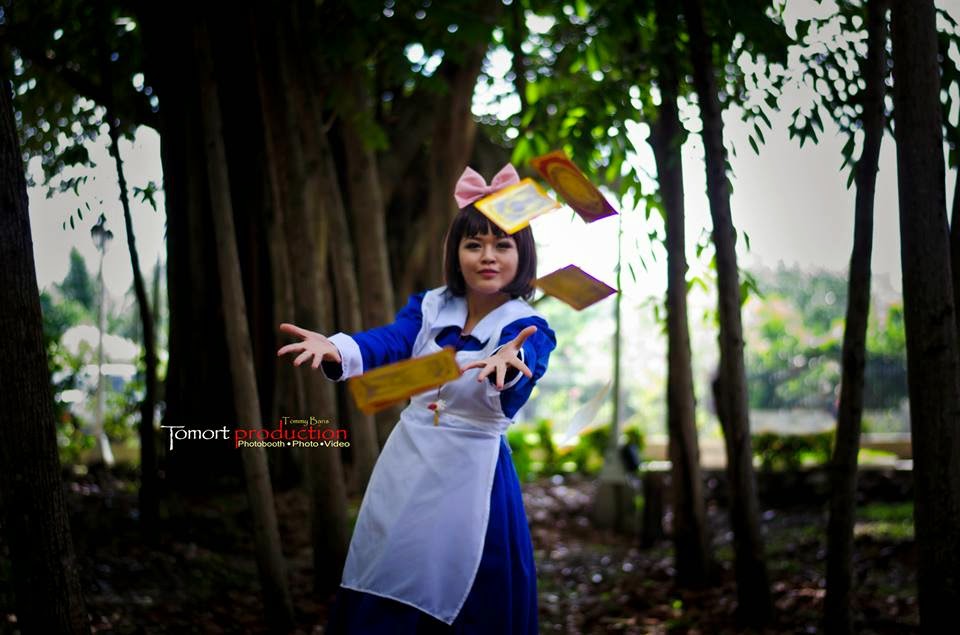 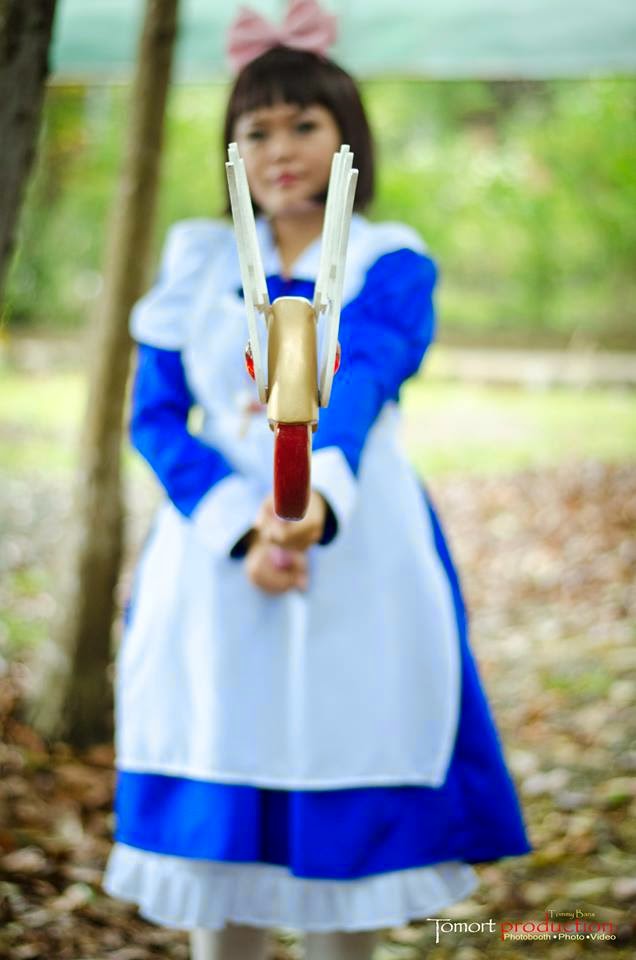 Card Captor Sakura is one of my all-time favorite anime character. I've watched the whole series more than five times and collected stickers and stationary sets with her photos on it. (during my time, collecting these were really popular. LOL) 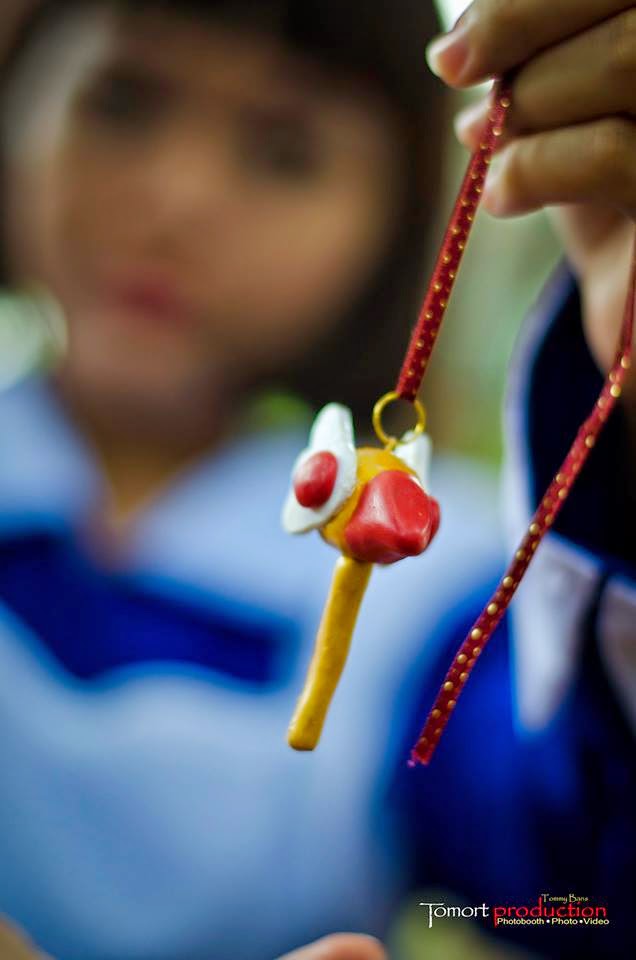 The shoot was done in one day together with my Miku Hatsune Lots of Laugh MV Cosplay by Mr. Tommy Bans of  Tomort Production. He was the one who invited me and requested for two cosplay sets for that afternoon session.

This was the first cosplay set that I wore that afternoon. I was still establishing rapport with Mr. Tommy and his wife. (I got really nervous during the entire session!)

Despite feeling tensed, I tried as hard as I can to portray Sakura Kinomoto 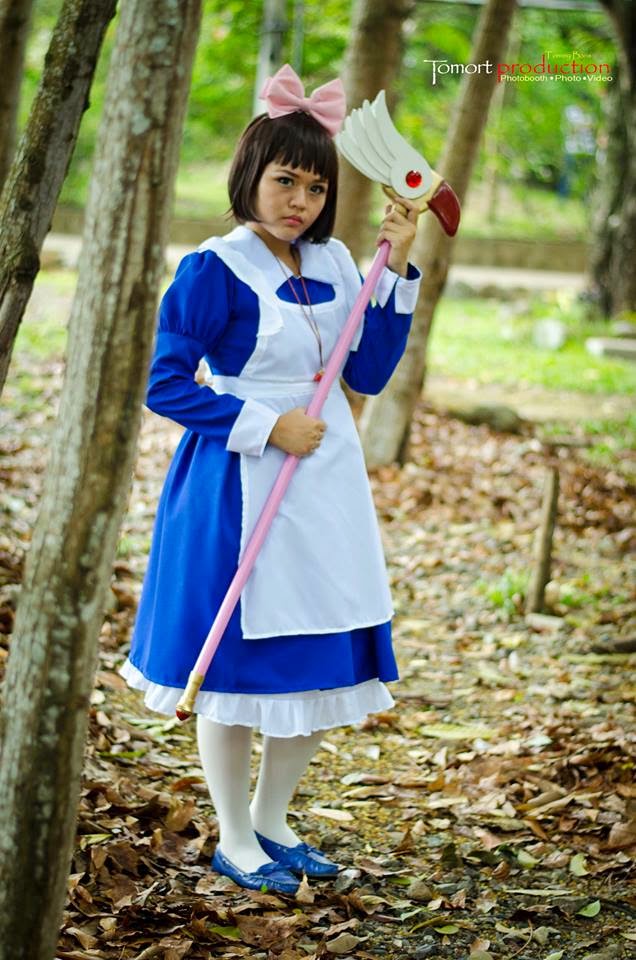 The wand was beautifully made by Mark Ongchua. Although it was more of a staff than a wand, I still loved it! It was kind of proportional to my size and it looked like it was going to take flight anytime soon. (The wings are a bit bigger compared to the anime version.)

I kind of looked like an adult version of Sakura (High School Sakura version?) LOL

Anyway, this blue maid outfit was seen during the Little Card episode, where Tomoyo visited Sakura's home and had her try off a new costume when the Little card cast a spell on her, making her small - similar to what happened to Alice in Alice in Wonderland. 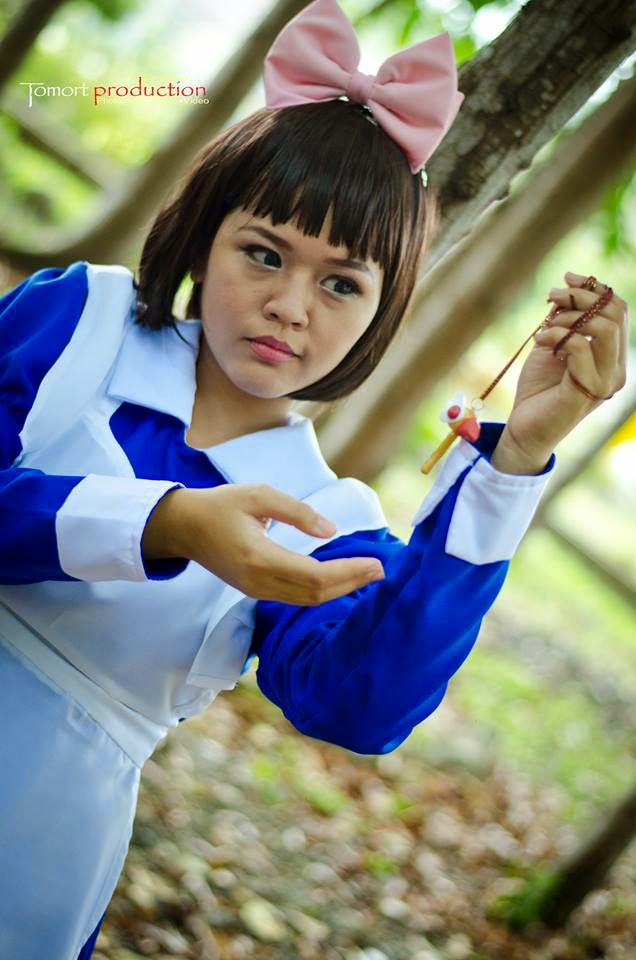 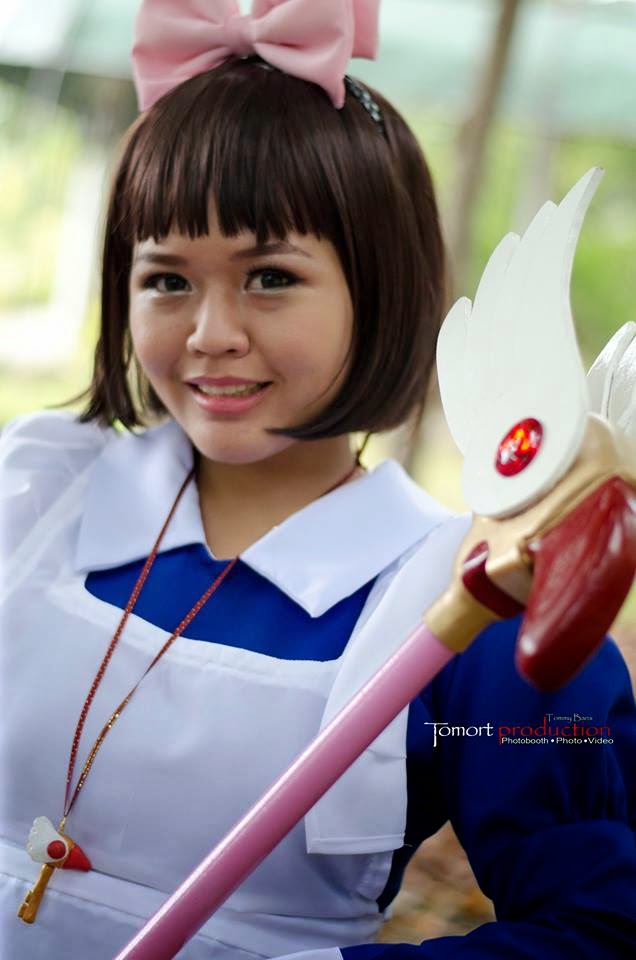 I hope I can redo Sakura by the end of the year. This time I'll get a better wig and have a better costume made. Maybe I'll cosplay the opening song version. (And film a cosplay video as well? LOL)

What do you guys think?