Around the end of 2015 I started a new hobby: collecting ball joint dolls. My first one was Eros and he is a DollFamily ZhuangQi on Mirodoll body. I love him so much and I wanted him to have a companion so just this February I received Paris after ordering him last December 2016 (He is a DollFamilyH XiaoXin on Mirodoll body). Now because I post a lot of photos of them on my Facebook account, some friends wanted to meet them in person.

This gave me the motivation to organize a doll meet up for Zamboanga-based doll enthusiasts. With my friend Alyssa's motivation, I was able to host the very first Doll Meet in Zamboanga City!

I gave a talk on the basics of BJD and how to own one. I was glad that those who attended showed much interest during my presentation.


I introduced Paris and Eros to them and talked a little about each of their personality. I expressed how owning a BJD is not as intimidating as it seems. I got good feedback after the short discussion from the participants. Some showed interest in shifting to doll collecting as a hobby. YAY! They were thankful that they were able to meet Eros and Paris whom they got to know from my facebook and instagram posts. (My dolls' IG account: @dollling)

After the mini-discussion, I gave out a couple of crochet coin purses that I made by raffle. 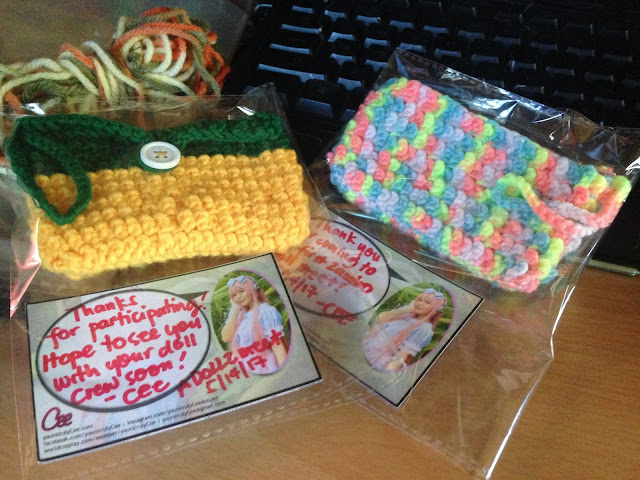 We formally culminated the meet by having a photo shoot of the participants with Eros and Paris:

Due to demand and popularity of the event, I will be hosting another intro to BJD meet for those who are interested in but were unable to attend this event. Watch out for the announcement on our A-DollZ page:

Thank you to those who showed up even though it rained hard that day. Glad that I was able to share my little knowledge on asian ball jointed doll with you. See you next doll meet!