Hello there!
Welcome to my "wonderland".


First of all, let me introduce my self to you:
I am Cee residing in Zamboanga City. I love taking photos and I love dressing up as my favorite characters. I love blogging. In fact, I write otaku-related posts on these sites:

Blogging is one of the things I enjoy doing other than cosplaying. Sharing little things about my self and my experiences might touch somebody's life somewhere out there.

Last 2016 I became the assistant event director for the Mindanao Cosplay Summit 2016 Regional Qualifiers for Zamboanga Pensinsula and as of 2017, I was promoted to Head Coordinator and Event director for the Matsuri Fever 2017: World Cosplay Summit Philippines Zamboanga Peninsula Qualifiers. The pair who won that event were able to represent the Philippines after also winning the national qualifiers. They were sent to Japan for the World Cosplay Summit event last August 2017. 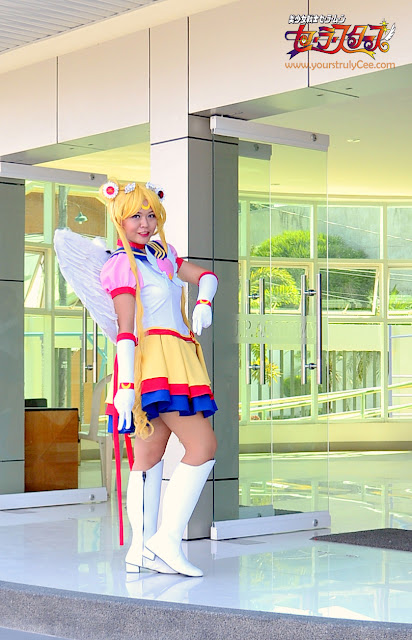 I got tired of those social networking sites that limit my freedom in customizing my profile so I turned to blogs which let me do anything I want with any story I post. Photos are best presented by accompanying it with words and blogging let's me do that.

Why naming it "Wonderland"?
The cosplay world is like Alice's Wonderland created by Lewis Carroll; a curious, difficult place to go but when you happen to stumble on it's hole, there is a great chance that you would likely to explore it.

What is 'cosplay'?
It is a form of expressing yourself by portraying famous anime, game or movie character that you love in cosplay-related events like conventions and photo shoots.

My history in cosplaying...
I started cosplaying during the first convention in Zamboanga City and since then, I have joined shoots and mini-events related to cosplay. Sometimes, I create the costumes and props that I wear. I was the one who created my Misa Amane cosplay that won an award in a mini-event and also my weapon in my Gogo Yubari cosplay that also won an award in the second cosplay convention here in Zamboanga City. I have already appeared in a few shows (together with my friends) because of cosplaying. One was in TRIBAMEDIA, the others were in ABS-CBN's Independence Day Event and in MagTV De Aton Este.

As a girl who loves photos...
Well, my specialty is portrait shots. I do organize cosplay and fun shoots with my friends once in a while. Recent ones were the Open Cosplay Shoot and the Golf Fun Shoot. Watch out for my future blog posts on my other previous shoots soon!

Thank you for reading and come back soon! :)